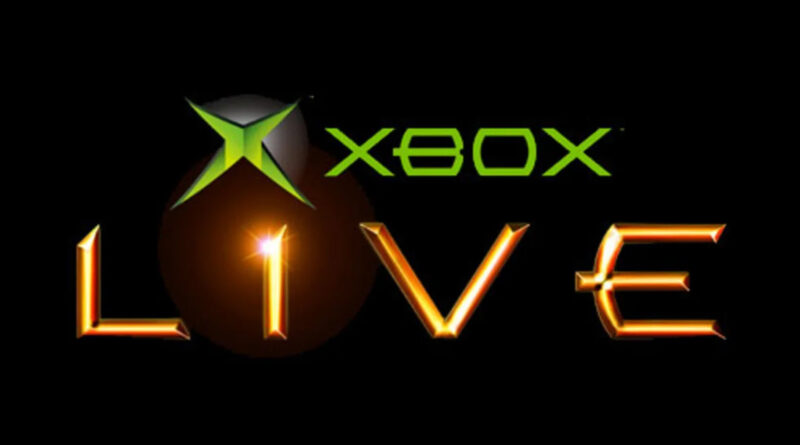 Xbox Live! is being promoted as the next revolutionary thing to hit console gaming. It is not a new idea as PC’s already use multiplayer gaming for games like the Quake and Unreal Series. Even the Sega Dreamcast had it’s own dial up multiplayer service but there were troublesome times with hacking and bad connections.

Xbox Live! is trying to use a more user friendly service and one that only uses a broadband internet connection to hopefully make the gaming environment a much smoother and enjoyable affair.

UK users were asked to fill in a questionnaire and beta testers were selected. I am one of those lucky people who received Xbox Live! Beta for the UK 5 months before the official release one year after the Xbox Launch date, which means Xbox Live! is officially started in the UK on March 14th.

What you receive in the kit is a rather nice silver and black zip case with your communication headset, 2 DVD’s, memory card and some instruction manuals. There are 2 DVD’s, one to use before the 14th November and one for after when the USA gets their Live! service officially opened. Remember this is the beta kit so the memory is a limited edition for beta testers and the retail Live! kit will have just the one disk.

The headset is a very smart and lightweight piece of hardware which plugs into your Xbox controller where you would normally put memory cards. Obviously the Xbox has 2 memory ports per controller so you can still have one memory card and your headset plugged in all at once. After inserting the connector into your controller you will notice a wheel. This is to alter the ear piece volume just in case you get somebody shouting in your ear. Setting up the service is a fairly simple task if you have had some minor experience with networking. I was lucky and have Windows XP installed, NTL Broadband 600k and a hub. By just plugging a Cat 5 Ethernet cable from my Xbox into my hub, the Xbox did all the auto-detection and I was away. Other people are using hubs and some plugging straight into the cable modem or by other means.

After inserting the Xbox Live! disk it installs new information to the built in Hard Drive and adds an extra option on the dashboard. You now have Xbox Live! as a selection where you can manually configure the connection and accounts. Now time to get into the gaming.

The first demo (and that’s what it basically is a demo) is of the popular Moto GP for Xbox. With this cut down version which sports 3 tracks of the 11 available from retail. This game was rated very highly by the Official Xbox Magazine and from this online demo you can see why. The graphics are very slick and smooth and the handling and speed make for a compelling online game.

In the game itself you can either let Xbox Live! search for a game automatically saving all the hassle of changing options or define criteria such as what language for voice chat, number of riders, number of laps etc. Once you have found a game you wait for a short while in the lobby where other gamers worldwide are also waiting. Here you can voice chat and advise the host on how you would like the game set up in the options such as stunt mode where crashing into each other is actually rewarded or just a straight forward race around in Championship, Quick Race or Qualify to determine a more fair grid position for everybody rather then a random selection.

If joining games aren’t your thing then you can set up your own game to host. Now on PC games when you set up as host you either have to pay a hell of a lot of money for a games server or let your computer and internet connection take the brunt which with most people is impossible with more then a few people on one connection. This is not the case on the Xbox however as even though you set up the gaming conditions, Microsoft’s servers take the brunt of the power needed to run a still smooth and perfectly flawless server.

When racing you can talk to a few riders in front and behind you shouting things such as, “Hi” followed by a quick “bye” as you whiz past on a tight corner. This is all possible thanks to the great voice chat feature and has made this game a far better community experience. Beats typing frantically any day. There are rare occasions where people swear excessively and overly annoy people, but do not worry as you can block the voice communication for that one person so you no longer have to suffer.

An interesting part of Xbox Live is the Friends list. Not only can you see if any of your friends are online but also invite them to your game even if they are playing something else. With the centralised nature of Xbox Live! it is possible for you to be playing Mechassualt and get a request from a friend to play MotoGP. Now how cool is that. In the lobby before a game I have spoken to a lot of Americans (bearing in mind their beta test started much earlier) and they have nothing but high praise of the service and have many suggestions for additional features. One of the better ones suggested to me was a facility that used your MSN messenger account to tell your online contacts on your PC that you are playing Xbox Live! as a status message.

So how is playing MotoGP better then the Single Player experience? Well remember reviews of so many games going on about enemy AI and opponent AI? Well AI being Artificial Intelligence and how clever your opposition are. Well with MotoGP AI you can pretty much tell where they will turn and most of the time do nothing out of character. This is where online play has an advantage. After a few hours of playing this game online you realise that the first corner is crucial as with everybody doing very random manoeuvres it is easy to lose half the grid after just the first turn as your opposition are very unpredictable. This makes for fantastic excitement throughout the race. You can literally lose hours just talking never mind racing and in this, just a demo of 3 tracks, you have no boredom and keep playing and playing and yet more playing, Xbox Live! is that addictive. So if this is what a demo can do, imagine when full games like Unreal Championship is on the scene and clans start popping up, truly exciting just thinking about it.

The voice masking feature is a nice idea, but it just gets annoying very quickly and most people prefer to use their own voice as it is hard to recognise a lot of the time what people with voice masks are saying to you.

Imagine Fuzion Frenzy with a hint of Unreal Championship and maybe you can get some idea of this game. Including the puzzle element and fragging options this game was at first a disappointment, but after giving it another go it soon starts to get addictive. Not as addictive as MotoGP but addictive in it’s own right.

The idea is to collect 50 or 100 stars and while doing this in a very small area shooting and avoiding the other players to steal their stars. If collecting stars is boring for you then you can create a game where fragging is the only point scoring method.

The levels look nice enough but the whole game seems very repetitive and doesn’t have the staying power like MotoGP online demo does. Both of the games remember are demos.

Xbox Live is the future of gaming! Playstation 2 owners do indeed have limited online games, but remember all the accessories you have to buy such as the hard drive and the online adaptor which the Xbox has all built in. This means that Xbox developers can make use of the features knowing full well that everyone who has an Xbox has these features and of course the communicator. For Playstation owners to experience an Xbox Live of equivalent quality, they are going to have to wait at least till 2005 for Playstation 3 and even then the Xbox 2 will be out and maybe with more online features then before. This is where Sony is going to lose out big time. Online play is far more addictive then any single player game and Playstation owners will recognise this when they see their mates Xbox Live and who knows maybe the Xbox can overtake Playstation sales thanks to this new service provided by Microsoft.

Compared to PC gaming you will notice immediately the much smoother gameplay and even though programs like Roger Wilco that enable voice chat, it could never compare to the Xbox Live! system as not everyone has it installed and quality was quite poor at times. I can actually see many PC users loving Xbox Live for its simplicity and fantastic features. I for one now prefer console online gaming on the Xbox over PC online games which came as a shock to me.

I for one could never go back to no Xbox Live! All I have to do now is wait for all those yummy online titles for Xbox that are coming out from now and over Xmas. 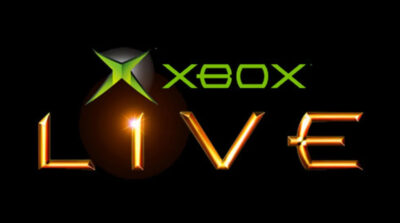