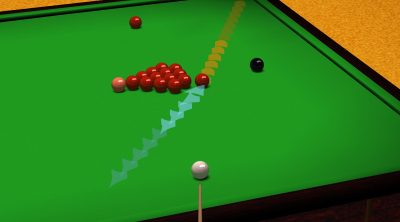 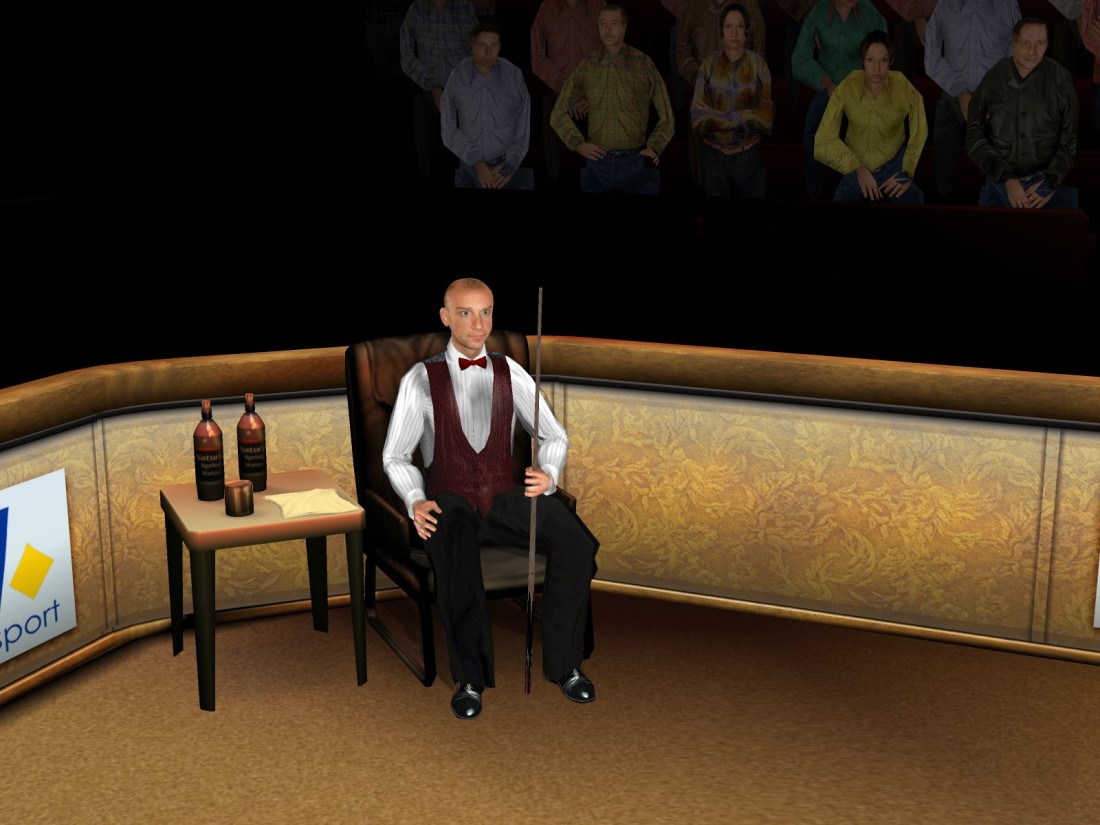 At last we now have a snooker game and not only that but one with an official license and commentary. I hope this game is going to be ‘Snooker Loopy’ fun.

Now for the folks who have had a pint in one hand and a cue in the other, the art of snooker is as timeless as the Bee Gees in the music industry and just like the Bee Gees you will either love the experience or learn to loath it. With our first offering for the Xbox we notice firstly the graphics, but unfortunately not in a good way.

Although the crowd has very sharp edges due to low polygon use which you do expect when there are a lot of them around the arena, but when the actual players look as poor as the crowd you know there is something wrong. The game boasts “incredible photo realistic graphics”, which sets a high anticipation for the quality. You can recognise your favourite snooker players so this is indeed partly true but some of the expressions the players pull and the slow character animations makes for very hard viewing. Whoever thought of putting this statement on the box, must have been down his local snooker hall and had a few too many as it simply doesn’t fit. 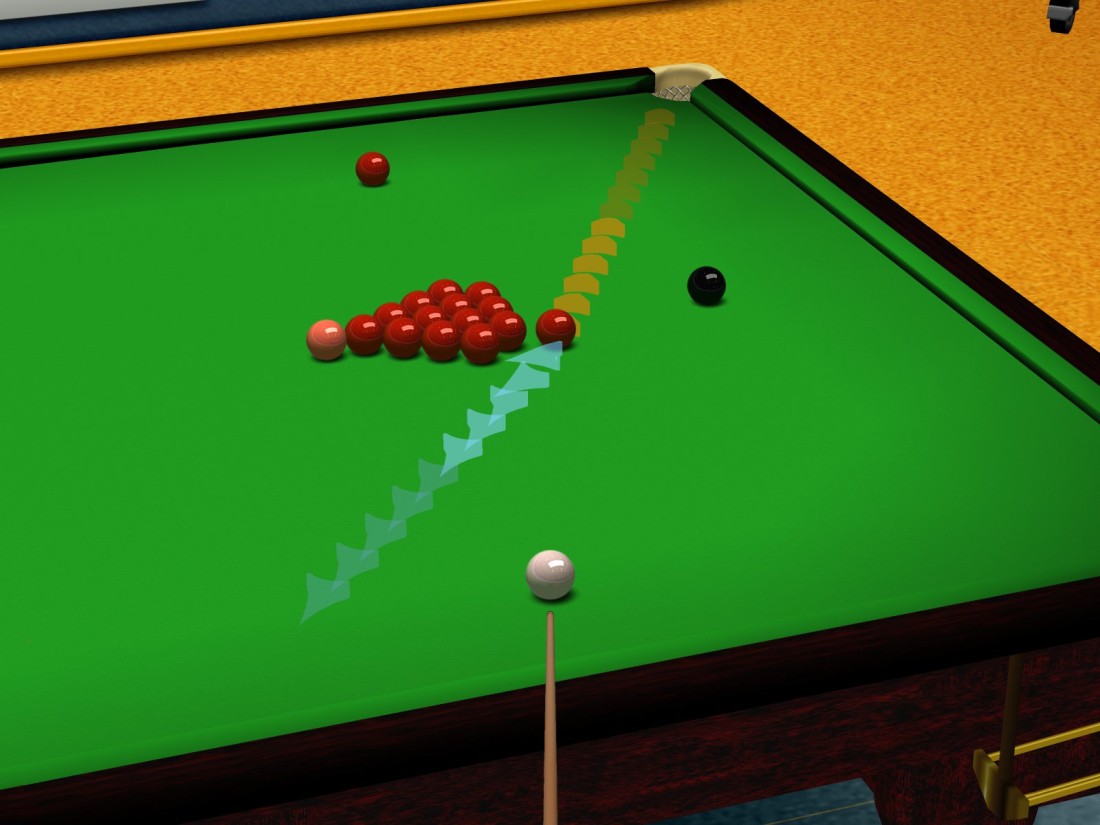 Luckily the ‘B’ button allows you to fast forward the animations, but there are so many and they are so long, that the button will find itself constantly pressed to skip all the dreary animations from the game. You can turn the animations off but then you lose a lot of the details from the game so you can’t win really. The tables look fine and the snooker balls close up look very shiny and realistic. Further away though and the jaggies show up everywhere especially around the balls which turn into blobs rather then balls. So graphically not exactly using the Xbox potential, but hopefully the gameplay can save it.

As you would expect there is a career mode where you play various tournaments to unlock different arenas for use in other modes. You have the option to watch all the CPU games, if you are totally insane and have nothing better to do then this is the viewing mode for you, but I would prefer the skip option which is also available. Most people will be tempted by choosing the ‘Beginner’ aiming mode. This means that you see lines indicating where the cueball and coloured balls will be heading. In beginner mode you get a good scope of how the shot will occur, but at a huge cost. With all this assistance your opponents are nothing short of incredible.

One tiny mistake by you even on the first round results in the computer opponent clearing the table which doesn’t do much to encourage you to play more. Not much of a beginner mode if you struggle to win even the early stages, but select ‘normal aiming aids’ and the computer opponent suddenly becomes beatable even if you do lose some of the extra assistance you had before. There are still lines to point where the balls are heading, but viewing from the top of the table they are no longer visible making potting that much more challenging. 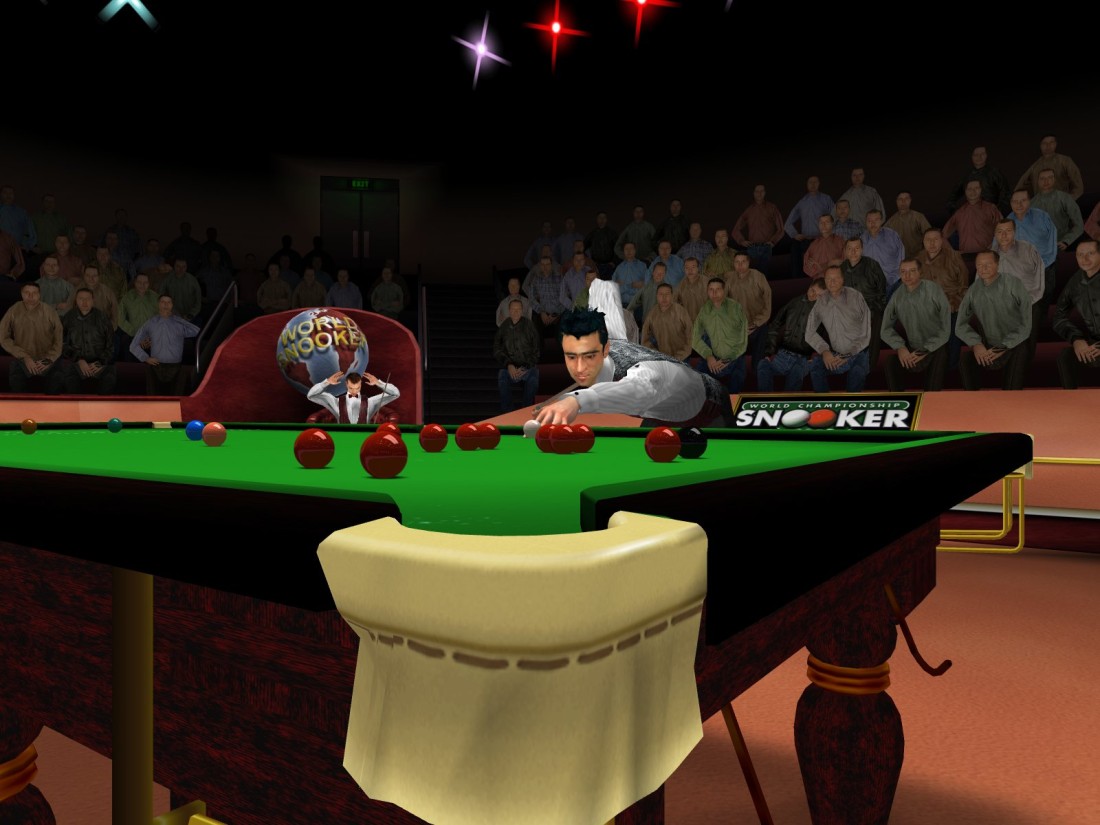 With commentary from Dennis Taylor and John Virgo, rather then just throwing insults at bad shots, they actually give some good advice. Sometimes indicating which ball to pot next or even which colour you will be likely to set yourself up on after potting a red.

There are always mistakes with commentaries on any game and this is no exception, but this is not often and there is a use for the commentary for good gaming hints.

You will also find the training mode useful. From the break they will tell you which ball to go for, which pocket and where best you need the cueball with very clear indications. This is a great feature of the game and gets you thinking like a real snooker professional. Some of the players in the game you will probably recognise are John Higgins, Peter Ebdon, Ronnie O’Sullivan, Mark Williams and many more totaling 25 pro’s in all.

The actual ball physics are very realistic and you do feel when potting the balls you are becoming a real pro when you start not only potting balls, but thinking a few shots ahead as well for position. The satisfaction of snookering your opponent or playing a good safety all make the game a more rewarding experience. The controls are well worked and a satisfying game of snooker can be had especially if you get your mates around for a few frames.

If snooker is getting a bit boring or you want a change also included is US 9-Ball Pool and the UK equivalent 8-Ball Pool. I didn’t find this half as much fun as the snooker games but still a nice extra to have. If this isn’t enough for you then try some trick shots featuring John Virgo. This can keep you busy for quite a while as you try and master different types of shots.

Another poor part of the game is the audio. Although the commentary is fine, the actual shot noises and crowd noises are very tame and lack lustre. It just doesn’t grab you when the ball’s collide with one another. One thing that did startle me was when reaching the Snooker Semi-Final in a tournament you open with an introduction of both players. So as you expect he announced that I was playing Mark Williams and then instead of saying something boring like ‘Player 1’ he actually said James which shocked me at the time. 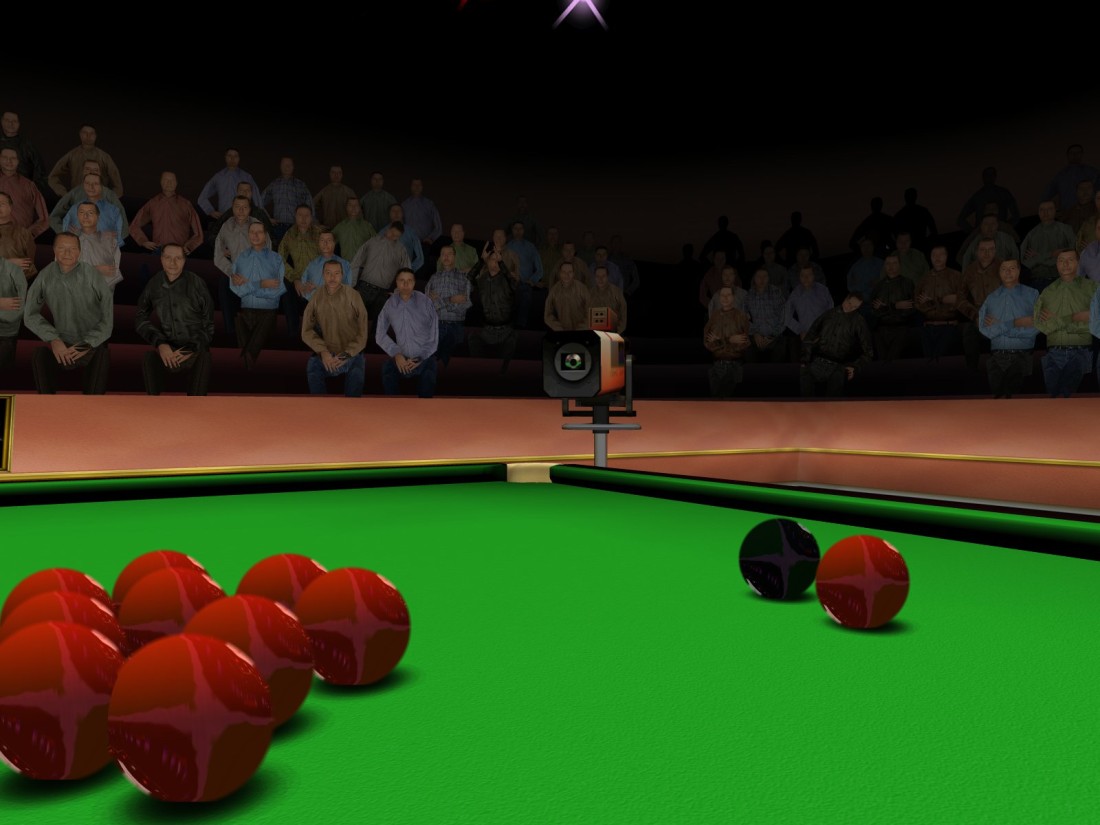 A pretty solid game of snooker let down by too many flaws. Visually not appealing enough and the so called ‘Beginner’ mode a joke. With no competition on the Xbox this game will do well and there are good times to be had, but with quite a few niggles and long character animations, it can also drive you potty.