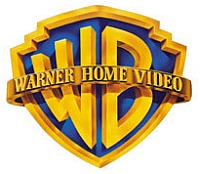 If there was going to be one item in the news that could cause my temperature to rise in 2008, it was this. Warner has announced that from June 2008, it will no longer release any HD DVD disks from its vast catalogue of titles and instead use Blu-ray for high definition movie releases.

As you know from an earlier post, I was someone rooting for HD DVD to win this format war, but this seems like a distant dream now with this latest revelation.

This will probably effectively kill the format war with the possibility of only a handful of studios willing to stick with HD DVD this year. There were rumours of a new Xbox 360 variation to be announced soon that would feature a built in HD DVD drive, although this would seem unlikely with recent events as well.

I am not going to be one of these people who will suddenly lose faith in the format and start selling my small collection of HD disks, but I am very concerned for the format and how it can survive this massive blow. We can’t underestimate the loss that HD DVD has suffered, particularly when Warner movies tended to have better features on HD DVD than on its Blu-ray counterpart. The obvious HD DVD advantages must have been staring Warner in the face from day one, but the pull to be the deciding factor in the format war, that by moving to Blu-ray offered, must have been too much to ignore.

It is all about momentum now and how other studios will react to the news. The next month could be vital if HD DVD is going to have any chance to continue on. I still believe that for the consumer, HD DVD is the best choice and I certainly won’t be buying into Blu-ray until I have got over this latest shocker, but if we really want to experience HD movies on a physical storage medium, Blu-ray may be the only option in the not too distant future.

Let us also not forget the poor bleeders who have invested in HD DVD over Christmas especially in the United States of America, where there have been fantastic reductions on stand alone players including superb movie bundles, only to find that Warner waited until January to announce their decision.

I sit here expectantly hoping for a HD DVD announcement to give us supporters some hope, but I really feel this could now be the time HD DVD begins the process of waving the white flag. Come on HD DVD, please prove me wrong!

I too am absolutely gutted having bought the 360 add-on 3 months ago. I only have a small collection of 13 movies and probably won’t be adding too much to my HD DVD collection. That said, I’m still not going to buy a Blu-Ray player until HD DVD really is dead and the shops I buy from have stopped stocking them.

Was always coming unfortunately, Sony having Blu Ray built into PS3 just makes the market theirs. Not that it matters, digital distribution is the next big thing.

Having only bought my HD DVD player about 2 days before the announcement, i am slightly gutted! From comparing the specs of the discs that are on both formats it does seem that HD DVD’s tend to be the better option especially with the Audio.