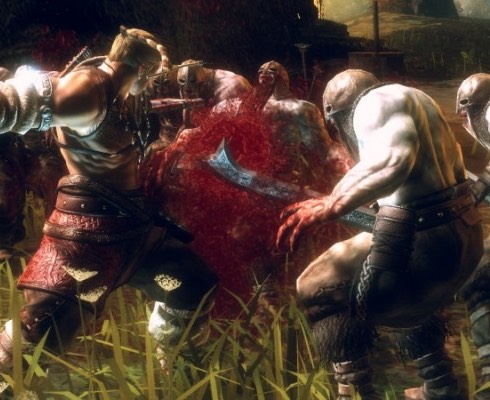 I have been enjoying Viking: Battle for Asgard lately on the Xbox 360. My poor Xbox 360 has been a little neglected lately due to my fairly recent PS3 purchase, but that was more the novelty of having something new in the house rather than it beating the Xbox 360 overall.

I have been beckoned back by a title I didn’t expect would have any chance of wooing me. Hack and slash games aren’t really my thing, although I have to say I am really enjoying the basic idea of severing evil demon limbs with pleasuring fatalities, while also pandering to the will of attractive female gods. 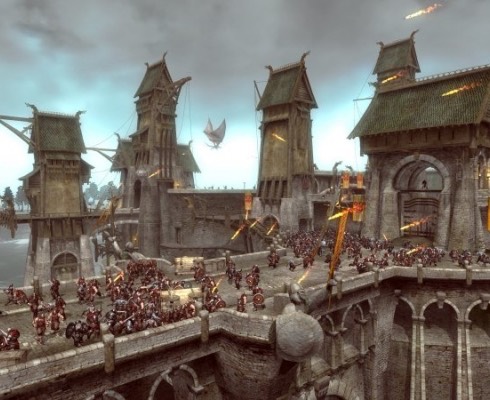 Vikings just like Romans seem to attract a lot of attention. We look at the history and you can’t help sitting up to listen at both the wonderful and tragic tales that fill our imaginations. Building on this fondness, Viking: Battle for Asgard goes some way in creating an entertaining journey, sporting spectacular large scale battles and a few mini quests here and there before the real onslaught ensues.

Although there are some pretty apparent limitations to the game, such as a lack of variety in attacks and powers, the title does manage to put together a decent package of thrills for both Xbox 360 and PlayStation 3 formats. Rescuing fellow Vikings will strengthen your army, creating a scene of mass numbers whenever you need to defeat an entire collection of evil monsters. 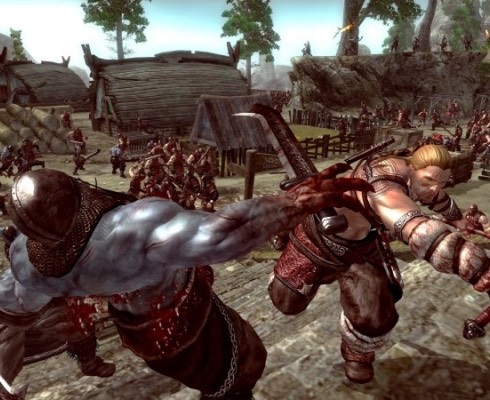 The game is also quite humorous, although probably not intentionally. After completing all of the little quests that involve saving Vikings, collecting items, defeating enemies etc, you then have to charge an amulet that will summon a dragon, which will come in useful when you face your first major confrontation. Unfortunately for you, the place is surrounded by high fencing, evil forces protecting all the entrances and where ever there is evil, of course it rains. The solution though is to connect with your demon inclinations and wonder how they might slip up. No not by their meagre intelligence and no not because of their lack of tactics, but by the fact they obviously like soft furnishings on the floor. Yes even the barbaric hordes of doom like a rug or two to comfort them after a hard days slog. After all obeying an evil woman all day does seem a lot like hard work to me! 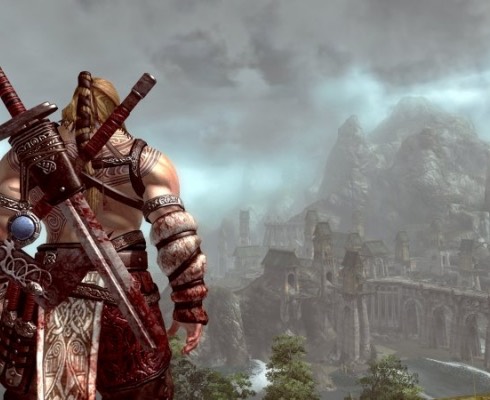 So the solution is to find a rug that has been hung over the side of the fence and climb over it.

Ahhh the simplicity and I bet you won’t look at The Lord of the Rings in the same way again. Just think… All the trouble they went to in bypassing the enemy and all they had to do was find a rug draped over the side. Well joking aside, I am sure there is an excuse lurking about, such as this was once a Viking stronghold taken over and tidying up isn’t in the monsters job description, but hey I prefer my version of events.

Therefore, if you like a pat on the back for finding lost items, facing massive hordes of evil enemies that wish to inflict immense pain on your people or you just like slicing and dicing and have broken your special QVC knife requiring you to fulfil this desire elsewhere, you will find something amusing and entertaining in this title, even if it is a little repetitive and lacking the richness other games in the genre may feature. This for me is its charm though as I get bored very easily if I have to power up too many times.