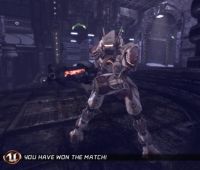 Ever since I played the original Unreal Tournament with the 3DFX graphics card on the PC, I have been in a mad love obsession with the series (if you excuse Unreal Tournament 2003, which I found a little bizarre). Although I adore my Xbox 360 console, the gamepad doesn’t really allow for the sort of fast paced action this series is used to.

Thankfully I have a new PC now, which oozes with power and smiles, however it is only since I have received the latest title in the series, Unreal Tournament 3, that I have found that spark for PC gaming yet again. I was influenced a little before, but it has taken this classic gameplay with modern graphics to tempt me back to the fold. 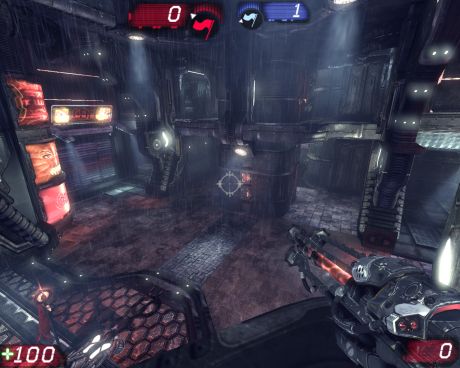 One of the most exciting additions for me, is the return of a few original Unreal Tournament maps. Coret (pictured above) was a superb dash from one end to the other in Capture the Flag, especially with the InstantGib mutator (One shot, one kill basically). The level doesn’t have the trademark doors, allowing your foes to hide until you try and pass through one, but it does look gorgeous and retains many of the favoured trademark areas. 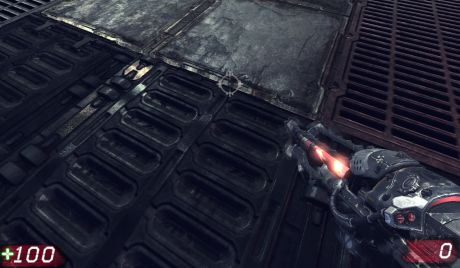 Unreal Tournament 3 is brilliant and although I have only really just begun in my exploration of this PC gem, here I am years later and just like the very first Unreal game, I still find myself staring at the high resolution textures! I blame the early days of 3D accelerator cards, when looking at texture detail in games was a pleasure and really added to the quality of the gaming experience.

My roommate and I still play UT 2004 on PC some nights. Amazingly enough people are still out there with servers. Takes me back to my high school days. ;)

For me, the UT games all seem to be the same – just wrapped up in some new, shiny graphics. Same goes with UT3. I tried the demo but just couldn’t get into it. Or maybe it’s just the fact that I don’t like twitch-shooters that much. :)

But I’m glad you’re getting back into PC gaming. It’s the best gaming platform ever. (IMO)

UT3 is really good! The best in the series so far.