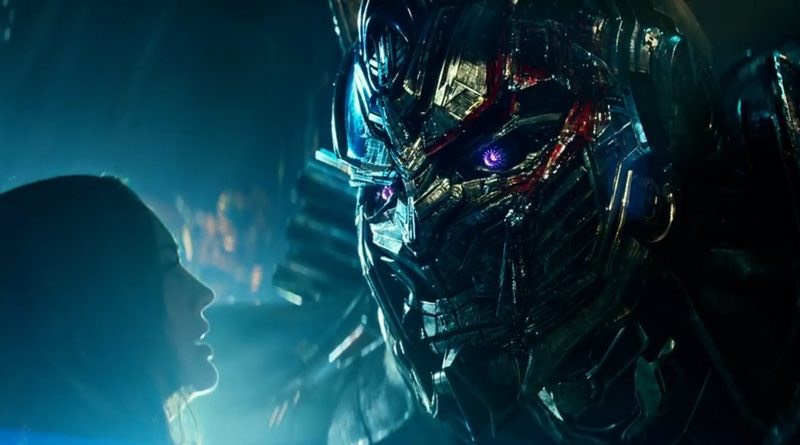 It is hard to believe it has been ten years since the original Transformers movie from Michael Bay appeared. I remember watching the film with awe, especially as the Transformers do what they do best, and that is of course to transform. The transformations were extremely complex, with teeny tiny components twisting and combining for your eyes amusement. However, a decade later and now we expect so much more from a Transformers movie and yet we never are graced with a plot that stimulates the mind to match the visual spectacle.

I will try and be as spoiler-free as I can, however will reveal small titbits that won’t exactly give too much away.

I will try and be as spoiler-free as I can, however will reveal small titbits that won’t exactly give too much away.

So as you will have already seen from the trailers, there is a hint of King Arthur legend here to add extra gravitas… and this is how our movie begins. A medieval battle between good and evil you might say, with the typical Michael Bay sequences of people spinning through the air after insane explosions. It is here we are introduced to Merlin, an inebriated Merlin in fact. Yes, Merlin is here to save the day after consuming vast amounts of alcohol, but of course the story isn’t strong enough on its own without a little drunken humour and it is from this moment on, even from the very beginning of this movie we see how the comedy falls completely flat.

This so called ‘humour’ is forced from start to finish, with characters thrown in to form the light comical entertainment or at least relief from all of the action and unfortunately this fails miserably. It is literally painful to watch at times as characters are introduced just to throw in a giggle or two and then disappear again for much of the movie.

Which brings me to the next topic, story…

Again, the trailers sought to inspire your movie going aspirations with stories of legend, heroism and dare I say a chance to actually view Transformers history explained on the big screen. Not just action and explosions, but a clear view of the origins of the Transformers. What could go wrong?

Human characters, in particular a teenage girl, at least in the trailer set expectations for a brave female hero that would would lead an important role in the film. What could go wrong?

And then finally there is Nemesis Prime, Optimus Prime’s now twisted version of himself determined to save Cybertron at the expense of our own planet Earth. What could go wrong?

It is literally painful to watch at times as characters are introduced just to throw in a giggle or two and then disappear again for much of the movie.

Unfortunately pretty much everything… Even with returning characters from the very first Transformers film to add some nostalgia, with key locations and props making a reappearance – everything is just a complete mess.

Transformers: The Last Knight almost feels like several movies thrown into one, an attempt to add so much and yet explain so little. As soon as a character appears, it is almost over again to make way for another action sequence. When time is finally taken to explain something, the poorly written humour again makes an appearance, as if the movie going public can’t cope with a moment of reflection and understanding and therefore needs a chuckle to remain entertained. It actually becomes a little insulting at times.

If you watched the original trailers and imagined a movie full of detail, with key characters making a significant difference to the plot you would be wrong. Even Nemesis Prime, a key component in the original trailers is over before it begins. Again, I don’t want to reveal spoilers here, but if you believe this takes up any significant part of the film, it doesn’t and neither does our young female hero. It is all so puzzling!

Even with returning characters from the very first Transformers film to add some nostalgia, with key locations and props making a reappearance – everything is just a complete mess.

So what is Transformers: The Last Knight…

Simply put nonsense, from the story that can’t cope with any seriousness, the action that now is becoming stale due to the simple fact we have seen it all before, characters that appear and then simply disappear just as quickly and then the comedy that just doesn’t work.

Stop insulting the movie going audience and provide content, a story that truly is legendary and brings forward the richness Transformers lore deserves.

Before you judge me on my own verdict, also understand I have loved Transformers from a very young age. I have enjoyed the previous Michael Bay films, although some have certainly been better than others, but have always loved the spectacle if nothing else. Transformers: The Last Knight is certainly the weakest of all of the five films and now more than ever we need a new direction. Stop insulting the movie going audience and provide content, a story that truly is legendary and brings forth the richness Transformers lore deserves. 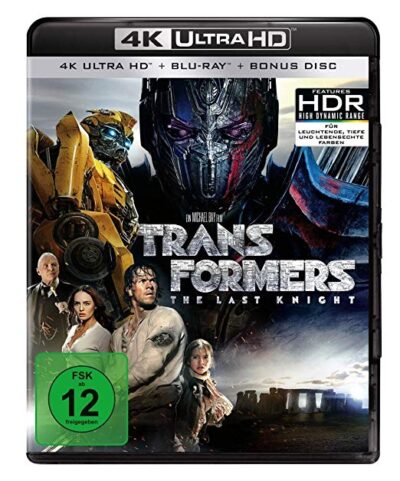