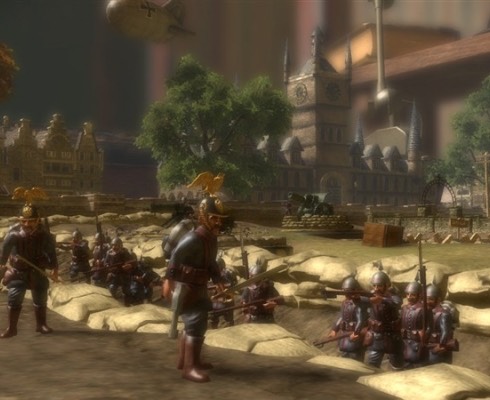 It is not often we see a World War I title appearing on any gaming platform, in fact the reverse is usually the case as we see more ‘modern’ warfare types giving supposedly more exciting and devastating arsenals at our finger tips. Well chuck that recent development out of the window as we travel nearly one hundred years into the past to relive the weaponry, vehicles and even music of the 1914-1918 era.

This is classed as a ‘tower defence’ game and that is effectively the challenge ahead for you as you follow the single player campaign. You are tasked with the important position of defending your ‘Toy Box’, which is the target for the enemy that sits at the heart of your base structures. If enough of your foes reach this area (20 in total), the end is swift and your defeat humiliating. 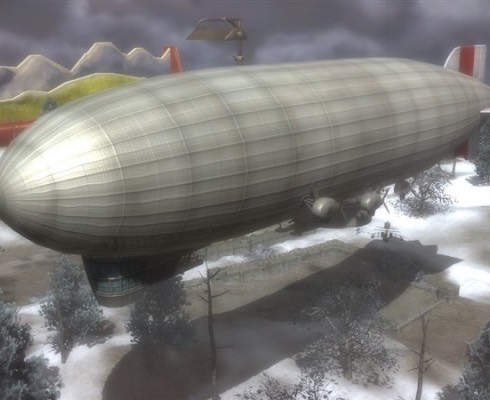 You are not powerless to prevent this horrific end from occurring though. Variously sized squares are positioned around your base, where you can place machine guns, chemical weapons, mortars, anti-air defences and devastating cannons. These all cost money and although you begin with a small mount of cash, the bulk will be awarded for your obliteration skills. The more enemies you destroy, the more money you will have for buying new defences. It doesn’t stop there though as you will need to allocate some of this toy carnage income to upgrade your weaponry and repair any damage. Learning the right balance is essential and watching the top of the screen for the type of attack that is about to commence is crucial for placing the correct defences. You may have stopped the heavily armed tanks from penetrating your base, but if you have over used a particular class of weapon, you will despair at the sight of 20 infantry strolling right into their target with very little resistance. You may even have to start selling certain weapon placements to prepare for the boss fights, which loom from over the horizon as these massive mechanical beasts trample towards your position. Firing everything you have may not be enough if you have the incorrect set-up surrounding your base.

Attacks will come from the muddy landscape to the gloomy atmosphere above as planes bomb and fire at anything that attempts to prevent them winning the day. Once your assortment of defences are positioned, a nice twist to the game is the ability to dive in to much of the weaponry be it gun placements or even the tanks and aircraft and take complete control. 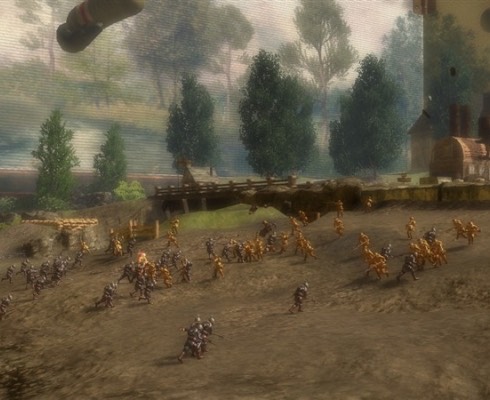 The campaign lasts for 12 missions fighting with the Allies, but then you switch over to the other side extending the longevity and all this before we move on to the multiplayer…

Multiplayer is a slightly different kettle of fish as both you and your opponent have resources for not only defending, but also attacking. Yes I can see the grin on your face as you read this statement, but be warned, it adds yet another important dimension you will have to carefully prepare for. Attacks again will cost you money and you still have to cater for defending. Not an easy task! Unfortunately though this section of the game can be a little cheesy. By controlling planes, you can fly straight into the toy box without any real effort or expertise, rewarded for your poor sportsmanship. Modes and maps are limited in this area, however you can customise the action before you set off out of the trenches to give an extended life to the title. You don’t need Xbox Live for this though as you can also enjoy a spell of Split Screen with a friend nearby. 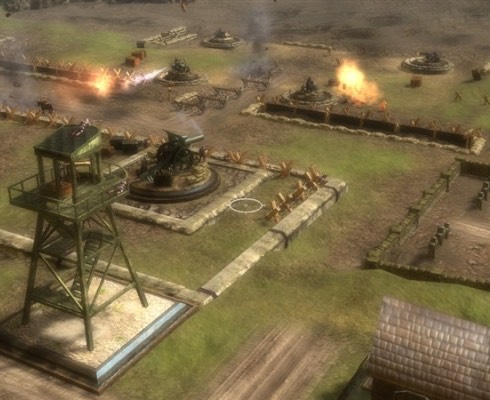 All of this strategic planning and devastation takes place in the charm of a toy universe. You find yourself placed in a room within a house with all manner of tiny toys waiting to attack. Although small in scale, their level of detail and attraction to the eye is high and they all recreate a sense of war even with their toy like limitations. The sound of weapons and vehicles couldn’t be further away from the world of toys as their war like pounding, crashes, swoops and screams, make the action all that more intense and for much of the time you forget these are just innocent wind-up playthings. The music within the menus will also add to the nostalgic factor even if many of the songs are but a memory for the younger among us. 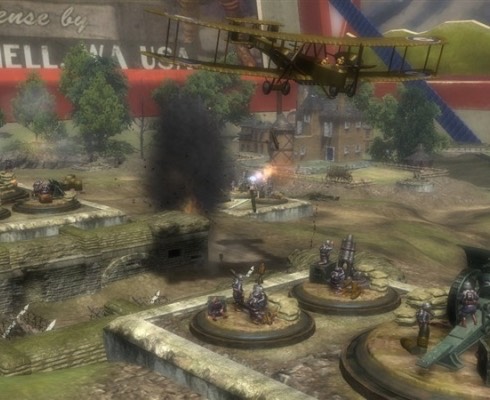 It has been a long while since war has been this much fun without impeding anyone’s conscience. This innocent diversion away from the blood and guts, yet embracing the character and charm of the era somehow adds war to the mix with a cheeky and pleasing result. If you love tower defence games or are looking for a new way to wreak havoc, then Toy Soldiers is crying out to be lavished with your time and war expertise.