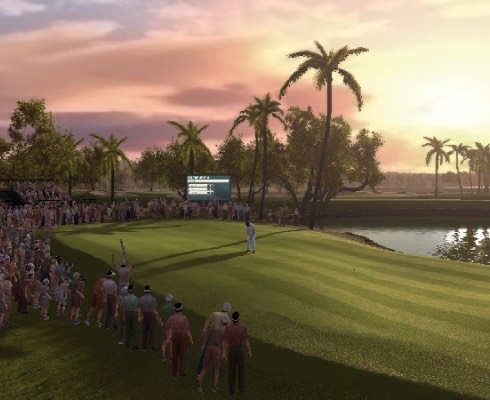 I have reviewed so many Tiger Woods games for the Xbox platform that introductions almost seem unnecessary at this point. I am sure we all know what the series is all about and the slow progression when it comes down to graphical and gameplay advancements, yet they are the best golf games available.

One of the new challengers to the mighty Tiger Woods PGA Tour franchise for the Xbox 360 though ironically comes from the same series, but on a different platform. The Nintendo Wii now sporting the extra sensitive Wii Motion Plus controller, allows the golfing experience to shine like never before. Yes the graphics may feel limited compared to our next generation beasts, but the immersion benefits have turned a few Xbox and PlayStation users heads to the little white box of joy. So what does the high definition version offer for those of us who don’t want a Nintendo Wii?

It is the same old story really… There are a number of noticeable tweaks to the gameplay and the most notable of these is the new fixed length putting system. Don’t panic though, you still have your trusty guide that allows you to position yourself to where you expect the ball to follow finishing hopefully in the cup and then you can trigger the guiding line to make sure or re-adjust. The difference is the power calculations as you move around the cursor the bar on screen shows how much power is needed, however you still have to take into account the greens lumps and bumps. A far more sensitive experience that is welcome although at first you may be banging your head against the wall until you get used to the new setup, but get used to it you will. 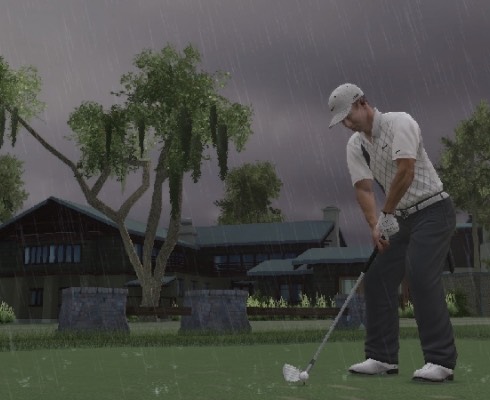 Another new addition is Live weather courtesy of the Weather Channel. Rather than randomly setting weather be it raining, cloudy or a splendid sunny day, Tiger Woods PGA Tour 10 will actually gather information on real life conditions. If it is raining in Scotland, heck then it will be raining at any Scottish courses. Although not the sole reason to go out and purchase this title, it does actually add an extra sense of realism and spookiness to it all, especially if you are playing a course that is also live on the television. For a change, you won’t actually mind some varying degrees of weather conditions.

There are a whopping 16 courses now benefiting from a new tournament design. This is just a new way to enjoy the single player experience, as you progress completing courses and hopefully annihilating your opposition. Just like last year, your player attributes depend greatly on how you yourself perform which consist of Power, Accuracy, Short Game and Putting. If you hit the fairways, avoid the sand and score single shot putts, you will notice your skill levels increase, however perform badly and they will decrease. This is a fantastic way to keep your attention at a constant high no matter how many games you have played. Attributes can also be increased by unlocking and purchasing equipment such as different clothes and golfing paraphernalia. If more games followed this approach, I would be a happy man.

Tournament Challenge (what was Tiger Challenge in previous instalments) is another key aspect of the game… Here you will take your plucky character through various obstacles set up through the plethora of courses. These include achieving a score lower than the target set over a number of holes, or matching key golfers shot for shot. GamerNet challenges also remain, enticing you to beat other online gamers drives, chips and putts.

There are more than 30 professional golfers, but I am sure like me you will create your own personalised golfer and of course the usual capture your face by either Xbox Live Vision Camera or using a photo uploaded to the EA servers is on offer. The results do not match those of Fight Night Round 4 in any respect so your resulting likeness may better resemble your worst nightmares, but with a little time and effort, a pleasing result will be your reward. 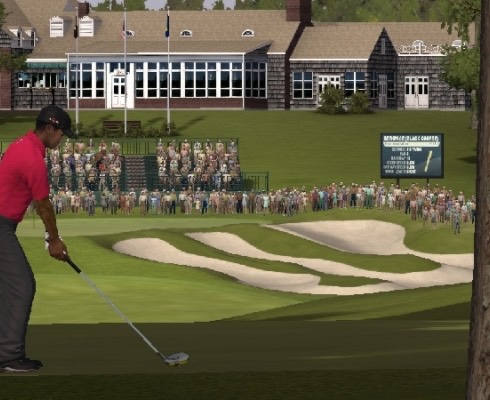 Although the analogue stick on an Xbox 360 isn’t as satisfying as the Motion Plus on the Nintendo Wii, there is still quite a bit of scope for accuracy, timing and power. It is amazing how even the simplest of shots can go askew if you aren’t spending enough care and attention to your preparation and eventual attempt. Luckily, an image of a golf ball in the lower left of the screen will show you your wayward shots in a handy graphic.

Online is just as much fun as ever with simultaneous gaming with up to four players allowing for a fairly speedy round of golf. I personally prefer the one on one approach where you scrutinise each others shots, however for more people it is the ideal way of getting around the course without losing the will to live.

Tiger Woods has always been a nice looking game, yet no matter how many tweaks there are to the engine, the courses start to look very much like a mish-mash of the stunning to the darn right ugly. Let me first say though that overall this game certainly doesn’t have poor visuals by any means. The lighting, the textures and the landscapes do inspire a sense of gratitude and awe, yet with this excellence small areas stick out like a sore thumb. The crowds look totally unrealistic and the buildings look completely out of place with the surroundings.

Last year, the commentary finally took the matter of golf seriously and I was over the moon with this decision. After all, I had mentioned it in almost every review previously at my disappointment with the inane jocularity. There was a problem though with this new found 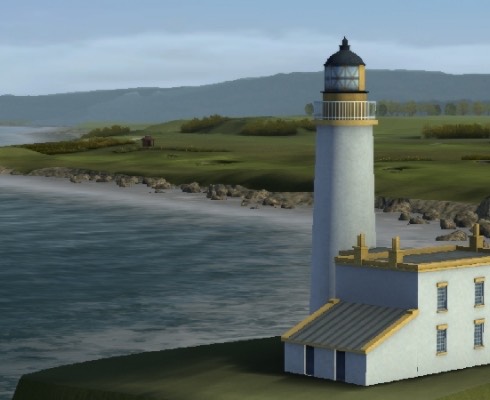 seriousness as the male commentator sounded like he was a zombie from the Michael Jackson ‘Thriller’ video he was so lifeless, and droned on rather than adding to the experience. Now though the dreariness has been replaced by a more tantalising auditory atmosphere although it still leaves scope for improvements.

It is this overall atmosphere that increases your desire to pull off the best shots you can, however as good as it can be, the repetitiveness is getting a little old now and could do with an overhaul. The music though isn’t the usual EA Sports license grab for well known artists and instead we have a very nice selection of relaxing tunes matching the golf aspect to a tee.

There are a ton of modes both offline and online to enjoy, but if you need a little extra you can always purchase additional courses. If somehow you get a little bored, there are a ton of mini games that always adds to your golfing delights and by that I mean superb. There is a rich variety to choose from especially if you have a friend with you. 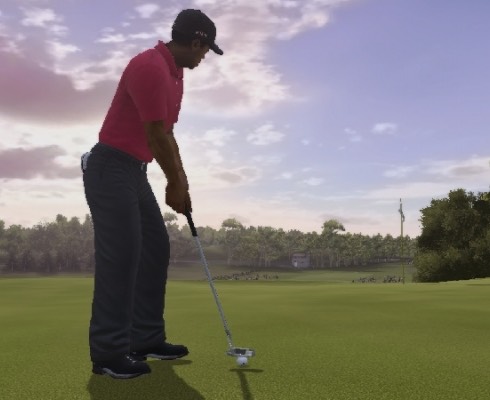 Tiger Woods PGA Tour 10 continues to improve on previous instalments and is still a pleasure to play when you are either offline or online battling your friends. The usual tweaks and additional features help improve an already decent title that is sure to delight many golfing fans. If you are not obsessed about golf however, you would be probably better skipping a year every time you invest in a Tiger Woods PGA Tour game. Although the updates are clever, make sense and add to your playability, is it worth £40 each year? Possibly not, however even if you do dip your hand into your money, satisfaction will overcome the hole in your bank account even if it does resemble much of last years efforts.