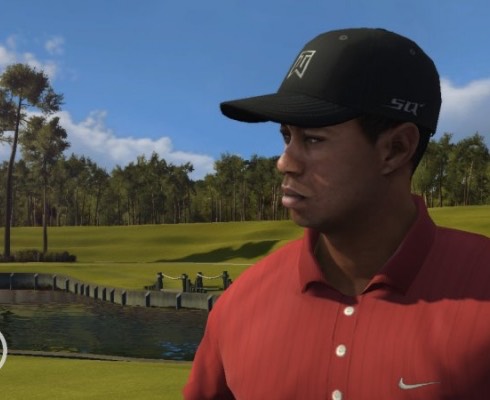 Yes it is time for yet another Tiger Woods game on the Xbox 360 and as usual we hope for more tantalising features, new courses, tweaked graphics and more importantly, a big step forward in the evolution of the series. We are often disappointed with the small strides Tiger Woods games often bound along at and unfortunately for us mere mortals, not an awful lot has changed overall.

As per previous Tiger Woods titles, we see a lovely selection of new game modes, features and courses to wet our appetites for yet more action on the virtual lush green grass presented in high definition. 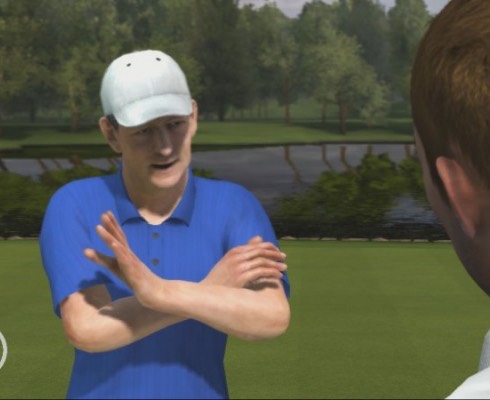 Hank Haney, Tiger Wood’s real-life coach, will welcome you and will give you the quick tour of the basic controls. He will continually assess your performance offering challenges to improve your player statistics. Just a shame he has very little charisma, but hey at least he is a man in the know!

Let us also not forget that you can still import your photo off the EA Sports website or utilise your Xbox Live Vision Camera to map your own face onto your gaming character. This works just the same as last year and the results are pleasing.

If your swing is drifting consistently into the danger zones of the course, then why not visit the added ‘Club Tuner’ area. Here you can adjust many individual club settings including power, workability, loft, spin and draw. You have to be careful though to balance ease of use with performance. Power isn’t everything and if you push this area too hard, you will lose vast amounts of accuracy.

In previous incarnations of the series, Tiger Wood’s games had you battling for supremacy, which was made far easier once you had maxed out all of your character attributes, however now we see the introduction of ‘Dynamic Skills’. If you are playing particularly well, your statistics will increase to match, however for the first time, if you are failing in certain areas of your golfing abilities, it will also decrease. Clothing attire and equipment purchases include skill bonuses, which still make a noticeable impact on your performance, however the dynamic system really keeps you on your toes. You will no doubt struggle to keep your player proficient in all areas all of the time, but that is half the fun. 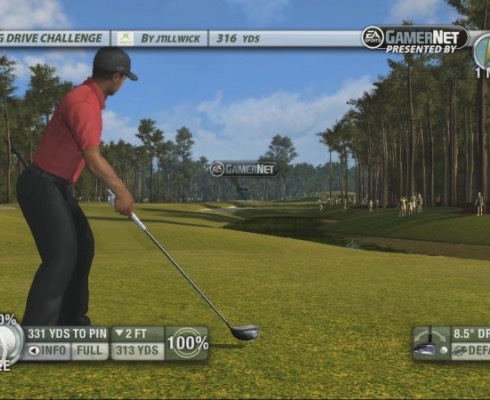 As usual, game modes include PGA Tour Season and Tiger Challenge. Tiger Challenge in particular has been altered as now you have to defeat a number of tasks before taking on the pros and this is calculated by points rather than overall completions. Other than that not a great deal has changed, but what has changed is certainly an improvement.

New courses are an important factor and there are five added to the now growing mix. These include the Gary Player Country Club in South Africa, Wentworth Country Club in England, Sheshan Golf Club in China, Wolf Creek in Nevada and Bay Hill Country Club in Florida. New golfing professionals include Si Re Pak, Darren Clarke, Nick Dougherty and Rory McIlroy.

As far as on-line play goes, Tiger Woods PGA Tour 09 now sports ‘simultaneous play’, which sees you balling against up to four of your friends, but rather than taking in the scenery while you wait for your friend to take their shot, you are all (as the game mode suggests) taking your drives, chips and putts at the same time. This obviously makes on-line a vastly 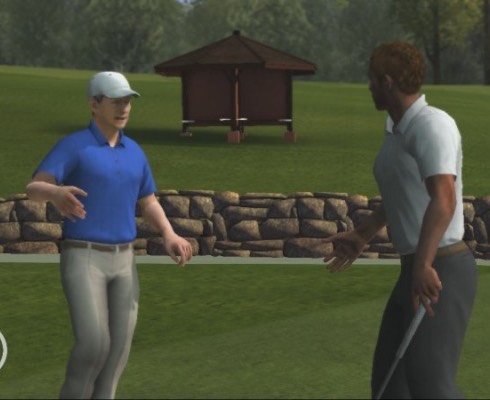 quicker experience with friends or random individuals. This isn’t the first time a golf game has used such a feature, however it is very welcome on Tiger Woods. Coloured lines represent the opponents shots so you get a rough idea of where they are heading. I am just surprised though that more players haven’t been allowed to compete at once.

The on-line action doesn’t stop there though… When you are playing many of the single player modes, EA GamerNet seamlessly integrates into the mix. Small indicators on your screen will appear every now and then with challenges. These are submitted by other gamers of the franchise and may include longest drives, closest to the pin etc. Beat the user and you will earn points, which eventually unlock achievements. EA GamerNet also has its own section in the game, so if beating challenges is your thing, you can let yourself loose on the many available. This feature really is a nice touch and will keep you interested for some time as it also includes leaderboards. 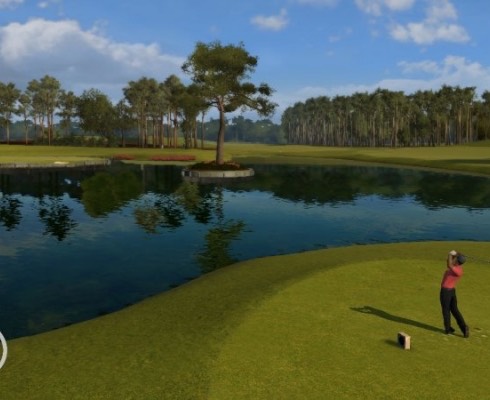 Welcomed improvements have been made visually with Tiger Woods PGA Tour 09. The water has gushed into a whole new life stream, with impressive waves and reflections. The lighting also has had a kick up the back side and really shines on any golfing occasion with tremendous glee. The newer courses always have an extra sparkle, however overall graphically Tiger Woods PGA Tour 09 is starting to show its age.

Lets face it… Tiger Woods has never looked astounding and just like on the original Xbox, the graphics never really seem to change dramatically once the engine for a new platform has been released. I fear that we will have to wait for a new more powerful console before EA consider giving the graphics a real boost we can all really notice, but until then, we will have to make do with a few token gestures that are appreciated yet don’t go far enough.

One of the aspects that have been annoying me for years with Tiger Woods golf games is the inane sarcastic commentary that grates and goes against any feeling that you are playing a realistic portrayal of a golf experience. Finally after much moaning, we are presented with two new commentators who take the sport far more seriously. No more jibes about other commentators in the game, just remarks on your golfing prowess (or indeed lack of it!). 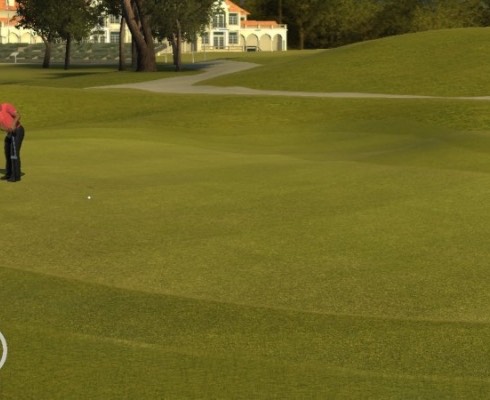 There is a slight problem though… We have gone from the overly energetic to the tired and slow. By this I mean sometimes you do actually believe they were recording some of the commentary in the early hours of the morning. I am sure a cup of strong coffee would have helped, but even with this little niggle of mine, it is a vast improvement. I still await the day when we see British commentators take the helm, however for now at least I can play with a mild smile on my face without having to turn the commentary completely off.

Listening beyond the commentary, the usual crowd sounds, players screams of depression and bird song remain prehistoric and also could do with some serious attention from the developers. Somehow I can’t see it happening any time soon.

There are an incredible amount of game modes to take advantage of and GamerNet will add to the entertainment greatly, however it is actual on-line play that will always extend a titles life and the new ‘simultaneous Play’ option will surely entice golfing fans into a quick and decisive round. It is nice for the first time to have a full 18 hole romp without it taking well over an hour with three other people.

Achievements serve their function as per usual and offer enough difficulty to encourage persistence, while also not proving to be ridiculously hard either. 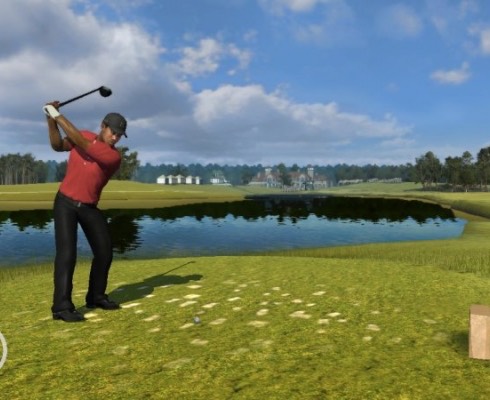 We are often left wondering whether the grass really is greener on the other side, however with the lack of decent competition up against this Tiger franchise, it really is a no brainer to recommend the latest instalment of this popular series.

The graphics may be starting to show serious signs of neglect compared to other titles from EA Sports, however the rock solid gameplay, superb selection of modes and on-line interactivity make it hard to be overly critical.

Got this for my PS3 a few weeks back and haven’t had time to play it loads but what i have I thought it was pretty good. I didn’t buy the 08 version so the differences are very noticeable. The only thing I don’t like is the putting as with the normal controls it’s hard to know how much power you are using. I use the 3 click power for putting adn it’s a lot better.