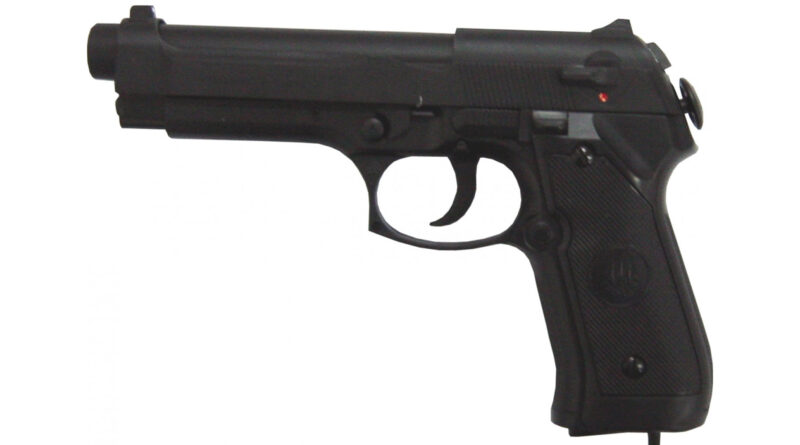 As I write this review, something struck me. Before the very first game on Xbox that supported a light gun was even released there were already two light-guns on the market waiting for House of the Dead III.

One by Mad Catz and this one I am reviewing here, the Thrustmaster Beretta Light Gun.

First thing you notice is it looks like a real gun. Obviously the long cable from the gun gives away it is not real and the odd button lurking discreetly in the shadows also gives you clues, but certainly without being too ridiculous this light gun is a good replica of the Beretta.

The size of the gun makes for a comfortable peripheral for your Xbox unit and compatibility has also been greatly thought about. Supporting 50hz, 60hz and even newer 100hz screens, this light gun should work perfect for all your shooting needs.

As you would expect it has the usual generous amount of cable and setting up within the game was very straight forward. The buttons are also in nice easy places. At the rear of the gun is a thumb-stick to allow you to navigate menus far simpler then using the actual gun by hand. Also buttons ‘A’ and ‘B’ are either side of the barrel if you should require extra button pressing even when using the gun. The most interesting feature though is the reload button positioned beneath the hand grip. With a simple click you reload without the need for aiming off-screen and firing to reload. The trigger is a very definite action without missing shots as you press frantically.

Above the thumb-stick are the ‘back’ and ‘start’ buttons also well within reach of your little digits. Everything on this gun is really well positioned making it a very pleasurable addition to any compatible game.

With the gun replicating a real gun, the grip is very good and feels very natural to use. With the gun being a copy of a real one though this has a down fall. The size limits the use of anything too large in the peripheral. This means there is no vibration motor which for a game like House of the Dead III is quite a downside as a lot of the feel and excitement is portrayed through the vibration of the controller as monsters attack making you shake around the room.

The only other thing that is of concern is the lack of compatible games. Only House of the Dead III at time of writing is available, but with a competent device like this on the Xbox market, hopefully developers will consider the genre more thoroughly now.

If you want to add realism to House of the Dead III and other games coming to the Xbox market, this is a very good choice. Only flaw is the lack of vibration, but other then that you will be considered quite the cool customer sporting such a stylish peripheral as this holstered to your side. 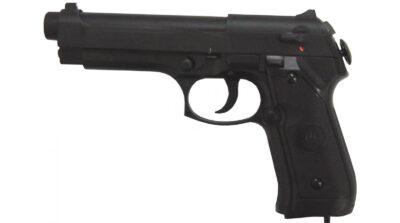 where can i order this light gun??

I believe at this point, eBay is your best bet.