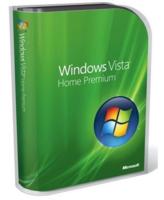 As I explained in an earlier post, just before the launch of Windows Vista I was waiting for drivers for my NVIDIA Geforce 5900 XT and Creative SoundBlaster Audigy 2. With promises from so many companies that the drivers would be ready before or on January 30th, 2007 only to find there aren’t any and if you are are lucky you can grab early beta versions.

Now to be honest I am not that bothered, the standard drivers with Windows Vista for the graphics card run Windows itself very well and I am not really a PC gamer. Creative have released some beta drivers for my soundcard, which will keep me going for now, but avid PC gamers are nothing short of furious that these massive companies have failed to release drivers that satisfy their gaming apatite on Microsoft’s new operating system.

The problem stems from both the user and company though. The companies should have been more careful with their advertisement claims that Windows Vista support would be available before or on the official day of release. Creative in particular always have a massive array of software to tweak your soundcard and I imagine this is causing headaches for the developers. The user also has to be patient as this is a brand new operating system and certain bugs will be found and ironed out over time. You do have to sympathise though as spending hundreds of pounds on the latest technology only to find that it doesn’t run well on Windows Vista would annoy anyone.

Amusingly, I was expecting to wait quite a while before USB drivers to connect my Yamaha keyboard to my PC were released for Windows Vista, however to my delight Yamaha released Vista drivers perfectly on time!

At the moment Windows Vista is getting quite a bit of negative press, but when you have had PC gaming addiction for 5 years on Windows XP, you are going to get ratty when the newest release doesn’t meet gaming expectations. At this point gaming on Windows Vista is a curiosity and certainly if you are really wanting to play your favourite PC games, stick to XP for now or better dual boot and get the best of both worlds.

The Lord of the Rings: Battle for Middle Earth II

Enemy Down – Branching Out into Console Gaming Leagues

I’m sure that Vista is a great OS, it’s just a shame that so many of the essential drivers are absolute crud! Is it me, or was it better with the XP release?