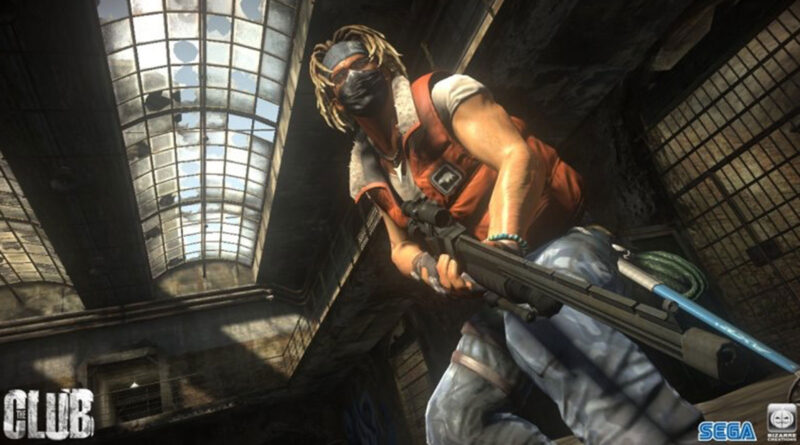 I first earned a glimpse of The Club at a SEGA Rally event way back and even then I was sceptical. The premise of running around, shooting enemies and making sure you achieve enough style and precision in the process to gain the highest scores, well seemed repetitive.

The idea behind it all is to imagine yourself on a circuit. The enemies appear in very similar areas and the layout never changes. You run as fast as you can shooting at the various targets, aiming at their head whenever possible until you reach the end. This is the whole concept and although there are variations on the theme, this is basically The Club in a nutshell. It is not all run and gun as there are a few sections where you are forced to stay within a pre-defined area and shoot the onslaught of enemies heading right towards you.

So a blast from the old school days of gaming, where high scores are paramount to success. Progression and the desire to shamelessly brag your new achievements and kicking superb butt are as important as a hearty breakfast.

The Club is a group of overly rich and powerful folk who are bored of the tedium of gaining wealth by the usual means and instead turn their attentions to the brutal sport that this game portrays. With tournaments featuring eight strange contestants, you progress through a selection of events and if your aiming is up to the challenge, you may actually win.

Basic scoring is straight forward. Aim for the head whenever possible, but there is a sinister twist to The Club that will keep you on your virtual toes. The Multiplier sticks to you like a nasty rash and constantly reminds you of your suffering. If you dawdle at any point, you will soon notice a bar on the screen starting to ‘bleed’ away. Once this gets to a certain low position, you lose crucial multiplier bonuses and if you want to shine in this game, you need these for the final score tally to really impress. You can help stop this bleeding effect by shooting Skullshot icons that are littered throughout the levels, but this doesn’t prevent the speed and accuracy required.

So it comes down to the all important weaponry, which performs quite well as the control system is quite apt, however the inclusion of a melee is often unrewarding and is best used when you are panicking.

The environments are quite diverse each featuring there own nuances, twists and turns, but graphically speaking they are not very dissimilar from one another. In a game with repetition at its heart, it is a little disappointing more hasn’t been done to spice things up a little more. Overall presentation though is pretty attractive and certainly deserves next generation status. Frame rates are smooth through-out, which is vitally important for such a fast paced romp.

There is a multiplayer section to The Club, however for a change it is the Single Player that has the vast majority of interest. Shooting people is always fun, but when you are forced to remember every corner, enemy and bonus location, this is where the excitement is really at. Yes there are your typical modes such as Team Deathmatch available, but it just doesn’t quite keep the feel of the rest of the game. With no cover system, you are left wide open to the elements and the scoring experience you crave in the single player arena just fritters away when online.

There is a lot of merit for this kind of run and gun point scoring system. You will want to go back and aim for higher scores if only to annoy your long standing friendships, but, as a total experience, The Club fails to ignite your sensors.

The Club is a bold attempt at trying something new in the next gen arena while prodding and poking us older gamers with joys of an almost forgotten age, however whether this title actually works is far more dependent on your perceptions of enjoyment. You will either love the premise or despise it, so a gamble if you are unsure. My recommendation would be to try the demo available on either the PlayStation Network of Xbox Live Marketplace before shelling out any pennies for this one. 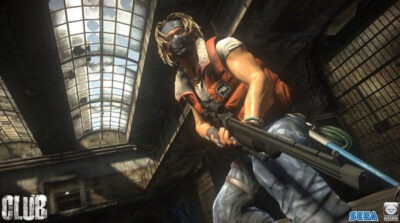