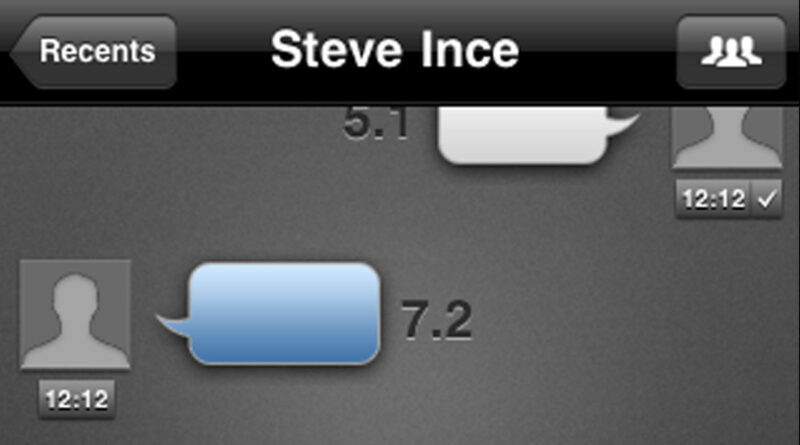 In a world dominated by communications, the simple text message has become a standard method for sending and receiving small portions of information over mobile devices.

The reason text messaging has enjoyed such success is that it is relatively inexpensive and doesn’t demand an instant response unlike an actual phone conversation. Sometimes though, typing constantly using virtual keyboards particularly on longer communications can quickly become a tedious process.

There is another way…

TalkBox currently available for free on the Apple iPhone and Google Android devices aims to replace the frustration with a simple fast method of sending and receiving messages using short voice recordings. Imagine using walkie talkies and you will already have a decent grasp of how TalkBox operates.

When starting the app for the first time, you will need to create a free account which includes a username, full name, email address and of course a password. You will also need to verify your mobile phone number so you can successfully integrate your digital address book to find out if any of your contacts also have TalkBox installed – although linking to your contacts in this way is not mandatory, the developers recommend it. This process worked flawlessly on the iPhone, however the Android device for both myself and a friend struggled to verify this stage resulting in a necessary reboot to pass the seemingly impassable screen. You can also add contacts manually by username or email address if you so wish.

Once registration is completed, you are good to go. Not only can you send and receive voice messages, but also attach photos and include your current location with each individual message.

To send a voice message, all you need to do is to press the ‘Hold to Talk’ box at the bottom of the screen. While holding this virtual button, the app automatically records anything you say until you then release it. The audio and any optional additional content is then sent immediately, displaying the length of the recording on the screen.

The quality is very low and certainly not up to the standards of for example Skype, however actually the ‘walkie talkie’ sensibility continues, with hiss and crackle as part of the recording. Dialogue is still clear enough to identify the conversation and actually you might even say adds a little nostalgic glow to the entire process. You will be tempted to end each recording with ‘Over and out’ and other cliché remarks – adding to the enjoyment at least for the first novel moments of using the app.

It is not just the typical ‘one on one’ chit chats this app caters for, in fact you can invite other people to participate in the conversations – all sharing photos, locations and voice messages.

Just like a text message, you can scroll back up the screen revealing older messages and tap the speech bubble to hear them again and easily relive some of the jocularity that might have taken place.

TalkBox also can be tied in to your Twitter and Facebook accounts, allowing you to share these short voice recordings with your followers and friends. It is unnecessarily scary though due to the fact that as soon as you release the record button after completing your vocal message, it is immediately posted live to your chosen service without any opportunity for checking for mistakes or inane rambling. If you have hundreds of Twitter followers and your recording ends up with a sound that is totally unexpected making its way within your dialogue, not exactly ideal and potentially quite embarrassing.

With a future including other potential mobile platforms, the need to send a text message may soon be at an end as these little voice snippets offer a fast and enjoyable way of communicating with family, friends and work colleagues.

The app isn’t perfect and could do with additional updates including the option to preview recordings before being sent to the world, however it is hard to resist the attraction of messaging with your voice and forgetting the often tedious process of typing on a virtual keyboard. 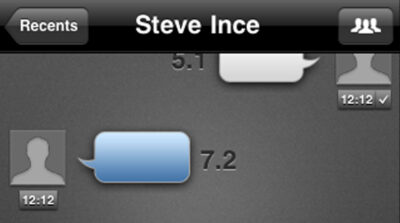