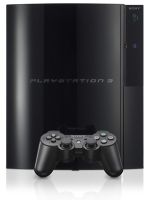 I think we were expecting something like this to happen and… well it has!

When Sony’s PlayStation and PlayStation 2 consoles launched worldwide, there was up to nine months between the Japanese and European releases. So European gamers rejoiced when, at this year’s E3, it was announced that the PlayStation 3 launch would take place worldwide over a matter of weeks in November.

However, this morning Sony has issued a statement saying that the PlayStation 3 release date has been put back to March 2007 in Europe, Russia, the Middle East, Africa, and Australasia. Sony cited ‘the delay in the mass production schedule of the blue laser diode within the Sony Group’ as the reason for the postponement.

Yet more bad news for Sony, it has certainly been a rocky ride so far with the PS3. It seems yet again that the Bluray drive is causing a lot of issues for gamers with the added cost it entails to have Bluray movie playback and now the lack of blue laser diodes. I wonder what will be next?

Oh and thanks to Rubbing Hood (that is his gamertag don’t blame me ha ha) for the information.

Doh!!! Sony really know how to shoot themselves in the foot!:x

I know what a joke. Don’t i get a credit for pointing this out James?? \:d/

OK, here’s one for ya. I e-mailed James about it, but I thought I’d share it with his fellow readers. Sony has also announce that there $600 “true HD” magical experience of a console WILL NOT include HD or HDMI cables to give you that so called “true HD” experience.

Yes my friends, you have to go out and spend an additional $40 – $100 (depending on your setup) to get the PS3 to output HD. Like I was also telling James, I don’t usually act in a fanboy manner when talking about consoles, but give me a break Sony. You suck! :P

James Break out the Wine I will bring the women \:d/ party in Redmond

**pops off to TESCO to browse wine selection**