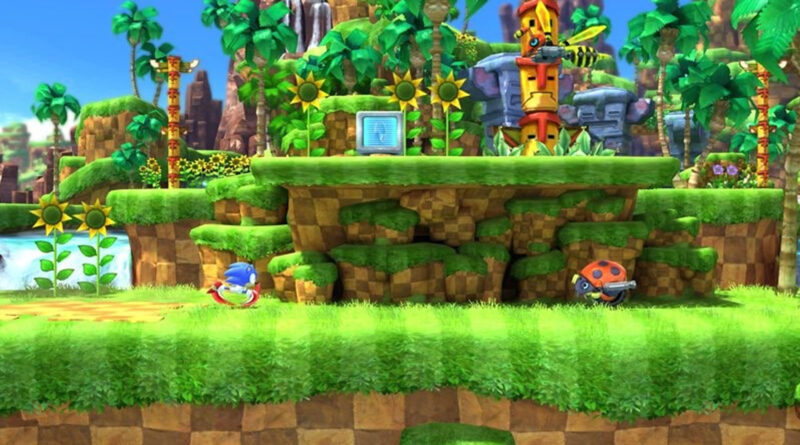 In 1991, Sonic the Hedgehog released on SEGA’s 16-bit console with much fanfare and for very good reason. It was fast, slick and so ridiculously enjoyable featuring memorable music, beautiful level design while also presenting the world with the stark reality the then hardware was fully capable of. There is no doubt Sonic the Hedgehog enjoyed quite a few years of success in this era, but over the last two decades the frequency of average to absolutely terrible releases have damaged the reputation of the franchise immensely.

Very recently, Sonic the Hedgehog 4: Episode 1 was SEGA’s chance to readdress the negative balance they themselves created and although attempting to play on our nostalgic sentiments – it failed to impress with its lacklustre graphics, uninteresting music and average level design.

Now celebrating Sonic’s 20th anniversary, Sonic Generations aims to put all the past grief behind us by releasing not just a homage to our blue hedgehog, but also a true modern take of how Sonic the Hedgehog could and indeed should exist in the 21st century.

Well grab yourself a chair and prepare to be shocked, as Sonic Generations is nothing short of a miracle – hallelujah! It is by no means a perfect title, however the magic has most certainly returned with gusto in this latest offering that is a must purchase for even the mildest of Sonic fanatics.

Sonic Generations brings back classic levels from Sonic the Hedgehog 1, 2 and Sonic & Knuckles – while also delving into sections of Sonic Adventure 1 & 2, Sonic Heroes, Sonic Unleashed, Sonic Colors and even the game from the series we all try and forget, the 2006 version of Sonic the Hedgehog. Zones such as Green Hill and Chemical Plant will take you back to decades gone by, while others will take you on a trip through some of the most memorable selections that appeared within the long running series.

Sonic Generations is really a tale of two Sonic characters. The more traditional Sonic with a permanent 2D side view perspective and the later thrill ride of 3D rotations, insane speeds and crazy loops. Each of the 9 featured level designs include two Acts, Act 1 providing the classic look and feel while Act 2 all of the more modern associations we have come to expect including enemy homing attacks and boost features. Either way, both view points of Sonic Generations are simply astounding in both depth and complexity. The textures may look a little weak when you take that rare opportunity to admire the wonderment around you, however the level of complexity in both the environments and characters will stun you in to a state of absolute awe. Seeing the classic Green Hill Zone with such a shocking makeover could make you cry with happiness and even with the 2D perspective, the 3D elements pop out beautifully mixing the best of the old and the new. Even levels that were originally 3D and now appear as if they were created a decade earlier, adds to the fascination of this title. Sonic Generations also supports 3D televisions for those early technology adopters who don’t mind donning a pair of glasses for the ultimate experience of depth within the game.

Running along at frantic speeds, you will still notice all kinds of delicious details in the foreground and background – admiring every little aspect of the game. The backgrounds in particular with the terrain and moving objects that seemingly stretch out for miles are what Sonic fans have been dreaming of, without any realistic notion of it actually happening for years – until now of course!

The story brings the two Sonic’s together to help rescue all his friends that have appeared throughout the series, who have been sucked away into different times within Sonic’s history. This white and barren land is Sonic’s way of restoring life back to the worlds, while also giving us the delighted gamer the chance to rekindle some fond memories.

After completing three zones, you are presented with a range of mini-challenges, that have unique designs to expand the length of time you will be enjoying Sonic Generations. These include areas where you need to avoid many more enemies than usual, using Sonic’s friends to progress past obstacles, racing against another character and so on. By completing these side missions, you unlock extras that give you access to classic Sonic music which can be played within the game levels as well as concept artwork and character information. These will also unlock three keys that you will need to use to gain access to one of the three main bosses. Again these bosses bring back past experiences such as the Sonic the Hedgehog 2 ending featuring Dr Robotnik (or Dr Eggman) in his giant metal creation and Chaos from Sonic Adventure. Collecting all the chaos emeralds unlocks the very final boss, but I won’t spoil the surprise there.

You will also need to defeat Metal Sonic, Shadow the Hedgehog and Silver the Hedgehog in short but pleasing battles. You also earn points by completing levels, which can be spent on additional skills that aid Sonic’s abilities – reducing time taken to revive after being hit as one example, but many more are available. You can also spend some of your rewards and unlock the very first Sonic the Hedgehog for those seeking a blast from the past or for those who have never experienced where it all began – if you are the latter, where on earth have you been!

The typical jumping, spinning and sliding along rails remain, while hopping from one platform to another and avoiding mechanical enemies are extremely important if you wish to survive. In traditional Sonic fashion, falling off the edge still continues to frustrate yet these dangerous areas are at least now highlighted with signs to make it more abundantly clear that a single controller error will have you losing a precious life. Controls are very Sonic-like, but aren’t identical to the classic incarnations. That being said though, it’s still tremendously fun and shouldn’t take anything away from your enjoyment of Sonic Generations.

There is even a small Xbox Live element to the game that allows you to compete against friends and strangers from around the world. Really this is nothing more than a point and time comparison of scores rather than actual one on one exchanges, however the leaderboards provide incentive to increase your prowess as a Sonic veteran gamer. Personally though, it is the 30 second challenges where you see how far you can get in any of the levels compared to others that was the most enjoyable. Distance achieved is shown by posts within the zone featuring the Xbox 360 3D avatar to identify the culprit ahead of or hopefully behind you.

The music within the first acts of each stage feature a ‘slight’ enhancement that is subtle, yet adds a more pleasing soundtrack than the originals with better percussion (drums) representations in particular. The rest are full blown recreations that pound and pulse vigorously through your speakers. The 5.1 surround sound is out of this world, especially in the second acts as 3D plays more of a role. Pleasing additions include soundtrack adjustments that occur when you are under water akin to hearing music whilst your head is immersed under the water in the bath and also when boosting along at top speed results in a slight distortion.

The cut-scenes continue the usual cheesyness and the video quality is pretty terrible, but they do include a little humour while it mocks itself in a clever way from start to finish. The voice acting certainly hasn’t progressed much over the years, but hey they serve a purpose.

Sonic’s 20 year history may be littered with far too many failures than would seem possible with such a rich heritage and winning formula, however SEGA have finally reignited my passion in ‘new’ Sonic the Hedgehog titles. They have released a game that not only captures your nostalgic heart, but also managing to bring our dear friend Sonic bang up to date by utilising the brute power of next generation hardware.

Everything about Sonic Generations oozes excellence and while some of the traditional annoyances remain, it is hard to deny the crazy speeds and pure enjoyment Sonic’s latest adventures reveal.

Let’s just pray on bended knees that it doesn’t take another set of poor incarnations before we see Sonic appear again with such splendour and delight. The foundations have certainly been laid for another epic return. Long live Sonic the Hedgehog! 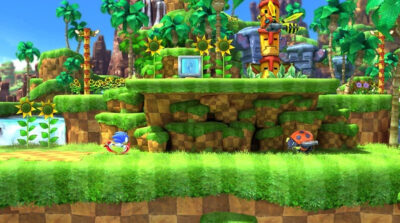