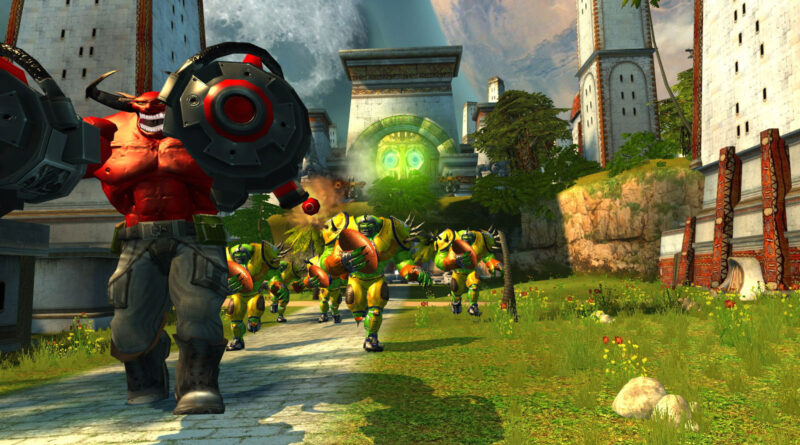 I remember fondly playing the original Serious Sam on the PC before finally getting it on Xbox. The massive scale of the maps when you could see huge clusters of enemies heading your way from what seemed miles away was just a great departure from the very close combat in First Person Shooters at the time. The slow pace that Serious Sam certainly did not follow added great gaming moments that I remember with a great big grin.

Now the Serious Sam sequel is available to the masses of fans, but with any game sequel there is a risk. When the original has been held in such high regard and for such a lengthy time period, the sequel must take all the great feedback and bring something fresh, but while also balancing the need for keeping the appreciated benefits and style.

The most important part of any game is the very first 15 minutes or so of play. In this relatively short time, most gamers will already have made up their mind whether they want to continue through the levels. So how do we start with Serious Sam II?

Poorly would be the word that comes immediately to my mind. A cut scene that introduces some wacky characters which of course isn’t far from the Serious Sam universe however the voice acting is quite frankly pitiful. Trying to add an extra sense of humour throughout the game, the cut scenes appear frequently, unfortunately any laughing you make will be at the poorness of it all. The so called jokes are cringe worthy and would be better skipped entirely as there are no points during the scene where you are given important information. You also now have a pleasant lady helping you on your travels, giving instructions on how to progress. Now it is always nice to know what you need to do, but I preferred the feeling of conquering the levels all by myself without the need for friendly advice every step of the way. The mystery of the levels, the enjoyment of finding hidden areas is sadly lacking.

Serious Sam is widely known for its great number of enemies charging at you from all directions. Serious Sam II is no different; however the enemies are just plain boring to battle against. Even the monsters that have returned have been altered just enough to be as bad as the others. Slow, sluggish, big and again boring. Levels include inhabitants which is a new touch to the series, however all they do is wander around making stupid noises and getting in the way.

The weapons are as equally unimpressive as the rest of the game looking more like a children’s toy rather then an instrument of destruction. I wouldn’t have been surprised to see a water pistol in the game, that is how bad it is. They are not all terrible to use, but the more consistent weapons like the shotgun just act nothing like you would expect. Aim at an enemy in the far distance, and damage is recorded with the shotgun which should be a close combat weapon!

Level design is also lacking entertainment and diversity and instead mimics earlier levels over and over, certainly nothing like the original which had quite a few surprises up its sleeve. You can also hop into vehicles and stationary weapons for that extra variation, however these again are poorly executed and instead you groan rather than getting excited when you come across any of these sections.

Although the 5 sections of the game are themed, be it a type of jungle, swamp or oriental style, all are pretty repetitive and uninteresting to explore.

I really want to find something great about Serious Sam II, I was such a huge fan of the first game, to come across this sequel and be so disappointed is quite upsetting.

To make matters far worse auto-aim is on as the default option. This means a cursor hovers over the enemy when in reasonable proximity and without little aiming you can perform disastrous blows to your foe. I would strongly recommend turning this feature off, however when you are attacked from the air, aiming is difficult without it on.

Just like any first person shooter on the Xbox, the analog sticks control movement and triggers fire weapons and throw grenades.

When I knew about the Xbox Live component, I hoped beyond hope that this would add something that was seriously lacking. Maybe this area could save the title from the grave or even worse, my bin. Online co-operative play allows you to play with friends or anyone else on Live playing the game. Although it is nice to have company, all you end up doing is moaning in a group. Although the title is a little more interesting with the added activity on screen, it still falls way short of my expectations.

Although a needed extra to the game, the game itself is that bad you will be hard pressed to look at your online games collection and load up Serious Sam II.

Lets face it, the Xbox is starting to show its lack of power nowadays when compared to the PC. Frame rate is quite an issue and textures are looking a little bland. Although it still looks fine, you can’t help but notice the chug chug chug of the frame rate and this is not just when the enemies are in their many; it is during the whole game.

Characters look about average and as mentioned before the weapons are just like toy imitations. Although graphically the game could have been easily forgiven if the gameplay was up to scratch, but as you already now know, there are major problems with this area as well.

It has been difficult to endure playing Serious Sam II once, never mind going through it all again. I would consider such a replay punishment instead of revisiting fun. Xbox Live adds a new dimension, but no where near enough to rescue this abysmal title.

Why oh why must I endure such horrible games, what should have been a worthy sequel to a much renowned original has turned in to the death of a once popular game. If there is a Serious Sam III for next generation systems and I hope there is, it really needs that classic touch from the original instead of gimmicks and wackiness that falls completely flat on its backside.

An absolute disaster for Serious Sam fans everywhere, avoid at all costs!

*Screenshots from the PC version 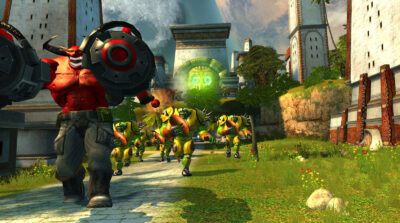