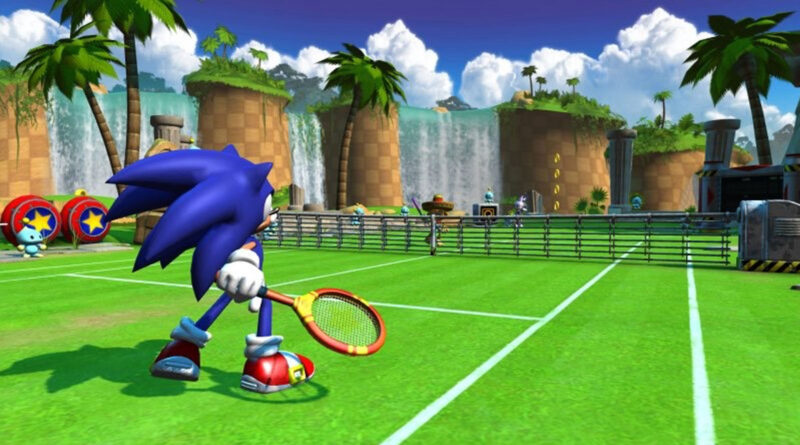 Virtua Tennis 3 was no doubt the victorious triumphant return of our old hero from the SEGA Dreamcast days, however now we are presented with SEGA Superstars Tennis, which basically uses the same game engine, but with a few twists here and there.

Tugging heavily on your nostalgic emotional strings to amplify the titles enjoyment, not only will you recognise many characters (16 in total) from past games including Sonic the Hedgehog, Gilius Thunderhead (Golden Axe) and AiAi (Super Monkey Ball), but you will also experience tennis elbow within beautifully lush courts based on the SEGA heritage. I don’t want to give away all of the game’s secrets though, so let us now move on…

As a tennis game, it actually works pretty well. Controlling a flying character such as NiGHTS is a little bizarre at first; however you soon get used to the notion of levitation while striking a small yellow ball. Controls are heavily simplified though if we are to continue comparing it to Virtua Tennis 3. The lob button now is achieved by pressing button ‘A’ and then ‘X’. ‘B’ or ‘Y’ no longer has any use, so you are left with just ‘A’ and ‘X’ to achieve the various shots available. This is a little disappointing and actually adds to the confusion. Less buttons doesn’t actually result in clarity, but I guess we can live with it as it doesn’t spoil the gameplay and does create a standard between the various platforms this title is being released on.

After a few rallies you will soon notice an illuminating star beneath your feet. By hitting one of the triggers you will invoke Superstars mode, which allows you to pelt all kinds of nastiness in your opponents’ direction. This varies from character to character, however if we use Dr Eggman as an evil example, note the fire spiked steel balls appear as a bonus while returning the tennis ball back and if your opponent is struck by one of these balls of mayhem, well he will get the shock of his life, allowing you to win the point with ease.

There are a few modes to choose from on the main menu, starting with ‘Superstars’. This is the main part of your single player experience within the game, based on various themes including Sonic the Hedgehog, Jet Set Radio and other SEGA classics. You are required to defeat a vast selection of impressively thought out mini-games with a smackeral of tennis tournaments thrown in here and there, be it the singles or doubles variations. You will need to go trundle through this section to unlock all manner of hidden characters, music, courts and mini-games.

To say this is a tennis game though feels a little misleading at times. Superstars is absolutely littered with mini-games and although they are all fantastic, you also want to play a little, well lets see… tennis. Superstars mode hardly has any, which seems a little bizarre to say the least. You will actually feel relieved with a sense of purpose again when an actual match appears in the list.

Moving onto the other modes, you can also delve into a quick match or tournament as well as play single player or up to a four player set of mini-games, although only eight are available here even when you unlock every morsel.

Xbox Live features the usual ranked and player matches we recognise from Virtua Tennis 3 including the TV mode, which allows you to view live and pre-recorded matches. For the number crunchers among you though, have a gander at a rich selection of leaderboards if achievements are failing to satisfy your yearnings of greatness. More importantly, enjoy a doubles match with your friends online, which when Superstars is triggered, all kinds of magic and mayhem is released in high definition.

You would have to be really cruel to knock the presentation of SEGA Superstars tennis. Each court is carefully detailed with characters and, I guess you could call it memorabilia. Colourful, magical and full of charm, if this doesn’t set your heart racing with happiness, maybe the music transferred from the actual games they are recreating in a tennis environment will complete the illusion.

Although the music has been a success, the character voices fail miserably. This is not due to the vocal talents, just their over use. Win a point and you hear a phrase or chuckle, win another point and you can more often than not hear that same recording again. Aghhhh not goooood me say.

SEGA Superstars Tennis is an extremely fun multiplayer experience, helped by all the little positive gimmicks that are thrown in, however the single player has far too many mini-games and not enough actual tennis for my personal tastes. After all, this is a tennis game!

The mini-games though are extremely well thought out and feature in the dozens. They are certainly quirky enough to grab your attention span for a lengthy period, but they fail the final challenge by not featuring online as well.

If you are a SEGA nut like me, you will adore many aspects found in SEGA Superstars Tennis. You will also leave the experience however wanting more in both single player and online. Although a lovely premise harking to heartfelt memories gone by, it fails to live up to my desires, which is a shame when it is so very close to doing so. The core mechanics are there, the atmosphere is there in the bucket load, but the total experience I was looking for alas has slipped by. 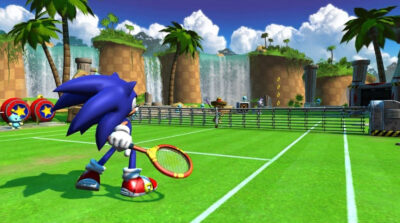