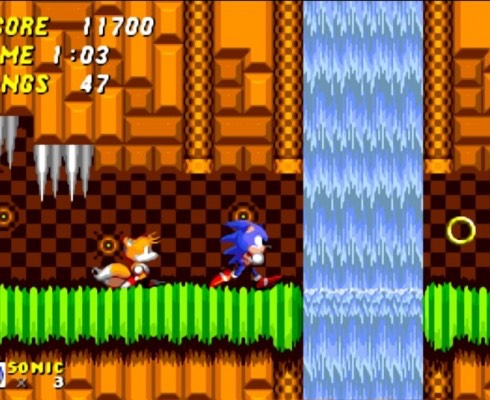 My all time favourite console has to be the SEGA Mega Drive. There were just so many titles that captured my imagination and unfortunately for them, emptied my parents wallet, that it was hard not to fall in love with this plastic shell that housed the power and scope allowing 2D gaming to really shine.

SEGA has released a fair few titles on the Xbox Live Arcade not to mention other consoles, but now you have the opportunity to really experience the good old days of some truly exceptional gameplay that still has me enthralled. Announcing the ‘SEGA Mega Drive Ultimate Collection’ available on the Xbox 360 and PlayStation 3 at some point in early 2009.

There is quite a lot of information already including screenshots and a video:

Re-live old memories and create new ones with this exceptional all-in-one package of over 40 classic titles from the golden era of the SEGA MEGA DRIVE! The most complete collection to date contains a huge range of top-quality, iconic moments in gaming history. You can now experience these fantastic single and multi-player titles in enhanced HD graphics for ultimate involvement!

Exclusive Unlockable Content: Unlock arcade games and interviews with the original game developers as you earn Achievements on the Xbox 360® and Trophies on the PLAYSTATION®3.

Hi-definition Upgrade: All titles included in the collection have been converted to vivid hi-def (720p) visuals to truly enhance that classic 2D experience!

Multi-player Option: Two players can now enjoy select titles together on the same console at home.

As fantastic as this list is, I find it hard not to mention what else I would like to see in the future. How about some of the classic Disney games such as The Lion King, Aladdin, Quackshot, Castle of Illusion and World of Illusion? Still there is plenty here to keep you entertained.

Well anyway, the thought of online single player co-operative on some of these titles should be enough to tempt any true SEGA fan into purchasing this collection on release. I for one will be counting down the days (when we have an actual release date though of course!).