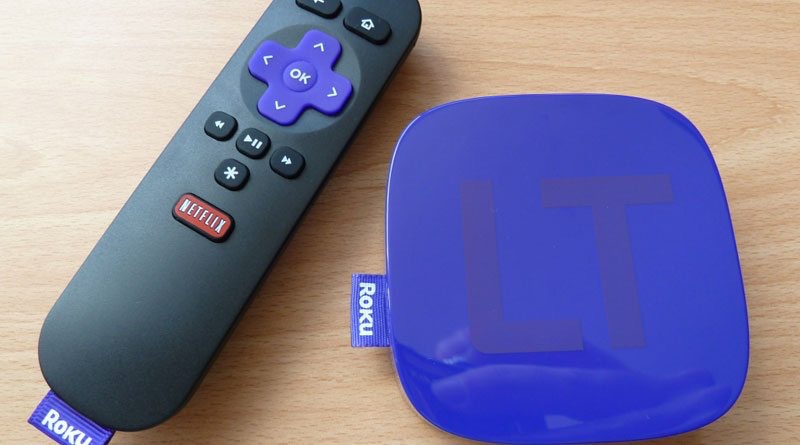 It seems almost unimaginable nowadays to spot a television without some kind of additional box below it, providing additional functionality and possibly even connecting to the Internet. It may be a game console, a digital satellite decoder, cable device or in this case a ‘streaming’ box.

The function is simple, yet you soon become hooked on the principle and miss the added features as soon as you attempt life without one.

I have reviewed quite a few of these device types recently, however what sets the Roku LT apart from the competition is its entry level pricing. At roughly half the price of an Apple TV and a third of Boxee Box, it is certainly worth adding the Roku LT as a strong consideration within the media consumption mix. 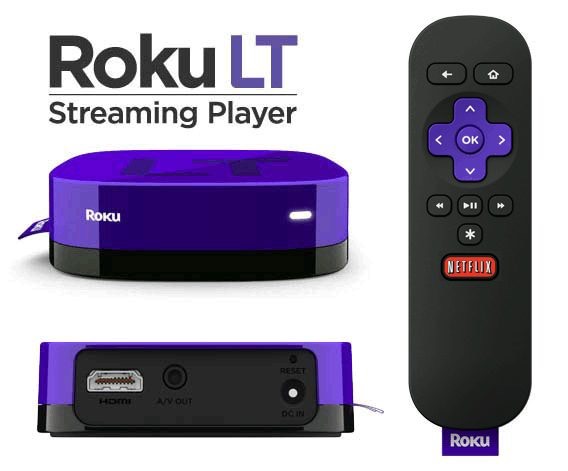 From the outside, the Roku LT is an incredibly small purple box that sits quite happily among your other technologies. Ports are located to the rear including one for HDMI, although the actual HDMI cable is not supplied with the product. A connection for a custom A/V cable is provided however, although only supporting a very basic composite and stereo connection to much older televisions. I would strongly recommend those of you with high definition televisions (HDTVs) to purchase an HDMI cable, as this will give you far superior video and audio quality (720p) compared to what is bundled with the Roku LT. Also of course is an input for the all important power supply.

There is no Ethernet port available on this model, however to connect to the Internet for your streaming media consumption – built-in Wi-Fi is included. This is actually a better option for most people who wish to avoid laying a fairly thick cable from their router to a location near their television equipment. 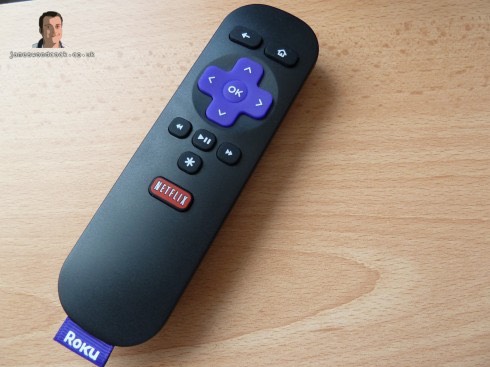 Also bundled is a basic remote control unit that offers the usual playback, navigation and select buttons. Also prominently featured on this accessory is a button solely for launching ‘Netflix’, which I will explain in more detail later in my review.

Unlike the Boxee Box, the Roku LT can’t access any of your own media such as photos, music and home videos without additional software running on your computer. It’s certainly not as clean a method as the Boxee Box system, however it just about works for your own created media with a little patience and perseverance.

Therefore, the best aspect of the Roku LT is aimed squarely at accessing the Internet services it provides via apps. These include most notably for UK customers ‘BBC iPlayer’. BBC iPlayer is an on-demand media player, allowing you to stream over an online connection many of your favourite BBC based programming. Whether you have missed an episode of Eastenders or wish to search for new shows that have been broadcast over the past 7 days – BBC iPlayer is a great solution and is of course free to UK based BBC TV license payers. In a bizarre twist, I have found that the BBC iPlayer app on the Roku LT to be far more reliable than the more expensive Boxee Box hardware alternative, with far less connection problems and fewer programme drop outs. 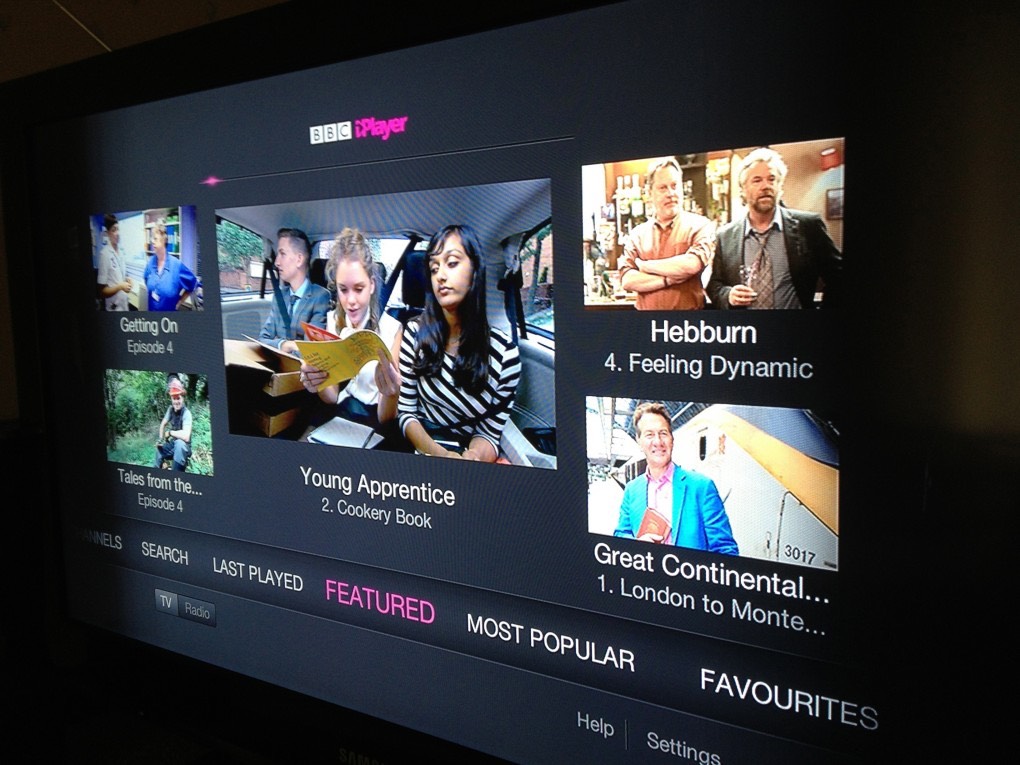 There are many other services available, including the recent UK release of Netflix – a tempting monthly subscription that offers movies and TV shows from a fairly impressive library of past and present selections. As I mentioned earlier, the remote control includes a button that will launch the Netflix service with a single press without the need to navigate the menu interface. As a subscriber to Netflix, the Roku LT provides a very cost effective method of enjoying the content on either your main television or at this price possibly even a bedroom. 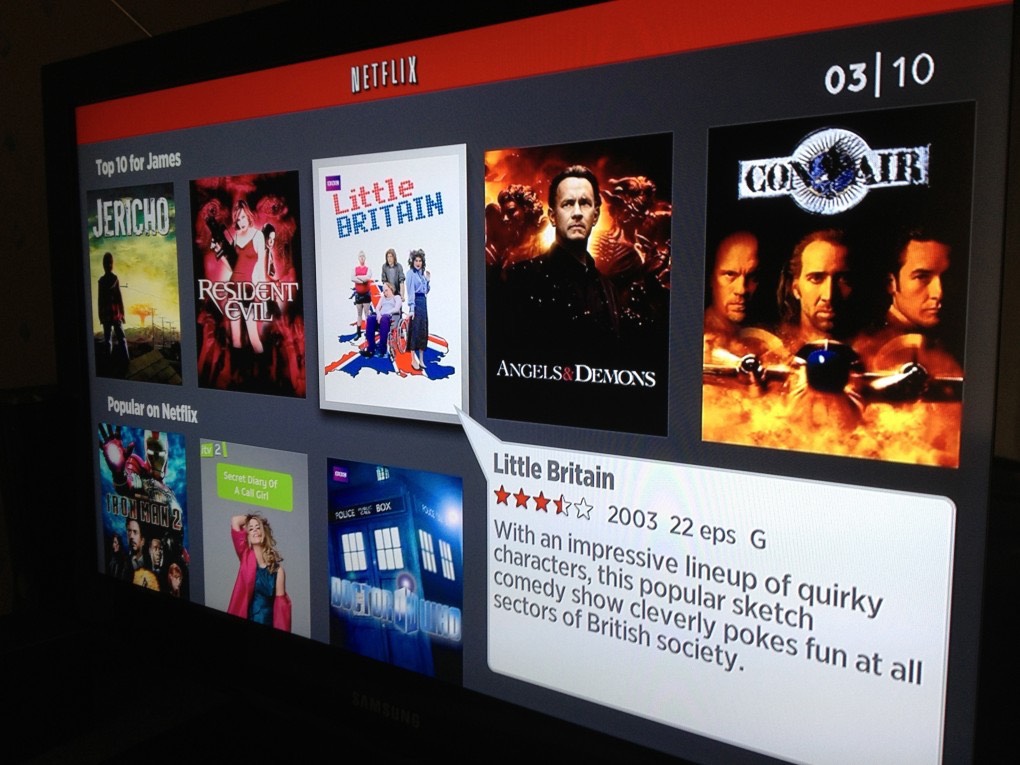 Other content highlights include Revision3 and This Week in Tech (TWiT), which offer technology and gaming related shows offering news, discussion, advice and guides. 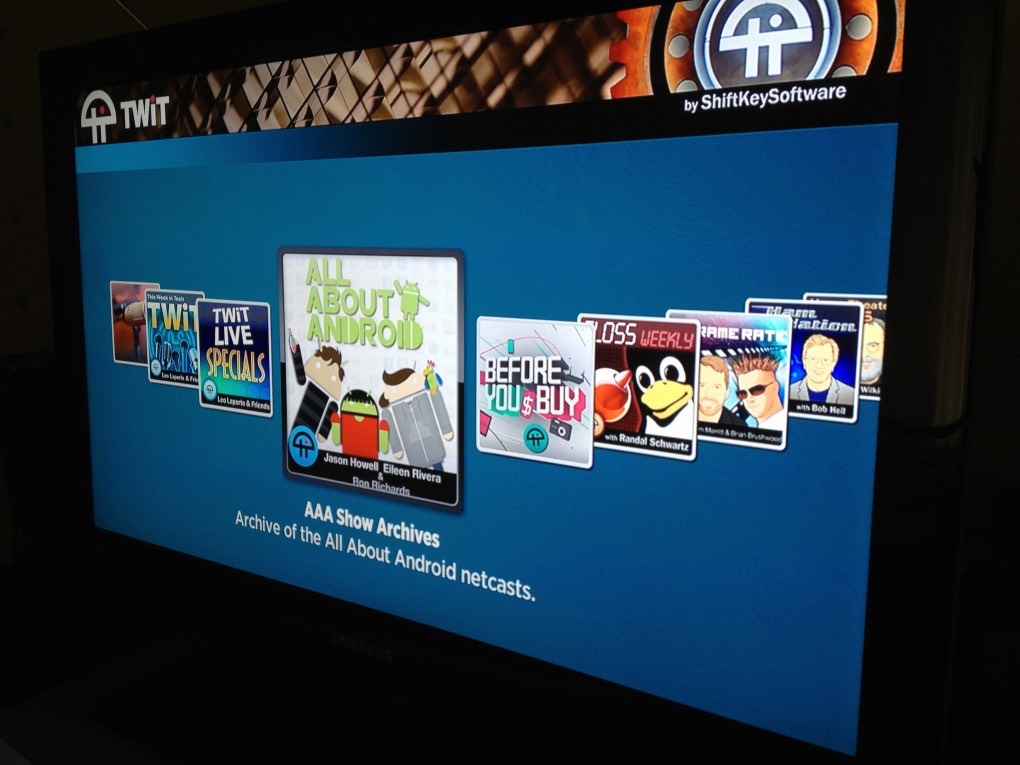 You can also access your Facebook account to view photos and videos published by your friends as well as admiring your own uploaded media. You can’t however post a status message, view the news wall or view profile pages – yet having access to the media alone and enjoying them through a large screen TV rather than a much smaller computer display is certainly an improvement.

Vimeo can also be installed to view their vast selection of user video uploads, however unfortunately this really only highlights the absence of a much needed YouTube player. 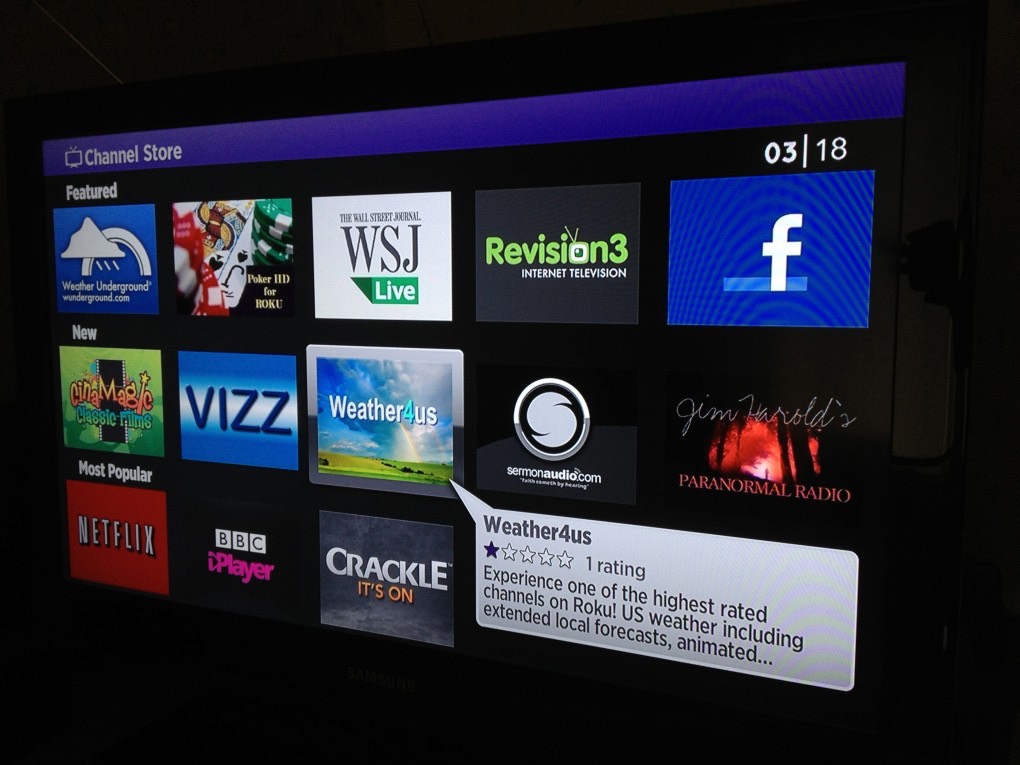 There are numerous categories to select from including Film & TV, Games, News Weather and Sport, Music, Internet TV, Photos and Video, International, Food, Special Interest and so on. You are however limited to the selection Roku provide as you can’t add your own RSS feed links to any other media sources – so make sure you visit the Roku website to ensure they have a selection of services you are personally interested in as this is the universe you are restricted within.

That being said though, the advantages of an Internet connected device is that it can be updated with new functionality and more importantly – new services. Over time, the available services will expand and seeing as the Roku LT has only recently launched here in the United Kingdom – we can be a little patient. 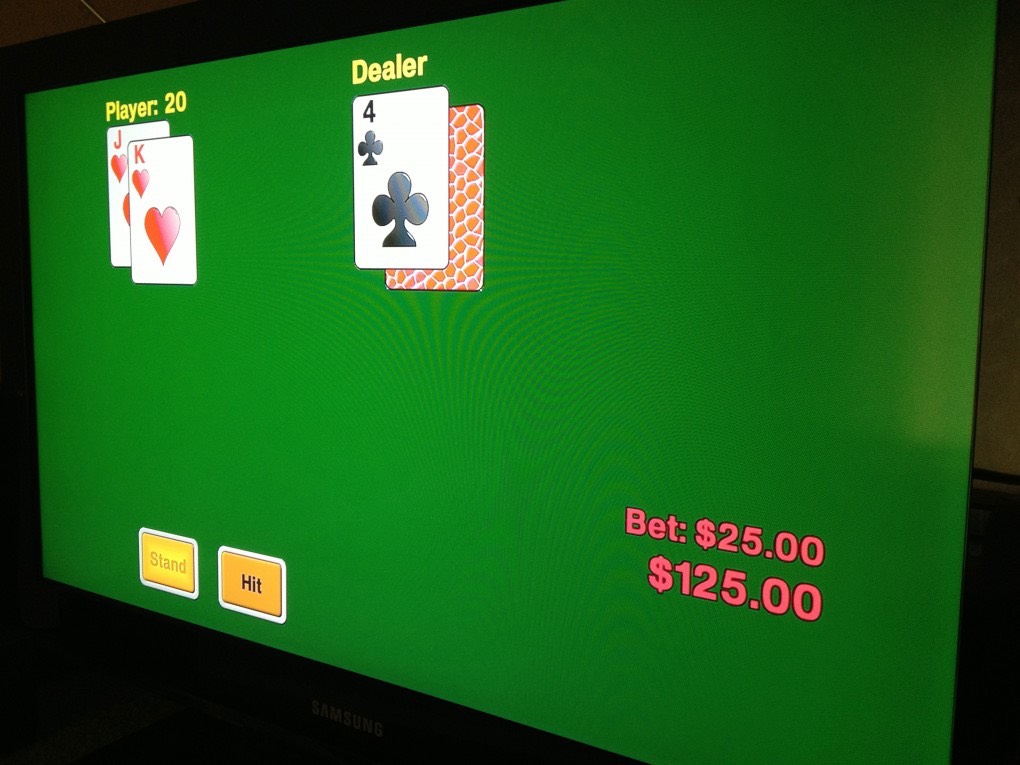 Believe it or not, the Roku LT can even play a few games that are available to purchase from the Roku Channel Store – accessible through the box itself. They are very cheap to buy, but don’t expect to be bowled over by the graphics. Certainly from the selection I have tried, they are incredibly basic and of course using a simple remote control to operate the titles won’t win the device any awards either. Yet, knowing this I still managed to spend quite a bit of time playing Blackjack.

The interface itself although visually quite straight forward, is a breeze to navigate and for such a dainty box at such a reasonable price – results in a pleasant experience. It’s only when you wish to enter details such as usernames and passwords for certain services that you may wish you had a keyboard to hand rather than having to painstakingly use the directional buttons to select each individual letter from the provided on-screen version. 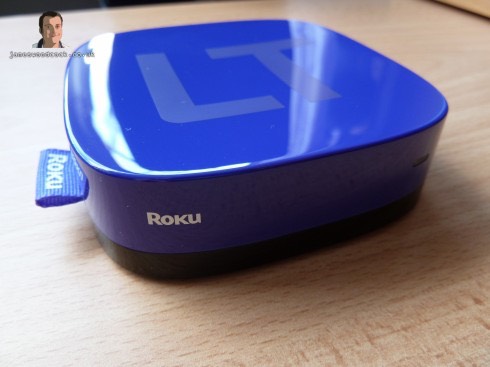 As one of the cheapest Internet streaming devices you can possibly purchase for your HDTV, the Roku LT is a strong contender.

It really is a tempting option, especially for those who have yet to delve in the delights of connecting a HDTV to the possibilities an Internet connection can provide. Whether the content providers currently featured appeal though, well only you can decide due to personal preference. However, the On-Demand services are expanding and improving almost constantly, so at the very least it is worth checking back at a later date to see if the situation has changed.

The moral of the story really is check what’s available on the Roku LT line-up and make the decision of whether there is enough to entice you and your own sensibilities.

The Roku LT itself is a wonderful miniature box, that is both affordable and straightforward to operate. You will be hard pressed to find anything else for your television that is as feature rich at this price point. 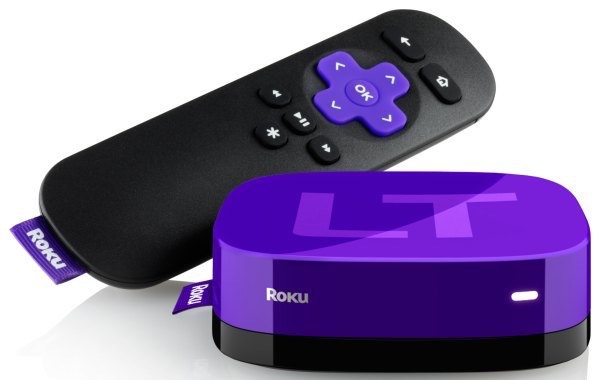