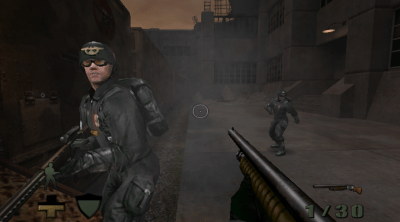 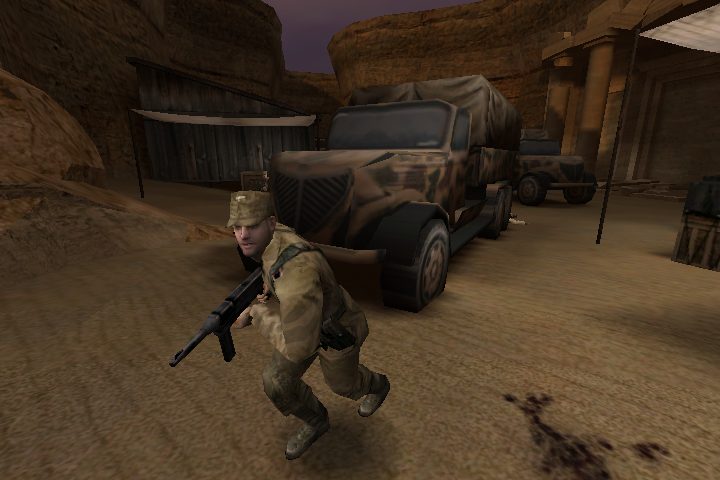 Many a year ago, there came out a game that was set to revolutionise the way we played gaming forever. The realm of 3D was here and this game paved the way for many first person shooters to come. The game was of course Wolfenstein 3D which came out on more gaming formats then I could possibly remember.

After loving the original all that time ago, I eagerly waited for this game and here it is.

In the original game for most people it was the first time you were able to play in a 3D environment. Wolfenstein 3D was set in Castle Wolfenstein and the lovely enemies which were all sprite animations (2D) all dressed in Nazi clothing and shouting German words at you as you went from room to room. It seemed there was a never ending trail of opening doors and finding the odd secret room, but for it’s time it was the business and certainly brought me many hours of pleasure. 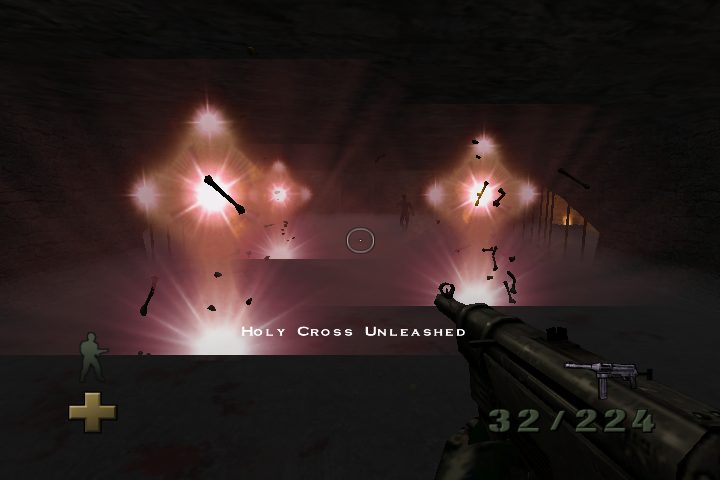 Following on from such a great success it was only a matter of time before one of the greatest remembered games of all time returned to show off what technology can do today. First coming to the PC the graphics were obviously a huge improvement, and while having Wolfenstein 3D elements, it wasn’t quite the same, especially when people who had not played the original couldn’t understand why there were zombies in the game, but never fear, B J Blazkowicz, a U.S. Army Ranger is here to save the day.

First of all for people who have played the PC version, you can understand why they will soon get confused when starting out on the Xbox version, as there is a whole new episode on our version that PC peeps never had. So with a wide grin I continued and finally found myself in Castle Wolfenstein where the PC version began. Thankfully the controls do the game justice and with a little time or likewise having played Halo more hours then I care to mention, you can easily get into the swing of things and soon start blasting your way through the countless enemies.

Graphically the game doesn’t look much different from the PC version although I was quite surprised on some of the larger rooms a slight stutter reared it’s ugly head, but this is very infrequent and doesn’t spoil it for the player. The water is somewhat improved with it reflecting the surroundings however its static and doesn’t move even when you run through it, which makes for a very unconvincing water state. Other then that though the graphics are pleasant and more importantly are atmospheric which brings you right into the game. Sticking quite closely to the original game you have the usual Nazis, Zombies and some really interesting moments. One thing that reminded me of the first game was the skeletons in cages dangling from the ceiling. The single player maps certainly are varied and quite a bit of skill is required on the harder settings. 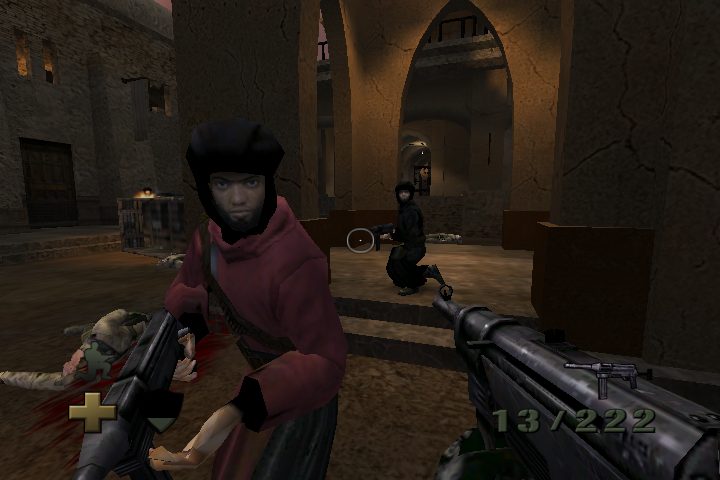 Lighting is also very atmospheric and if you have the Dolby Digital 5.1 set up you will experience glorious surround of which the PC game was seriously lacking.

Levels are set in all sorts of areas including of course the famous Castle Wolfenstein, underground catacombs and vast out door areas set in woodland. This is not to be compared to Medal of honour.

This is more a Nazi and monster bashing game compared to your just shooting people approach. There is much more of a slant on fantasy in Return to Castle Wolfenstein breaking you up from the usual killing and carnage to the more scary and outright bizarre creature manifestations. There are still plenty of doors to open but the idea of not knowing what is in the next room hasn’t lost its appeal in all these years. Hearing the faint murmurings of the Nazis talking to each other or the groaning and scraping of the hideous and often very dangerous zombie killing machines. So a very fun single player experience indeed and if that isn’t enough when completing the game you get access to play the original Wolfenstein 3D.. yay.

Still not enough? Well ok…. Return to Castle Wolfenstein is also compatible with the Xbox Live! service so get your communicator on and start planning your attack. The team tactics on the game for the various online game modes like the obvious team deathmatch and the scenario type games where you have objectives to complete to finish the game are just superb and enhanced by the voice communication no end. 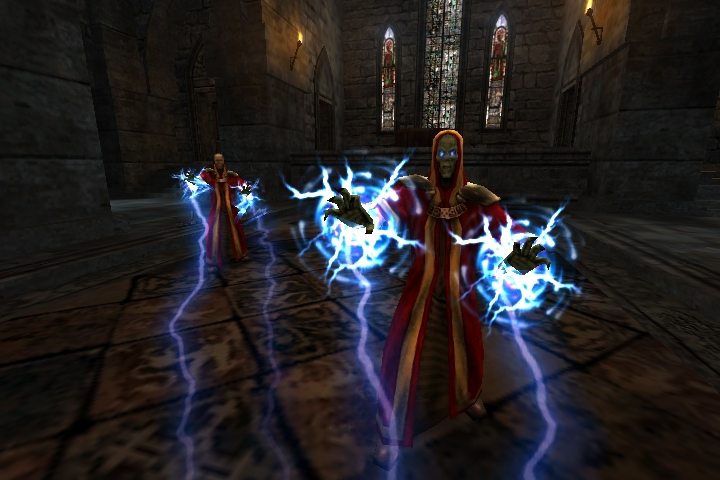 To know who is talking a speaker icon conveniently pops up above a player’s head to indicate they are indeed bossing you about. Also things like the gamertag and health of a player are indicated which is very useful if you choose to be a medic. Yes you can choose your team and class, either Axis or Allies, then a series of classes such as Soldier and the already mentioned medic. You still want more? well you can also select the weapon that most suits you, be it a Sniper Rifle, Venom which is a mad machine gun that overheats quickly but cuts enemy to pieces and simpler shotguns and other less powerful but also effective weaponry.

As a medic you can replenish health and even pass ammo (Lieutenant) on to your team-mates which adds something different to the game and adds more tactical involvement especially helpful if you are injured and lying on the ground shouting for a medic. If your medic is too slow though a kind member of the other team will drop a grenade behind blowing you up and leaving only a pool of blood, which your team-mates can stare at and consider their lack of efficiency in saving a fellow comrade. 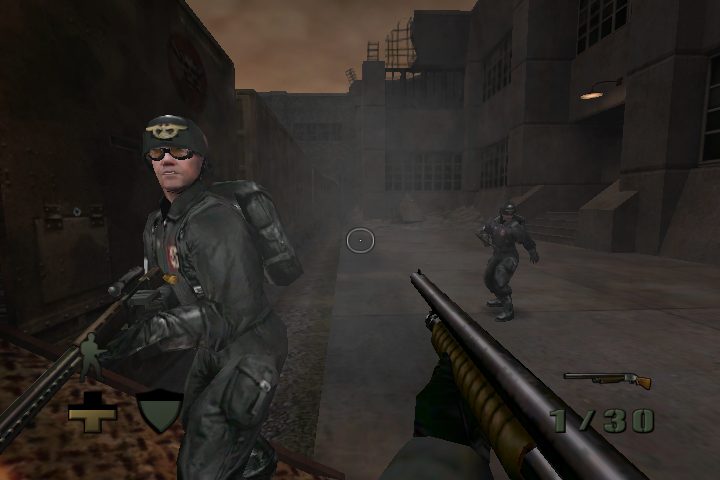 A classic has returned and has arrived on the Xbox platform. With the bonus of Xbox Live the game really has took on new meaning and ranks highly compared to many other online games for the Xbox and has a cracking single player experience too. So grab your controller and let the Wolfenstein saga play out in all its glory.