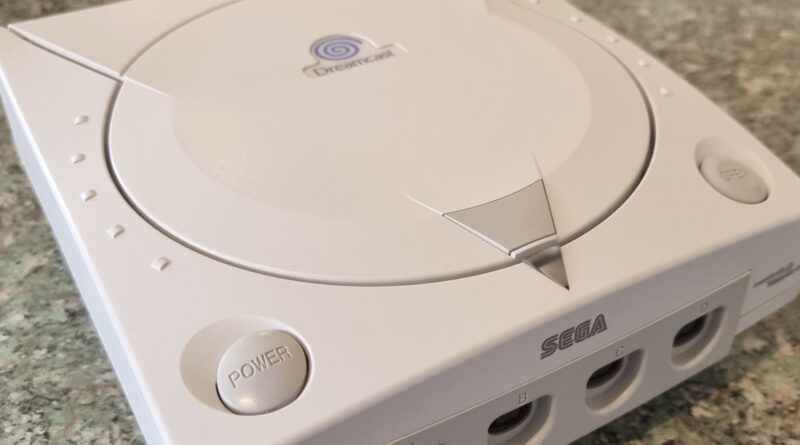 Released in Europe in 1999, the Dreamcast was for SEGA their last foray into building their own console platform. Although their swan song before moving into multi-platform support, it was certainly a valiant attempt and one that still has a place in many retro enthusiast’s heart.

I owned a SEGA Dreamcast many years ago very shortly after its release, but like many – sold it to purchase the next big thing – which for me at the time was the Microsoft Xbox. I have a nice little retro console collection building up, however the Dreamcast was missing – until yesterday.

The console has a few minor marks to it and needed a good clean, but otherwise was in good condition with a controller and VMU (Visual Memory Unit). So far, the results are very pleasing although still need to get in every nook and cranny to bring out the widest grin of satisfaction. The VMU unit always brings a smile to my face though, not just a simple bit of hardware to save your games on, but has a built-in display. Incredibly novel and presents little snippets of animation, game titles and even has its own controls!

In the future, the internal battery will need replacing in the console as every time I boot the Dreamcast back up, it’s requesting the date and time again, but easy enough to remedy once the replacement component arrives. This is just a socket to solder in to replace the hard fixed rechargeable battery that is already there. In future, I can just replace the battery and remove the faff of grabbing a soldering iron.

Another nice feature is support for VGA, resulting in a fairly large selection of games supporting 480p – a progressive scan format. When you consider the vast majority of Sony PlayStation 2 games supported only 480i (a less impressive interlaced format), a console that released after the Dreamcast – VGA is my preferred connection for this console.

Will share more details of the restoration as I go…

Sonic Unleashed Xbox 360 Impressions – Should Have Stayed Tied Up!