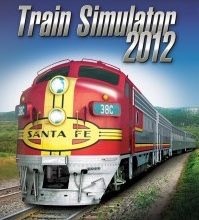 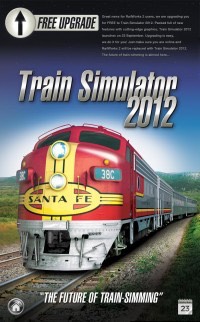 Ever since my first adventures into the world of rail simulation using RailWorks, I have been absolutely hooked on the locations, locomotives and scenarios. Last year, I was lucky enough to interview the team of railsimulator.com regarding their then latest release RailWorks 2.

Train Simulator 2012 is the new title from the makers of the worldwide hit and award-winning RailWorks 2. Due for release on 23 September 2011, Train Simulator 2012 promises to be the most advanced train simulator in the world, with stunning graphics, numerous technical innovations and attention to detail creating the most immersive sense of reality yet seen in a PC simulation. Every aspect of Train Simulator 2012 is designed to make the player feel that they are controlling a locomotive in the real world. Users can even download a wide variety of real-world routes and locomotives to build the railroad of their dreams. The future of simulation arrives 23 September 2011. 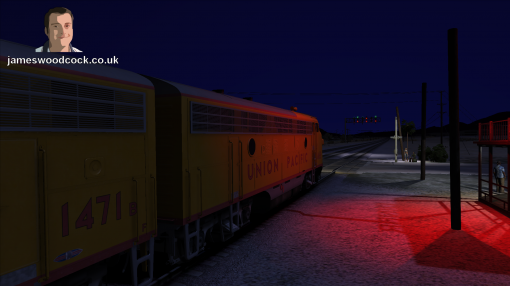 You can find out more by visiting the official site and by reading their Frequently Asked Questions (FAQ) PDF.

too bad it's only available on steam,I woud like to buy it but I refuse to use steam on my PC

You can buy train simulator 2012on gamefly you know. But I still like steam.

Yep – Its a shame – I detest Steam too – release this into the general Marketplace and Many, Many more people will buy a copy!

I'll ask you the same question, what is soooo bad about Steam that puts you off?

I like to install and have control of what is on my PC – not having to run a thrid party application to get a simulation to run!
Also had trouble with steam connection in the past – That is why I refuse to use it – more trouble than it is worth

It’s unfortunate you have had a bad experience with the Steam platform. I find it very handy knowing the software and games you have installed are automatically updated, having a friends list, achievements and making it far simpler to purchase addons.

Steam isn't bad at all. Its just cool in the nerd community not to like it.

I notice especially in the second video there's still that annoy frame-rate issue (I'm not technical… is it a frame-rate issue?) Seems to bounce several times a second which makes it look not-so-smooth.

God im begging on my nees that this gets dual core support,
This looks so awesome especially the rain and lighting effects, but unfortunatly railworks 2 is unplayable for me on my AMD anthlon 64 X2 4800 with a Geforce 9800 GT (1 gb version) and DDR2 2GB system Gaming ram.
I get 14fps or lower and it stutters more than gareth gates does :(

The ability to use multiple cores has already been confirmed, although no details on how this works or how many can be utilised at this point.

Thanks for the information, thats good news and a glimmer of hope!

Since I upgraded from rw2 to rw3 the graphics are awful, it takes forever to load, the train textures are just pixels and I cant get trains over 50 mph

I find these games so difficult! The tutorials give no insight into the stopping distances to look at, also no idea how to get more uses of the high speed train

John, Yuo can buy train simulator 2012 on gamefly you know. But I still prefer steam.