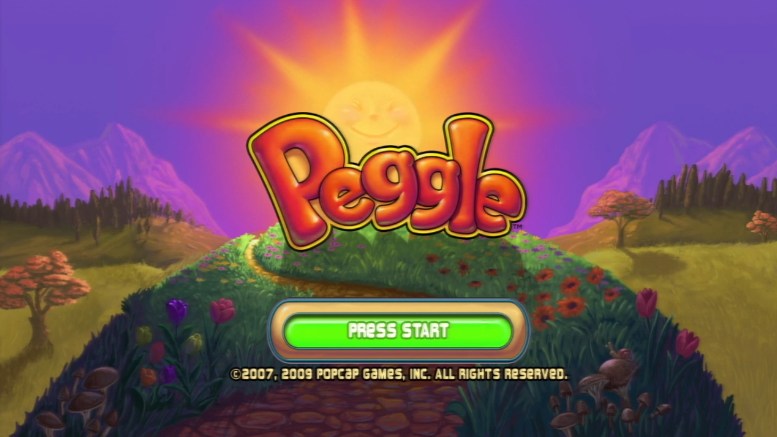 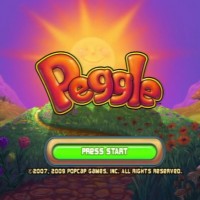 I have been spending countless hours listening to the sound of ‘plink’ as one peg bounces off into another and now the experience has transcended on to the Sony PlayStation3 after months and months of waiting, finally fulfilling the yearnings of PS3 puzzlers everywhere. I loved this game so much that back in May 2009 when I created a HD video feature of my top 10 Xbox Live Arcade games, Peggle triumphantly stood at the top spot.

Who would have thought such a simple idea would be so terribly addictive! Dropping a ball from the top of the screen and watching it bounce around is hardly rocket science, yet Peggle achieves something very special and that is your total captivation. It may be a fairly basic idea, however the execution is superb. Your task is to hit all (or as many) of the orange coloured pegs. There are green pegs that initiate a perk dependent on the character you have chosen, ranging from explosions and multiballs to the crazy magic hats and assistance from the divine interventions. Purple will provide a points boost and the boring blues will mostly just get in your way. 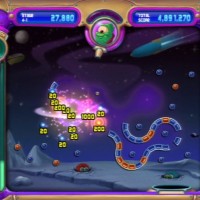 For those who enjoy a little solitude now and again will enjoy the lavish options available. First of all you progress through the countless characters until you finally unlock them all and with 55 puzzles in the standard game and 75 challenges, this will take quite a bit of time. With the addition of Peggle Nights if you desire even more thrills, why not also purchase this add on for yet more peg dropping fun to enthral you. The real challenge rests in… Yes you guessed it… the ‘Challenge’ area. Here you will be pushed to your utter limits with point targets and multiple level completions without failing even just the once. Being on your own though can be a little depressing for long periods, so hop on to PSN and revel in the duel mode where each of you takes a turn on the same level or crank it up a notch with a 4 player simultaneous point fest. Although your exclusively controlled play area fills the screen, you can still take a sneak peak at the others if you want to be nosey. There is nothing better than hearing your opponents whine as you score a bucket bonus or a crafty leap to victory at the last moment thanks to a lucky bounce.

Graphically you can’t expect too much from a puzzle game like Peggle, however it does the job well as you would expect and it is really the gameplay that drives you forward. The game is not free from its problems though… At 1080p the games framerate is very erratic, yet if you drop your settings down to 720p as the default within the PS3 display options, the game runs very smoothly as you would expect when comparing it to the Xbox 360 variant.

The problems alas don’t stop there as the playback of the music also has brief moments of stutter that creep in every now and again. These will hopefully be addressed in a patch, but it is a pretty shocking state to be released in especially as 360 gamers like myself will easily notice the issues. 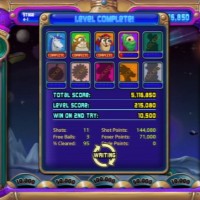 If I assume for the moment that the 1080p framerate and music stutter will be fixed in an upcoming patch, Peggle really hits the spot for puzzlers everywhere and is a force to be reckoned with. The real beauty of Peggle though is attracting even the gamers who traditionally would pass on such offerings, however this is a title that craves to be played and certainly is difficult to ignore, which considering the lavish gaming options of shooters and sports is quite an achievement.

With its vast single player experience and 4 player online battles, there are countless hours of entertainment to be enjoyed and is highly recommended. Trust me you won’t regret this purchase!