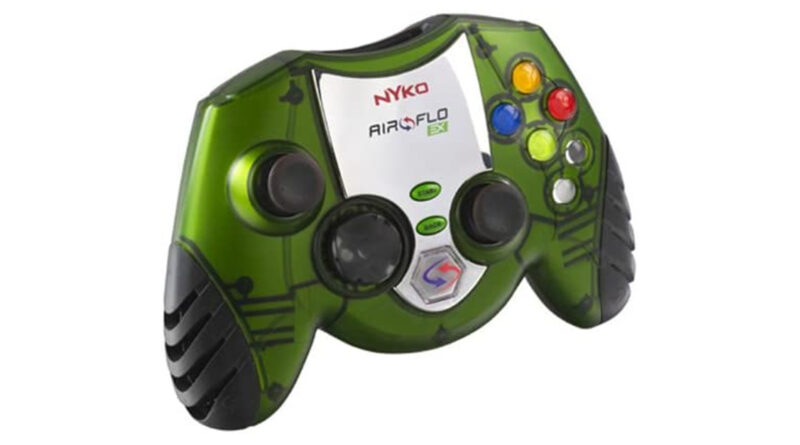 I have reviewed quite a few controllers on the site varying greatly in quality and design. This NYKO controller first had me baffled with the idea of a fan being situated within to cool your sweaty hands. After contacting NYKO I was promised that this was not the usual gimmick just to sell the product, but an actual feature that would make my gaming experience more enjoyable and more importantly ‘cooler’.

The pad itself borders in size between the official Controller ‘S’ pad and the original much larger official controller which was first offered with the Xbox before the change was made to the smaller controller. The buttons are all controller ‘S’ positioned except for the start and back buttons which are located in the center of the unit between the right analogue and the D-pad. Below this sits the all important button that toggles between fan off, fan normal and fan fast.

So is this feature of cooling a gimmick, well I am pleased to say most certainly not. Sucking air through to the sides of the rubber grips which themselves have vents to release the air actually performs incredibly well. If you ever have long gaming bouts either on your own or on Xbox Live, this controller will certainly make your control more comfortable. As soon as you feel a little sweaty and the fidgeting begins, you just hit the fan button and away you go with a crisp breath of air filtering to the palm of your hands. It is really nice to see a feature so well executed and not a feature just to look good on advertising but one that actually works and very well indeed.

The problem with having this fan unit in the controller results in the requirement of extra space. The fan sits at the back of the controller. Although it does not impede on your controls, in fact not in the slightest, it does feel a little awkward as your fingers round the back of the controller fight for a little bit more room for optimum comfort. This really is a minor niggle, but I like perfection in all areas of my controller as it is the key device that bring the Xbox and you together thus meaning it can make or break the experience for the user.

The design looks pretty special, the rubber grips serving as quite a funky look while still providing that all important function. Grip is certainly spot on. There is a reflective element to the front which if you have been lazy in the afternoon and still have yet to brush your hair, you will get a shocking reminder when glancing down to the pad. In a typical Xbox green and some black thick lines highlighting buttons and just a smackeral of design do add up to be a very smart looking controller.

For actual use the buttons on the pad work well. They all react when pressed with the right amount of pressure, although the analogue sticks are a little resistant when you push them down to trigger the button underneath them. Bearing in mind I am very particular about buttons on controllers overall it is fine, but seeing as I am looking for perfection I would like to see a little more resistance in the triggers to the back of the controller and also the analogue sticks felt a little spongy making it a little difficult to get accurate aiming. The start and back buttons would also work better for me anyway to the left of the controller the same as the Controller ‘S’ which is for me what all firms should be aiming for quality and reaction. Like I say very picky as the controller works fine overall. Maybe in the next version the fan could also be relocated to the front of the controller with some jazzy neon lights which might be possible if the start and back buttons were moved.

A controller that adds something new and worthwhile and deserves the score easily. With a few minor changes this controller could get top marks easily with its fantastic Air Flo Technology that really does make a difference. 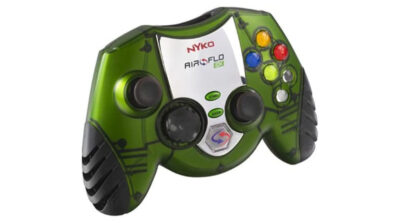