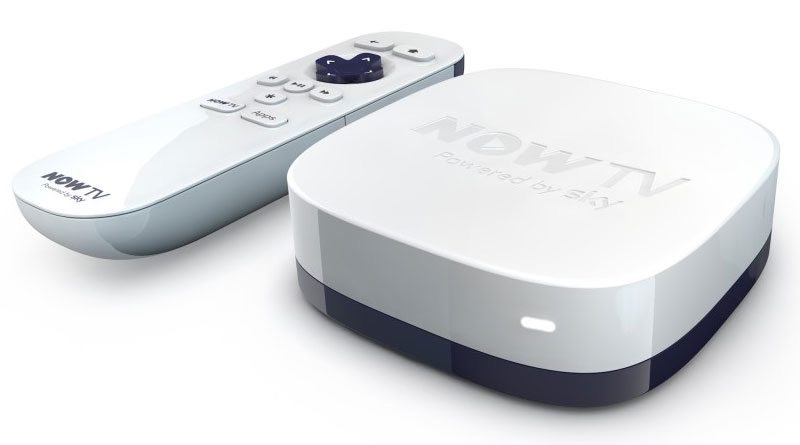 Yet another streaming media device is released to the market, to tempt us into expanding the capabilities of our television screens. We are becoming swamped by a never ending mountain of hardware that is designed to bring digital content to our homes via the Internet and even with this rampant frequency, I find myself intrigued by a new box released by Sky.

Why I hear you ask? Well, quite simply… price!

At just £9.99, it seems an unbelievable bargain that we should all possess as part of our home entertainment setup, however before we all get carried away – let’s take a closer look at the nitty gritty of the Sky NOW TV box.

Last year, I reviewed a very similar device known as the Roku LT. It is an extremely small purple box, which surprise surprise streams digital content via your Internet connection using various compatible apps including Netflix, BBC iPlayer, This Week in Tech (TWiT), Revision3, Facebook, Spotify and many more besides. Priced originally around £50 and now hovering around the £35 mark, the Roku LT is a fantastic device to have connected to your television – providing a boost of content that you can watch instantly without the need to wait for TV scheduling.

Now my attention turns to the NOW TV box from Sky and I can’t help but notice the uncanny resemblance there in front of me – except for a few minor differences in colour and a slightly different button arrangement on the remote. Both support a maximum of 720p high definition and 5.1 surround sound via HDMI. They are perfectly silent, with no distracting fan noises. They are essentially identical, yet there are some important differences within the software, which I will cover in a moment.

…ideally you are far better with a high definition television of any description to get the most out of this cute little box of tricks.

The remote control is extremely simple to use, with just a few key buttons to operate basic navigation, playback and for quickly jumping straight to Sky’s own NOW TV subscription service.

There is an A/V Out port on the back of the unit for those with no HDTVs available, however this cable is not included and to be honest ideally you are far better with a high definition television of any description to get the most out of this cute little box of tricks. This tiny little device also includes built-in wireless, giving you the option to place it in almost any room without any concerns. There is no Ethernet port on the back for a physical ‘wired’ connection, so a wireless router therefore is essential.

Picture and audio quality is perfectly acceptable and is actually very pleasing to the eye with no obvious flaws, even on a much larger television that supports up to 1080p. There are other boxes out there on the market that natively support higher resolutions, but at this point most digital content is streamed at 720p resolution anyway.

Installation is very simple. Connect the NOW TV Box to your TV, enter a few settings for the wireless capabilities, create a free NOW TV account on your computer and login with this information on the NOW TV Box. Job done…

So we fall back to the £9.99 price point again and wonder how we deserve such a great bargain, which even includes the HDMI cable within the packaging.

Well the answer is pretty simple…

It’s not very often we receive something for nothing and this is the case here as there are a few limitations imposed that account for the cheaper price compared to the Roku LT.

The NOW TV Box is a device designed to encourage you to subscribe to Sky’s own NOW TV monthly movie subscription service. They also have a range of sport video streams from their own Sky Sports lineup, so now the £9.99 outlay for the hardware is beginning to make a lot of sense from their perspective.

The good news is you don’t need to be subscribed to any of their services to use any of the non-subscription features of the device, although you will need a NOW TV account (no cost) just to store some of your personal information and channel installs. You will get a free month of ‘NOW TV’ bundled with the hardware, to watch as many recent movie releases as you like ‘on demand’ and a single day of the Sky Sports live offerings.

The NOW TV Box is a Sky offering and therefore you are encouraged to subscribe to their services, but never forced to.

The interface unfortunately matches the older layout style which was replaced on the Roku LT very recently – with very large Channel images scrolling left to right. It has more of a Sky feel to it of course, advertising their own services and the obvious branding presence is very visible – however it all works just fine, although it did crash on a couple of rare occasions when navigating some of the menus.

Although the ‘NOW TV’ service can already be accessed on various devices of which you may already own, for £9.99 the temptation to add the features to another room via the NOW TV Box with just a small outlay makes a lot of sense.

NOW TV through the official ‘NOW TV Box’ works well, presenting the available movies to watch in a fairly simple fashion. All content is available instantly as thankfully there is no TV schedule to wait for as it streams the information over the Internet with literally just a few seconds delay.

NOW TV boasts many more recent releases than its rival ‘on demand’ movie services and you can take advantage of the 30 day free trial when you first receive your device. After this if you don’t cancel, you will be charged £8.99 per month for 3 months and then £15 per month. Of course you can cancel before your first free month expires and still keep the box, using instead the non-subscription services available.

The movies take full advantage of the HD capabilities of the box, although the compression artifacts are very visible particularly on screens larger than 32″. On more complex scenes where there is a lot of movement, you will inevitably notice some loss of quality as certain sections of the action become a little blocky and blurred – however, generally even on larger screens you will enjoy watching the latest flicks all through your TV.

Unfortunately even though the NOW TV Box itself supports 5.1 surround sound, I am yet to find a movie that actually supports this feature which is extremely disappointing. Hopefully this will be addressed in the future!

The device also comes with a free day of Sky Sports. This is treated more like a pay-per-view service, so any consequential uses of this particular sporting option will cost £9.99 for just a single days viewing. Once you select a Sky Sports channel to watch, the 24 hour countdown begins and will continue to decrease even if you are not viewing any sports content. This becomes quite an expensive proposition, especially if you wish to watch a weekend of say Formula 1 – which could easily run into £19.98 for the two days required. Ouch!

For a days sports subscription, you receive 6 channels which include live feeds from the Sky Sports range. Here alas the video quality really suffers, as none of the live feeds are high definition presentations and the framerate is certainly not as smooth as their more traditional satellite counterparts. The harsh video compression is extremely noticeable and much of the details washed out on any movement – which for sports viewing is pretty terrible as it is usually all fast action activities.

You are not just limited to Sky services, in fact many of the popular Roku channels have made their way over to the NOW TV Box. BBC iPlayer, Channel 5 On Demand, This Week in Tech (TWiT), Revision3, Spotify, Facebook and others are available and function identically to their Roku counterpart, simply because they are exactly the same apps. I have always been happy with the Roku Channel apps and on the NOW TV Box, they work just as well.

Unfortunately the full Channel lineup available on Roku devices are not accessible, instead a more curated list is displayed. The most glaring omission is that of rival streaming service Netflix, which is nowhere to be seen and is probably unlikely to ever appear on this device – even though it is available on the Roku.

Although there are dozens of apps available on the NOW TV Box, it is an extremely reduced list compared to the Roku and within each category of apps you will see just a few rather than the wide selection on offer from Roku’s own devices. My own app which was recently accepted on the Roku Channel Store has also failed to survive the reduced offerings available. Grrrrr.

It’s not often, in fact incredibly rare that the price of a device becomes the main reason why I should own one. We all love a bargain and the NOW TV Box at £9.99 is just that, an astonishingly cheap yet feature packed quality box that will expand the capabilities of your television with streaming ‘on demand’ Internet delivered content.

The NOW TV Box is a Sky offering and therefore you are encouraged to subscribe to their services, but never forced to. There are plenty of decent free offerings within the box that make it appealing for fans of BBC and Channel 5 on demand content consumption, with others from Spotify, Facebook and more besides.

If you wish to watch Netflix or videos from a much wider range of independent content providers, the NOW TV Box is unfortunately quite limited. However, if you are looking for an extremely cheap introduction into the digital streaming content world, the NOW TV Box is an easy recommendation and an obvious purchase, with a pretty robust hardware and software platform that shouldn’t disappoint.

If you are yet to take the plunge into streaming Internet content, the NOW TV Box at just £9.99 is one of those devices that is just so cheap – you might be even considered a little daft for not at least giving it a go. 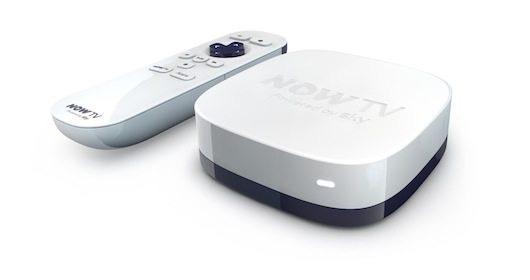