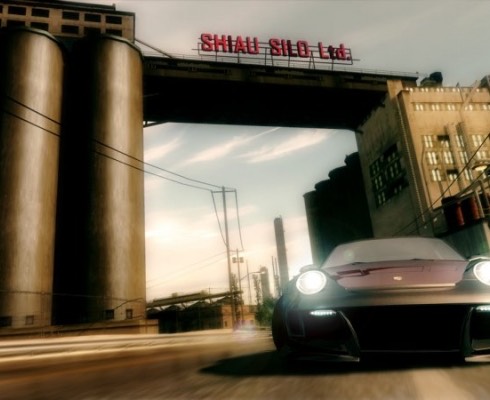 It is time to look back right to the launch of the Xbox 360 console when one of the first titles released for the new next generation platform included Need for Speed Most Wanted. At this time, any problems generally could be forgiven as most of us understood the challenge developers undertook in trying to learn an entirely new system. We are now years past this first experience and we expect so much more from any of the newly released games, yet here we are under intense sufferance with the latest Need for Speed in the series.

Unfortunately I feel this review will go into a two page moan about why this game is taking our patience to a whole new ‘over the line of tolerance’ experience if I am not careful, however let me just put it like this… The framerate is an utter joke. There are simply no meaningful excuses that can be used to justify this poor juddering result. There are even advertisements on the television showing a ‘representation of the gameplay’, but if that was entirely accurate, the advert would show terrible stuttering and a gamer chucking his controller through the LCD screen. I kid thee not!

So let me tie up this whole framerate issue by writing this paragraph and then we can move on. It is so bad, you will be driving along at fast speeds and without any warning the game will have a massive hiccup and where in the previous second you are in no danger, the next you are bonnet first into a corner. Thankfully this issue isn’t as bad as it could have been as the game is so easy. Maybe it was a back door apology by the developers and publisher by lowering the difficulty so gamers such as ourselves could at least glean a bit of pleasure. Well it didn’t quite work if that was the intention. 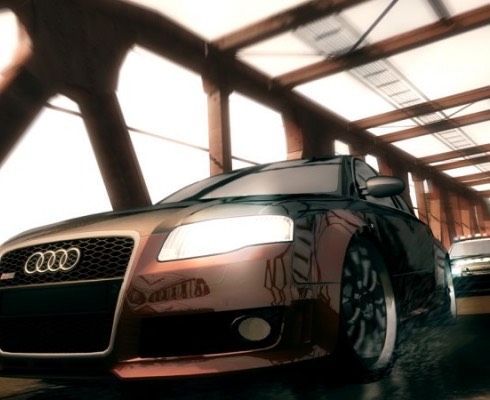 Cop pursuits are just as intense and wonderful as I remember though. The radio chatter, the sirens glaring, the exhilarating music and the sense of escape is brilliant, but then even this is plagued with issues. Around the vast three cities interconnected by an elaborate system of weaving roads, there will be labeled elements showing you that they are destructible. Drive through these sections and a weak animation will play out of it falling apart, be it a few heavy pipes or even a whole fuel garage, and if the cops chasing you are close enough their vehicles will be rendered useless. The only problem is that sometimes road blocks can appear from seemingly nowhere and as this animation plays out, you lose control of your car, which unluckily for you means when you gain control again, you might have passed over any spikes the fuzz have laid out ahead. Graphically the game looks quite impressive with a sun that you will either adore or hate depending on which camera angle you choose within the game. The surroundings are vast, but you won’t really take it all in as I will explain later. One of its trump cards is the music, which pounds away pleasantly through the entire game.

So now a little about the story.

You are as the title suggests – undercover. This is explained by a few very cheesy cut scenes that were once quite amusing in previous titles, but now suffer from its mediocrity. You work your way up the ladder of criminality while earning yourself a reputation by completing certain tasks, you will eventually be called upon to then take out individuals who have been found to be involved. 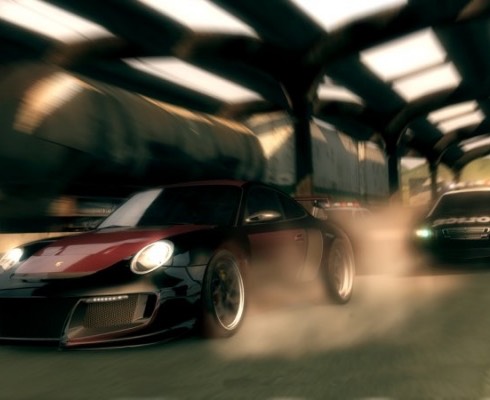 The story although present, really is a stocking filler for a driving romp that is repetitive, easy and even worse, seriously lacking thrills. Again our old enemy framerate destroys a lot of what this game could have been, but let’s not go back there again.

Tasks include of course racing either from one part of the map to another or a simple circuit race. All the roads that would lead you astray are blocked off, which is actually a relief as I hated Burnout Paradise for its constant feature of getting lost. Escaping from police cars, wrecking police vehicles, causing damage and taking on the hazards of the highway against an opponent all appear, but nothing beats getting away from the law.

There are no rewards for exploring this make believe world, and in fact you seem to be encouraged to press a button on your controller to execute a nearby task instead. This certainly saves you from traipsing around, but also means the game turns into a very simple process of complete task, next task, next task and no adventure. 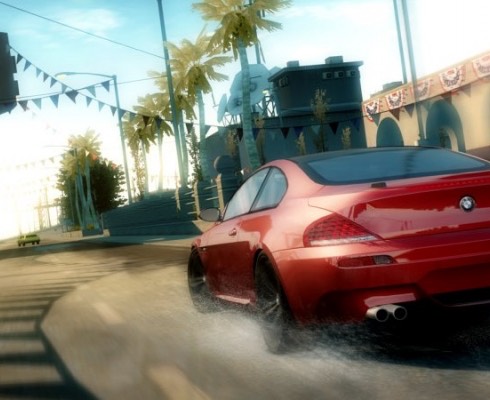 Online includes the sprints and circuit races and also a new Cops and Robbers mode, which sort of works but nowhere near as much fun as the wondrous classic Midtown Madness 3 had online. The bit that really makes me laugh though is that online you are not able to take any vinyls that are featured on your car, in an effort to surely stabilise the game’s performance. Maybe removing all of the details everywhere might have worked, but there wouldn’t have been much left on screen if that was the case.

Of course you can customise your car to quite an extent with the basic colour changes right up to tweaking the visual style and adding new exterior accessories. The vehicle selection is good enough and you have the opportunity to increase their performance. What I really dislike though is the chance to skip the hard work and use some of your hard earned cash (your real money stored as Microsoft Marketplace points) to purchase the fastest cars and maxing out every feature available. 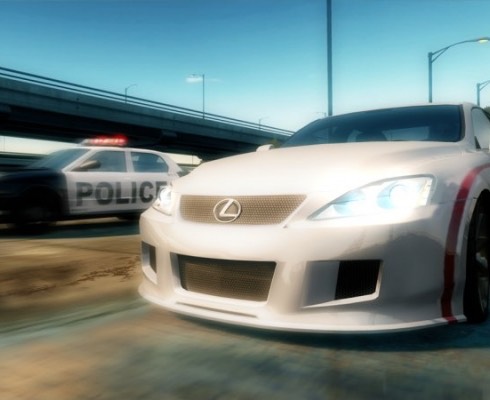 Although the title of the game suggests a Need for Speed, what we actually end up craving for is a Need for Smoothness. The framerate is so shockingly bad, it effects the entire enjoyment of the experience. When you compare to other such games including Burnout Paradise and its slick yet stunningly superb on screen graphics, you can’t help but regret every last penny spent for this latest Need for Speed farce.

There are some good elements within the game, but everything is almost completely wrecked due to what essentially is a title that should have never been released in this state. If you want some easy achievements, it is worth the rent, but don’t go any further than that to spare your sanity.