Skip to content
You are here: Home > Gaming > My Enhanced Beneath A Steel Sky Soundtrack Mentioned in Adventure Afterlife Series 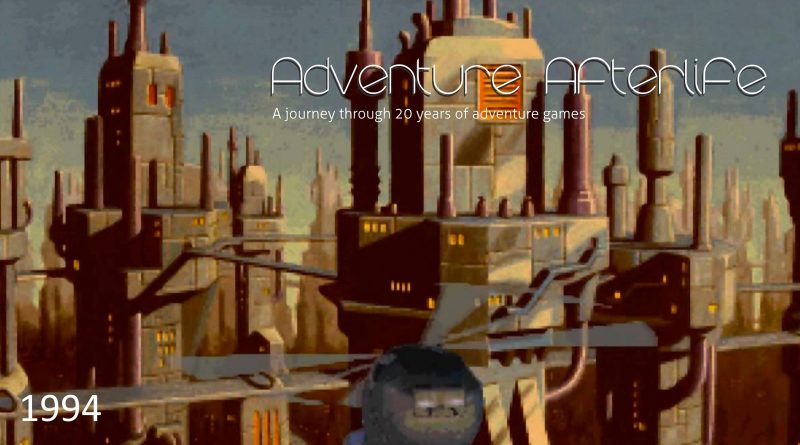 It was a lovely surprise today to notice that writer Rebecca McCarthy mentioned my enhanced music for classic point and click adventure game Beneath A Steel Sky, which I spotted on the Giant Bomb forum under part 3 of her Adventure Afterlife series.

The enhanced soundtrack, which can be used with ScummVM to be played within the game and has also recently been part of the Revolution’s 25th Anniversary Box Set, is a free download for fans of the game.

One of my all time favorite games, if cyberpunk or science fiction interest you I encourage you to play the game. It is available legally for free from SCUMVM or GoG as is James Woodcock’s ( Fan made) enhanced soundtrack, which I recommend you use. Mobile versions are also available if you want to support the dev.
Rebecca McCarthy – Giant Bomb

I mentioned it in Adventure Afterlife but the Beneath a Steel Sky remix by James Woodcock is awesome https://t.co/reNMz79fXG

Make sure you read her entire Adventure Afterlife series on her website.

Beneath a Steel Sky Soundtrack

Beneath a Steel Sky Soundtrack, designed specifically for use with the ScummVM software with enhancements using modern music hardware by James Woodcock. Available in FLAC and OGG Vorbis formats.

Since you did the 7th Guest, I’d be interested in hearing an enhanced version of 11th Hour if you could ever get permission and access to the midi files.

The 7th Guest soundtrack is currently not complete, still some errors in the notes that appear in the odd track here and there, but will hopefully finish and create FLAC versions one day in the future.

The 11th Hour, I have permission to work on these already – but at the moment, time is not on my side nor do I have the equipment anymore to start a new project. Plan is, should time become available and I acquire a new keyboard, I can start work on the 11th Hour next – but I wouldn’t expect it to be any time soon I am afraid.