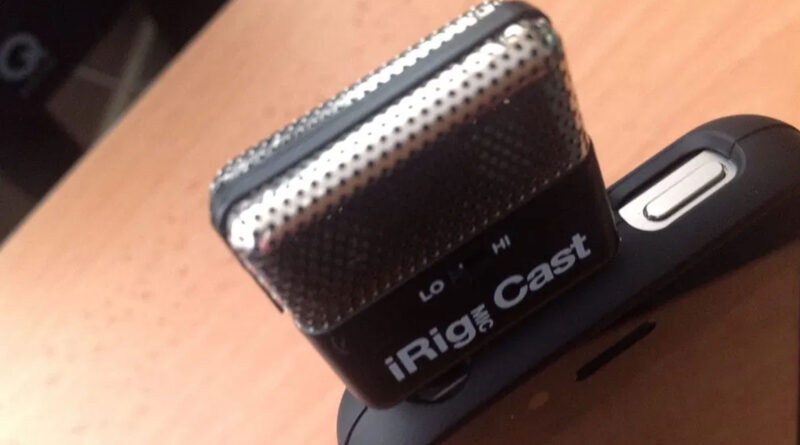 The internal microphone on any iOS device is extremely small and although the quality is perfectly adequate for the infrequent voice memo, for other more serious applications including podcasting, interviewing, dictating, capturing musical performances and recording events & presentations – you may desire an accessory that is better tailored for this purpose.

The iRig Mic Cast is an incredibly compact microphone that is placed into the shared microphone & headphone port on your iOS device, be it a compatible iPad, iPhone or iPod Touch. With it’s mic grill covering, black lower half and minute proportions – it certainly doesn’t look out of place connected to your iOS device. Even better, the iRig Mic Cast managed to fit in my iPhone 4S with its case still surrounding it due to the slightly extended connection they have provided.

The clarity, depth and tone of all of the recordings demonstrated how this accessory could be used in many areas including presentation, event, vocal, instrumental and other types of recording methods.

Once plugged in, the iRig Mic Cast allows you to toggle whether you require ‘lo’ or ‘hi’ settings. If the source you are recording is very close by, the ‘lo’ option is perfect, however in scenarios where the sound you wish to capture is further away, then obviously the ‘hi’ setting is for you. This physical switch located on the front of the device essentially adjusts the input gain. You can of course fine tune the recording levels within many compatible apps available on iOS – including IK Multimedia’s own iRig Recorder. Wonderfully though, if the iRig Recorder software doesn’t meet your requirements – you can use the device with a wide selection of other suitable apps for additional options and recording features.

The right hand side of the device includes a stereo mini-jack port to plug in your headphones if you wish to monitor in a live situation the input levels or wish to playback any captured recordings. This is due to the fact that when the iRig Mic Cast is plugged in, the audio output through your iOS device’s own internal speaker is cut off.

Also included with the iRig Mic Cast is a tiny plastic black stand for an iPhone or iPod Touch to rest on (the iPad is too heavy!). This is handy due to the fact the unidirectional microphone on the device picks up sounds best when aimed at the front of it – so laying down your iOS device flat would not be ideal for a sound projecting across a room. This also helps when your hands need to be free to play a musical instrument.

In close up situations, the iRig Mic Cast provided a much richer overall sound than the internal microphone included with the iPhone (in this case an Apple iPhone 4S). The depth of tone and clarity allowed for a pleasant listening experience and all of this with only a very minimal amount of background noise. This can otherwise consist of hissing or ambient sounds that can easily become part of your recording, although no real issues here to be concerned about as the unidirectional microphone performed admirably.

When standing across a room, again the iRig Mic Cast proved its worth providing far more detail than the internal microphone achieved by far. In fact, this is the area the device really showed its potential in ‘real world’ applications – so for presentation & event recordings, this accessory performed well.

The iRig Mic Cast performed measurably better than the included internal microphone of many iOS devices. The clarity, depth and tone of all of the recordings demonstrated how this accessory could be used in many areas including presentation, event, vocal, instrumental and other types of recording methods.

Although the internal microphone may appear to be an adequate option for voice memo sound recordings, the iRig Mic Cast achieves a level of quality that is hard to ignore, while also stretching far beyond into other possible recording situations adding greater flexibility. 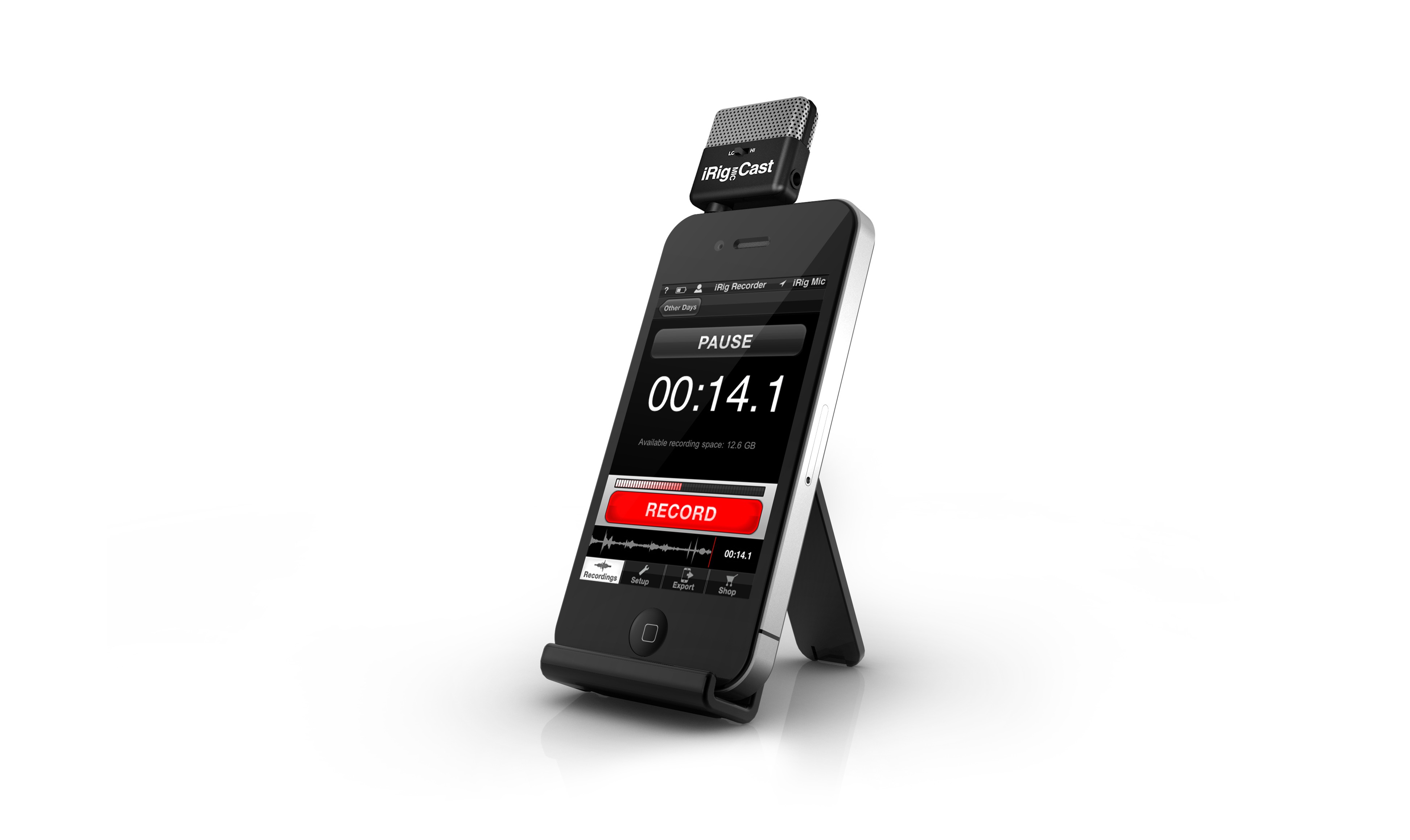