Skip to content
You are here: Home > Platforms > Apple > iPad > In Time Review for Apple iPhone, iPod Touch and iPad 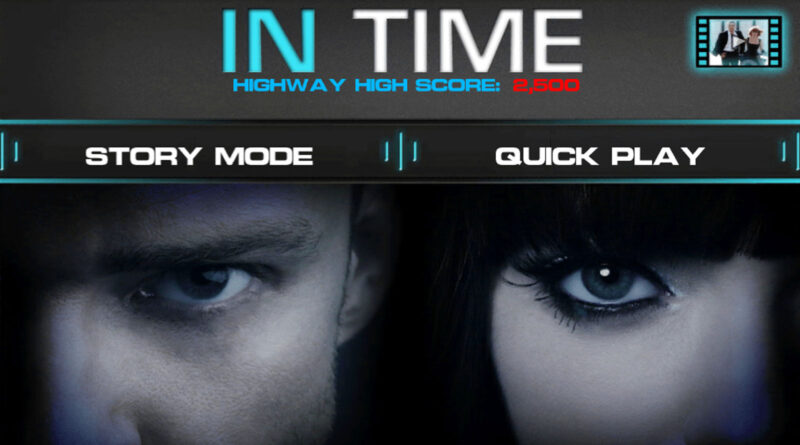 Gaming titles that feature movie tie-ins have often left gamers feeling more than just a little deflated in the past, with lacklustre planning and execution leaving us with a title that can only be considered average at best.

In Time using the wonderful Unreal graphics engine, designed specifically for mobile devices will hopefully show us once and for all that movie tie-ins needn’t be so feeble.

So with fingers crossed, let’s take a look…

The upcoming movie ‘In Time’ features Justin Timberlake, in a Sci-Fi world where everyone has a specific amount of time to exist or stay alive. The system is obviously flawed in favour of the rich and the character Justin plays named Will Salas finds himself falsely accused of murder. I could go on further to explain the plot elements, but as far as this game is concerned – it’s really irrelevant.

The idea is to run through four 3D environments, collecting items, saving people, dodging and escaping from certain individuals and obtaining a specific goal. These goals range from reaching a particular distance, earning a set amount of money and so on.

The pressure is on to be quick as a clock that sits at the top of the screen constantly counts down, which when reaching zero ends the game. You can collect items that are dotted around the environments as you run, although if you are on the wrong path there is no way to turn around so calculating your future moves are vital to succeed. Time capsules are available and when collected, give your current time a healthy boost.

Individuals in suits who are the ‘Time Keepers’ will also chase you, adding yet more pressure to avoid any objects that may hinder your path. Slamming into a wall or mistiming a jump over a static object will allow these frantic chases to end very abruptly as they catch up with you. There are also citzens screaming out literally for a ‘little of your time’ and touching these individuals will give them some of your precious time allocation from the very visible clock on the screen, making it even more important to carefully balance the sharing and collecting of time throughout the level. Finally, waiting for you are again well dressed individuals known as a ‘Minute Man’ who will storm towards you, forcing you to dodge or avoid the best you can within the sometimes very limited space on offer. If they touch you, you lose more of your time. The more cunning of you will aim to collect point multipliers to boost your score.

The environments consist of 3D settings that although a little bland even on the latest Apple hardware be it iPhone, iPod Touch or ipad, offers enough challenge to interest your collecting and dodging sensibilities – for a short while at least. Unfortunately even on the iPad 2 or iPhone 4S, the performance suffers from stutter, lacking a smoothness that would certainly aid in the task of timing jumps and dodges correctly.

The four environments include Factory, Dayton, Highway and New Greenwich. Each offer a slightly different setting to traverse, with vehicles crossing your patch, areas that can either open up or close you in, various elevations and obstructions.

Two modes are available including a so called ‘Story’ options and ‘Quick Play’. Story requires that you complete each of the four objectives within the four environments before you can progress to the next and Quick Play as the name suggests offers an instant gameplay gratification where earning points and obtaining high scores is the key.

In Time includes Game Center support, so expect a few achievements and leaderboards to add to the longevity of the title.

It may feature the fantastic Unreal engine at its core, yet it fails to really make use of the features and capabilities on offer. Although there are hints at the potential of the technology, it lacks the polish and gameplay sensibilities to really impress, never mind excel.

In Time is simply a pleasing run, collect, avoid and be chased title that offers a few moments of excitement wrapped with a movie tie-in shroud. It won’t win any prizes for looks, but it isn’t a terrible game either – although it could and should have been so much more. 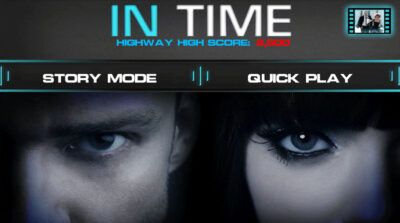