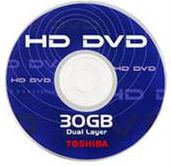 Yes HD DVD may be a dead format now and yes I do have a Blu-ray player courtesy of my Sony PlayStation 3 console, but when there are so many HD DVD bargains luring me in, how can I ignore the format completely?

I entered the HD DVD realm by purchasing the Xbox 360 add on when it first launched in the United Kingdom. In fact I believe that was the first accessory I have ever pre-ordered! After collecting quite a few high definition disks in the format, imagine my reaction when Toshiba ended the war. Hardly a surprise after the Warner move, however there are still hundreds of disks available in glorious 1080p resolution to be found at rock bottom prices.

My primary concern was that I don’t really want the only HD DVD player in the house to be an add on and although the Xbox 360 is up to the task, I could do without all the fan noise in the background for a more serious cinema setup.

I then came across the Toshiba HD-EP30 HD DVD player on the play.com website with 1080p/24fps playback, the films 300 and The Bourne Supremacy (on HD DVD of course) and standard DVD upscaling for just £50. Now if that isn’t a bargain, then I don’t know what is. Of course I snapped their hand off so to speak and a few days later it arrived. Problem solved. 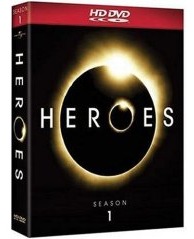 Splendid stuff it has to be said. Now I have the best of both HD DVD and Blu-ray high definition worlds, however there is more… Amazon.co.uk, MovieTyme.com and many other retailers (especially online ones) have heavily discounted HD DVD movies for sale. From Amazon, I managed to purchase Season 1 of Heroes on HD DVD for just… wait for it… £21.97. The standard DVD collection is priced at £41 and I am getting every episode in high definition for half the price!

So keep an eye out HD DVD owners, as if you can resist the urge to sell all of your HD DVD goods on eBay, you can now reap the rewards by following my example and grabbing some truly remarkable price busting high definition movies.