Skip to content
You are here: Home > Platforms > Apple > iPad > Fluke HD Review for iPad – Classic Board Game Action with a Few Twists 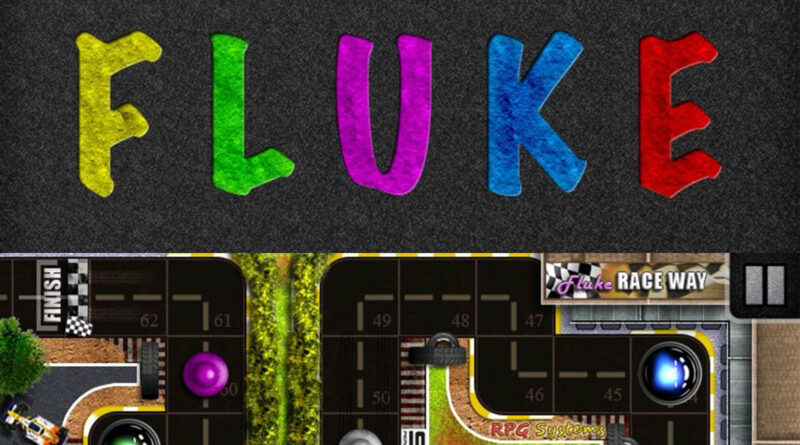 Before the digital age of computers, tablets and smart-phones – board games were the popular choice for millions of individuals as a superb way to pass the time with family and friends. More recently our attentions may have moved on to technologically powered wonderment yet our fascination with the classics have certainly never diminished.

In fact, board games take on a whole new lease of life on devices such as the Apple iPad – taking all the advantages of the digital realm yet keeping the traditional concepts of a board, a dice and a little luck.

Fluke HD is one such title that has utilised the potential of Apple’s tablet and has included charm, addiction and even a little frustration to match the traditional experience.

First off, Fluke HD requires at least two players, however you can play with up to 6 players in total sticking to just the single iPad device or using Game Center to play online with a total of four. The downside though is that there is no computer AI to challenge when you are on your lonesome or have no access to the Internet.

Fluke HD reminds me very much of Snakes and Ladders, but don’t stop reading if this is a thought that sends shivers down your spine. It may have the basic premise of this classic board game, but it takes it far further with some very important additions.

You begin by selecting from one of the three layouts with different themes (with more on the way apparently) and a coloured marker. The aim of the game is to get all of your markers from the start to the finish, but this is far more taxing than you may at first think.

Each throw of the dice is used to judge how far you can advance along the board’s blocks. Nothing new here I hear you cry, but the additions of teleportation blocks and question mark blocks add to the experience.

Teleportation as the name suggests transports you ahead on the board, missing out a fair few of the blocks ahead. This can also have the undesirable effect of sending you further backwards though, so you have to be careful. Question Mark blocks act a little like a Chance card on Monopoly, where they can either favour or impede your progress.

You may be thinking that a game that uses a dice lacks any real skill and that most of it is decided by pure luck. To a certain extent you would be correct, however when you throw a ‘6’ with the dice you have the option to place a second, third or even fourth marker on the board simultaneously. This is where the skill comes into play as you carefully choose which piece should advance on each given turn. If you land on an opponents marker they are sent off the board where inevitably much merriment follows and you can also pick and choose whether you wish to land on teleportation or Question Mark blocks. These decisions can turn out to be crucial master strokes if you and of course a little luck is also on your side.

With up to six players sharing a single Apple iPad, the board becomes a magnificent sight of markers shifting positions and the addiction soon sets in even with the simple game mechanics that are used.

The sound effects are plain and simple but the music adds a nice gentle melody. Unfortunately the music as pleasant as it is loops constantly and is only a short clip.

Graphically the board landscape is nicely decorated and makes use of the lovely display featured on the Apple iPad, although it would have been nice to see a little animation here and there within the background.

Board games should never lose their appeal and thanks to titles like Fluke HD, they never will. It may not be as sophisticated as many of the other games that appear on the Apple App Store, but it is one of the most addictive as long as you can find a player to share the fun with.

Fluke HD is a charming digital board game experience that teases your interests and frustrates your decisions, yet you can’t ignore the delight of playing a more traditional gameplay experience with a few special features to add to the joy. 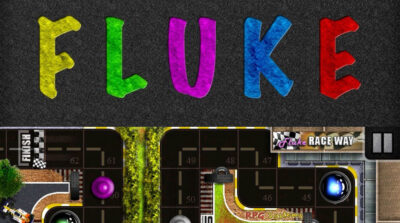