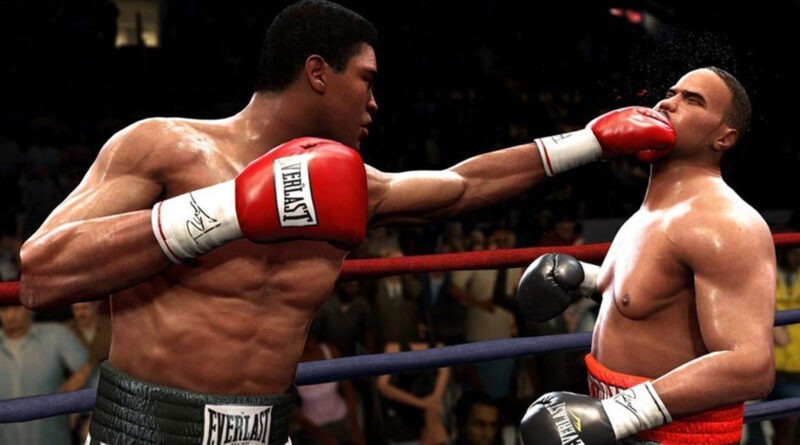 The predecessor to Fight Night Round 4 had our jaws dropping in awe and our eyes watering with happiness at the remarkable visuals. It was one of those magical eureka moments when you realised that next generation gaming had finally arrived and that you were now a part of this momentous moment in history. Now with the release of the Xbox 360’s boxing sequel, it is time to don your gloves once again, enter your square prison-like arena and face your personal demons as you battle it out against the worlds finest.

First port of call is of course to create your own boxer for the ‘Legacy’ mode, which acts as your career. You can tweak to your hearts content with the usual adjustments, however you can go that step further with either a photo stored on the EA Sports website or your Xbox Live Vision Camera, which will capture your facial details for a pretty decent virtual replica. Let’s face it, there is nothing more disturbing than seeing a likeness of yourself falling to the ground when your defense has dropped for a split second!

Now the all important instructions begin, explaining the new analogue controls. With the right analogue stick which they have aptly named ‘Total punch Control’, you activate certain punches be it straight jabs, upper-cuts or hold down the left trigger simultaneously and you will aim for the body. You are only going to win bouts though if you work on your defensive skills as well. Using the right trigger, you can block to protect either your head or body, but not both at the same time. The left trigger will lean your player away from oncoming punches. The best aspect of all this defense work though is the counter punch. If you achieve perfect timing, using blocks or leans will slow down the action as your opponent misses, giving you time to swing and hopefully make contact with a powerful wollup. Last but not least is the ‘Haymaker’, which will be a slow obvious shot, but if you do make contact extreme damage will be your reward.

Once mastered, it will be only a matter of time before you begin to achieve the upper hand and land some spot-on punches resulting in your opponent being stunned. In this weakened state, you can take advantage by throwing the killer strike, knocking him to the floor nobody wishes to lay upon. If you are the unlucky one, you will need to use both analogue sticks to center and then lift your player before the count of ten is reached.

Nobody wants to be considered a ‘boxing bum’, so by completing certain tasks be it fighting on a particular night, gaining popularity or your increasing winning percentage, you can climb up the ladder representing your status until you become ultimate champion. This won’t be achieved by boxing alone however as training is as much a part of this game as actual fighting. There are several mini games that will increase certain aspects of your attributes, be it the power of your shots down to your accuracy, but you can select an automatic option that will give you 50% of the possible increase available. This will take longer, but at least there are guarantees of progression. If you master the training exercises, you can go all out.

If you want to skip the formalities of the Legacy mode and take on a fully stoked boxing specimen, you can select ‘Fight Now’, selecting from the many legends from the past that have appeared in the numerous weight classes.

Once in the ring, the much touted on-screen display removal allowing us all to focus on just the intense action has somehow been forgotten in this Xbox 360 sequel and now health, stamina and blocking meters make an unwelcome entrance. I prefer calculating my vitals by good old fashioned monitoring of the cuts, blood leakage and breathing rates on my boxer rather than a bar that shrinks, however it can be removed in the options. Just seems a little odd as I thought the previous game had it nailed, but I guess there were those who must have moaned for it to be changed… Maybe?

After each round, you steadily trot back to your corner to receive some much needed attention. Earning points depending on how well you have fought in the previous round, you can allocate these to improve your health and stamina or you can let the professionals take over completely.

Graphically speaking, Fight Night Round 4 is one of the best demonstrations for what next generation gaming is all about. Admiring the boxer’s muscles flex as you throw your fists around, enjoying the connection with your opponents face as you achieve a knock-out blow and the dripping sweat dispersing from their skin is truly a marvel by anyone’s high standards. The boxing legends that feature including Muhammad Ali, Ricky Hatton, Joe Calzaghe, Lennox Lewis and even Mike Tyson all look amazing and you may actually find yourself fearing their powerful kidney pokes pressured by the intense stare in their eyes. Whether you are taking in the atmosphere of the lavish surroundings or the boxers themselves, this game will easily transport you to this sporting spectacle giving you an adrenaline rush like no other event can.

The music is what you would expect with the usual in your face beats and attitude, however when it comes to your encounters in the ring, it is the atmosphere that carries any sports game and we are not left feeling disappointed. The crowd sounds and even the commentary add to the occasion of such an event, even if the pearls of wisdom often repeat themselves.

Whether it is the sound of a jab to the chops, a grunt in agony or the sweet satisfaction of your opponent hitting the floor, this title has it spot on for recreating the overall sensations of not just watching an important boxing event, but actually being within the action yourself.

Stunning visuals and a feeling of connection with your created boxer will have you playing for many hours to come as you progress through the career mode. If you are looking to maximise your purchase, gaming online will add additional time to your enjoyment. You will have to watch out for the spamming opponents out there, but with practice and perseverance, the counter system will alleviate this annoyance.

Fight Night Round 4 continues the wonders of the previous game, while adding more depth to your boxing experience. It may add a few annoying on-screen displays that distract from the action, but for anyone who loves to duck and weave and throw a few painful punches along the way, this title is surely a must purchase even if your boxing skills are lacking.

It simply is a visual masterpiece that will have you and any onlookers astonished at the extreme realism, sporting nostalgia and overall atmosphere. You may even have to to pinch yourself every few moments to remind your senses that you aren’t actually there. 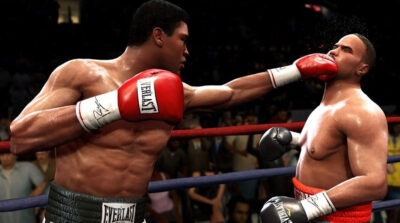