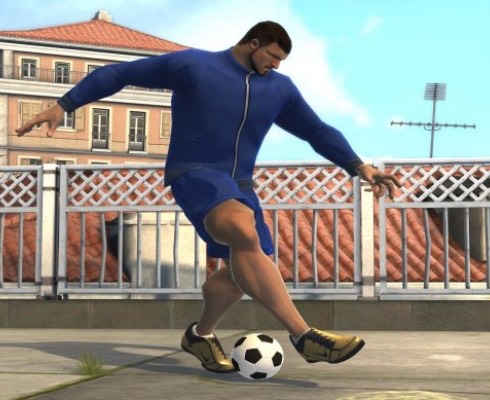 If a new FIFA football game (or Soccer if you live over the pond) each year isn’t enough to keep your skills alive from season to season, then how about an over the top parade of razzmatazz from FIFA Street 3 to keep your cockles warm?

FIFA Street 3 follows on from two rather lack lustre titles before it in the series, but as we journey into high definition, you would hope that effort to add fantastic graphics with a slew of content options would be available for your ball dribbling delights.

The aim of the game is simple really. It is a typical football game just with fewer players, a smaller playing field and add a sprinkle of wacky moves. You can enjoy a rampant tussle from left to right, where no referee will involve himself, so no yellow or red cards. Far from the classic game we know and love. 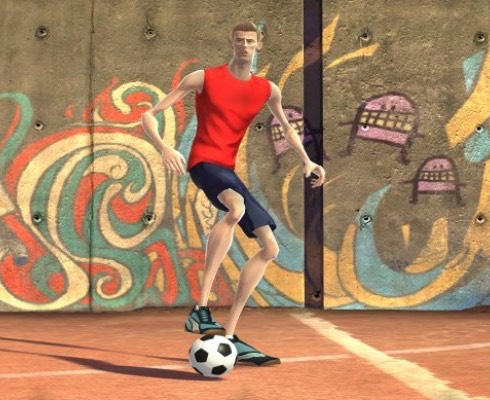 It is all about showing off. Triggering skills pretty much all of the time is the key to success and this is the crucial flaw to this title. Instead of darting around and passing the ball, you are endlessly hitting the buttons to pull off fancy tricks, which increases your Gamebreaker meter.

When this reaches its full potential, you can activate it. This increases your shot abilities in a crazy scoring fest and because of this, the game becomes a trifle disappointing to say the least. In an attempt to be more like an arcade game, the Gamebreaker instead spoils the pace. As the person with the ball, you will be standing around far too much for it to be any fun and as the person trying to get the ball, well hammering the tackle buttons is all the excitement you will achieve. The closer to the opponents goal you are, the quicker the meter will increase, but even this makes for one of the most bizarre and uninteresting versions of football you are ever likely to see.

Tricks are verging on the land of make believe, however the convincing animations do improve your realistic stand point to the whole affair. The graphics are quite lush in the surroundings, which include an Oil Rig, Roof Top, Ship yard etc. The players themselves are cartoon like representations with a small dose of humour in mind.

If we are to compare the Xbox 360 and PS3 versions graphically, the only real difference you will notice are a few more jaggies around the surroundings and players. Other than that you can expect a pretty smooth experience on both platforms. Obviously the achievements are a much bigger pull for the Xbox 360 edition, however console fanboys will have to look to other titles to rip either one apart in performance. PS3 owners will also enjoy rumble for those lucky enough to have the latest DualShock 3 controller.

The menu presentation is brilliant. Bright, vibrant and it seriously stokes up your adrenaline to the point where your interest sparks. Unfortunately this doesn’t last long once you notice that there is something vitally important missing. 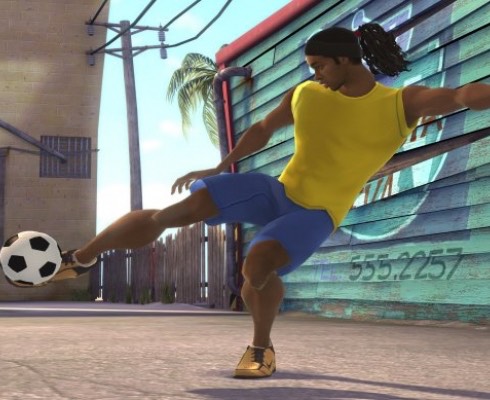 Content. Where are the game modes? You have a few and of course online, to a certain extent, saves the day if you are lucky enough to find any of your friends owning this lacklustre title and the lack of leagues is disappointing. Slim pickings indeed.

Challenge mode is the best you can hope for in single player, with a selection of tasks to complete, which includes scoring with a particular type of shot (header, volley etc), winning in a set time limit and scoring the first to a predetermined goal count among others. These soon become quite tedious and even the lure of achievements isn’t impressive enough to warrant your pitch plundering talents.

There is a Head-to-Head mode again if you can find someone gullible enough to join you, but the basic game mechanics just spoil the whole point. The game should be fast and furious, but again pace is unrewarded.

The music is an eardrum popping fest of electric pumping beats. Either I am getting old or the tunes are seriously irritating after just short periods of play. There is no commentary, but there is a little bit (and I mean little!) of atmosphere around. 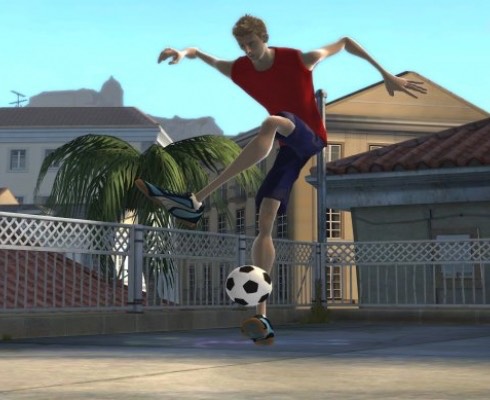 FIFA Street 3 has about as much appeal as its predecessors and even with next generation graphics, you will more than likely fall in a slump in your chair rather than jump about with any kind of excitement. The basic principle of the gameplay is flawed and the content severely lacking.

The series should just be burning in a great hole right now in a firework display of broken promises. Just give us a proper 5-a-side football game without the Gamebreaker, quicker movement and a little more fluid interactions and that will be enough to satisfy us. Otherwise please move along Sir as there is nothing more to see here.