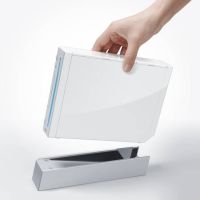 Whenever I scour the Internet particularly on gaming discussion forums, the fanboy attitude always exists somewhere and with companies loving to reveal statistical data to impress, it is no wonder the fanboy takes everything on board and loses any sense of analysis of what really is going on. Companies may release the data, but it is up to the poor writers and editors to decide how best to describe the latest revelations and how it sits in context with the console rivals.

The latest statistics that have been posted on most major gaming sites is that Nintendo have sold 1.1million Wii consoles in the US, which is double that of the Sony PlayStation 3. So what does it mean?

Well before you say that the demand for Nintendo is much higher than Sony or indeed Microsoft remember one key problem. Microsoft and Sony are using technologies that are more expensive to manufacture and in some cases harder to get hold of. As we found with both the Microsoft and Sony launch, the demand outstripped supply very quickly, so in the end it came down to one conclusion…

Statistics can mean very little without a solid context. The Xbox 360 and the Sony PlayStation could have sold many more units worldwide if the supply was there to meet it, which raises the question how many consoles would they have sold if the supply was available for every single person who wanted to own this next generation machine?

The Nintendo Wii has had a very good start in the console race, but this is mainly due to a few disenchanted gamers not that overly impressed with the next generation of consoles, and Nintendo’s Wii hardware not exactly being cutting edge, which equals cheaper consoles and easier to manufacture components. I am not discrediting Nintendo’s achievement though and in fact you have to congratulate them for releasing a console with a very daring controller design, much slower hardware and yet still appealing to the gaming masses.

I have always said that 2007 will be a fascinating year for gaming enthusiasts who look to consoles for their pleasure, but at this point spouting early statistics will only lead to confusion as it is still very early in the race. So resist any fanboy temptations to argue with statistics and begin with what really counts, which is of course the games that are available.

Broken Sword Shadow of the Templars – The Director’s Cut Impressions

P3Zine #10 – I Interview Darren Williams Regarding ‘The Club’

Wikipedia, folks. PS3 is the most advanced and the graphics of Uncharted 2 really show what it can do, 360 is overrated, It got a boost because they released it earlier and cheaper than the PS3 for fear of the compitition. Tommy, Get your facts straight.

The PS3 does indeed on paper and with titles such as Uncharted impress us with the ‘best’ graphics on any console system, however for me personally, the PS3 is still lagging behind Xbox 360 in a number of areas such as online consistency of features.

If I didn’t have all the consoles, I would purchase the Xbox 360 as it stands right now, but I am looking forward to Uncharted 2 as I adored the original.