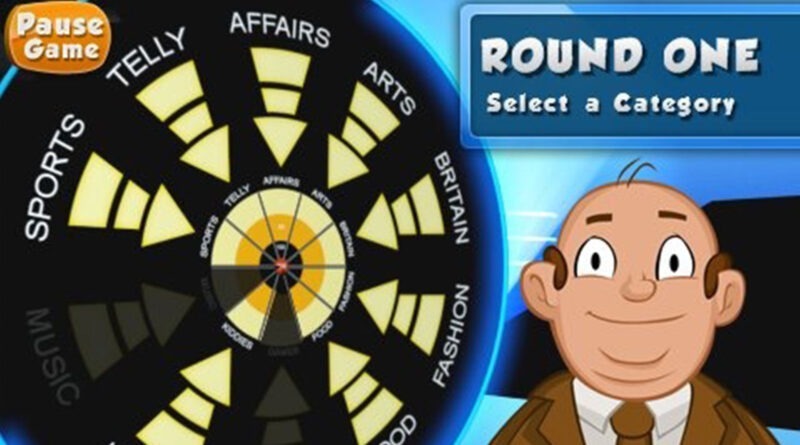 Bullseye first aired on UK televisions in 1981 and over the many years it appeared on our screens, the dart throwing quiz show enjoyed millions of viewers and many adoring fans. Who could resist the bizarre prizes, the presenters ‘Super, Smashing, Great’ attitude and the fact that you could gamble everything you had won to have the chance of winning a caravan or a speed boat.

Owners of the Apple iPhone and iPod Touch can recreate this fascination thanks to the official Bullseye game created specifically for these devices. So let’s grab a dart and throw ourselves into the world of a quiz like no other and see if it really does hit the spot.

As soon as you start the game, the theme tune blasts from your small speaker and at that very moment, you feel a nostalgic chill flow through your upper body as you then daringly hit the ‘Start New Game’ option.

‘The Show’ is the mode that gives you the authentic Bullseye experience from start to finish. Up to three players using the same iPhone/iPod Touch can take part, however if you are on your own, you can face computer opponents (of which the difficulty can be changed in the options). Even the characters you can select from the screen, although minimal in quantity, ooze Bullseye charm in their apparel. In Round One, you select from a series of categories to denote the type of question you will answer including Sport, Music, Games etc. Before you answer a question though you are required to take full control and tilt your iPhone/iPod Touch to aim your dart. The cursor pulsates indicating when you should tap on the screen to achieve the best shot and this is displayed as four arrows moving in towards a target and out again. The closer the arrows to the target, the more accurate your resulting throw. If you want perfection, you will need to look out for the red dot that appears briefly in the center of this cursor. This repeatedly shows in time, so it comes down to following the beat if you like, of the pulsing to achieve the best outcome. Once your dart is thrown (and hopefully in a good scoring zone!), you answer a question for bonus points.

After a few questions we move along to the high score section of Round Two, using now a traditional dart board. If you happen to achieve a fantastic ‘180’ with three darts, you hear the voice of Tony Green belt out your score. The player with the biggest score is allowed to answer another question and this goes on for a little while until we have our lucky team who progress, while the other two go home with a bendy bully, tankard and darts. Lucky them I hear you cry.

If you haven’t been knocked out by this point, it is now your turn to take control of a professional darts player, who has a far slower pulsating cursor to portray their godly expertise at targeting. In the actual television show, this would have accumulated money for a charity, but on this version its just another way of earning extra points.

The final round is finally upon us and this is where you can win the wacky virtual prizes. The board now shows red scoring zones and a mass of black, which wins you nothing. Hitting a red area however will reward you with a chicadeer ornament, novelty phone or if you hit the bullseye, maybe even a microwave cooker! If you throw a dart in the same red area as before though, you lose the prize.

After all of this hard work, you are then given the chance to gamble all of your winnings away in a bid to win the star prize. If you score over 101 points with six throws of the dart you can win that dreaded shed on wheels… sorry I mean wonderful caravan.

Bullseye is much more though than all of these shenanigans. You can also select an individual round if you fancy a much shorter experience, although the game does save your current progress if you receive a call or wish to exit to something else. ‘Throwers Den’ has a selection of mini games, including a real scoring game of darts be it starting from 501, 401, 301 or 101. ‘Around the Clock’ is where you need to hit the numbers of the dart board in order, ‘Call Three’ where you hit indicated numbers from your opponent and ‘Tic Tac Toe’ that has a numbered grid representing the spaces for your typical Noughts and Crosses.

Achievements through OpenFeint are unlockable adding a little incentive to progress and compare with any Facebook friends you may have. Leaderboards are also included.

Not only do you get a pretty decent quiz game for your money, but also a fun darts experience as well to take with you wherever you might be. If you ever watched the original series you will love the nostalgic qualities Bullseye represents and even if you are new to this environment, you should enjoy the idea of both a quiz and darts aspect all in one nicely presented title.

Now if only they could get Jim Bowen to add his vocal flair to the game, we would really be there… 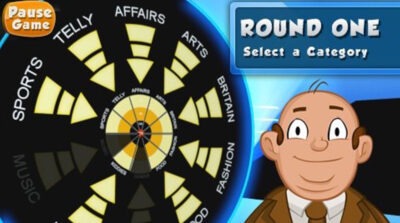 My Ode to Gaming Poem