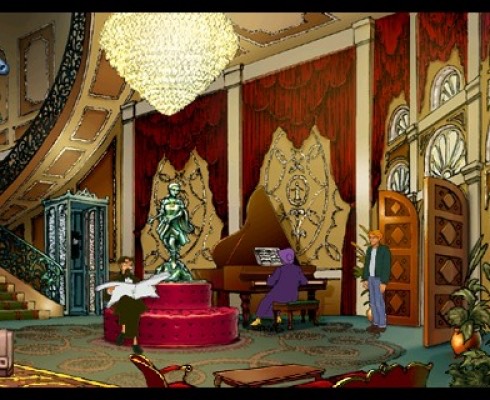 ‘Point and Click’ adventure gaming never loses its appeal for me and as I sit here writing yet another review for the iPhone and iPod Touch, grinning at the thought of more titles of this genre appearing on so many systems, the sense of joy and satisfaction brightens up my day.

There seemed to be an evident lull in this genre for quite a few years and instead first person shooters and other types of gameplay were all the rage and my old trusty gaming of choice, ‘point and click’, had been assigned to the history books.

Thankfully a new vigour has revived many of the classics from days gone by and the original Broken Sword, which in my opinion is the best of the series, received an updated experience with new content, dialogue, puzzles and features firstly on the Nintendo Wii. The iPhone and iPod Touch is the next stop for this enhanced variant and proves to be a very sensible move indeed. 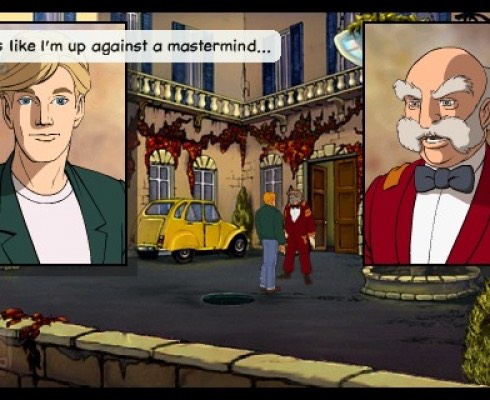 For those who have never played the original Broken Sword, you have truly missed out on one of my all time favourite titles. Released in 1996, you took control of an American named George Stobbart who on holiday ends up embroiled in an epic murder mystery that starts in Paris, but ventures around the world as well. George then has the good fortune of meeting Nico Collard, a French photo journalist who has been following a trail of murders which brings these two unlikely individuals together on their quest for the truth. The Knights Templar feature as part of this dastardly plot, so visiting historic locations and receiving intriguing insights into parts of the past certainly elevates the weight behind the story. 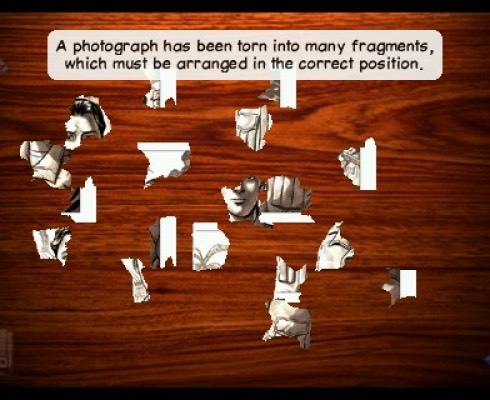 In this first title you controlled George exclusively in this worldwide search, however in this new updated version you also follow Nico in new sections, which not only adds more hours of gameplay but more importantly fills in some of the story that we previously had no idea existed. Both George and Nico are a joy to control and every second that passes in your gaming progress will entice you to become closely connected with either character.

As you progress, your imagination and sense of connection with the characters increases and your lust for the answer compels you to push on, enjoying the wonderful locations, the perfect balance between humour and plot and the immense captivation created by the steady realisation of the new knowledge you identify along the way.

I really couldn’t praise this game enough back in 1996, however the updated version really does add additional interest and now the iPhone/iPod Touch edition arrives and my heart literally started pounding. 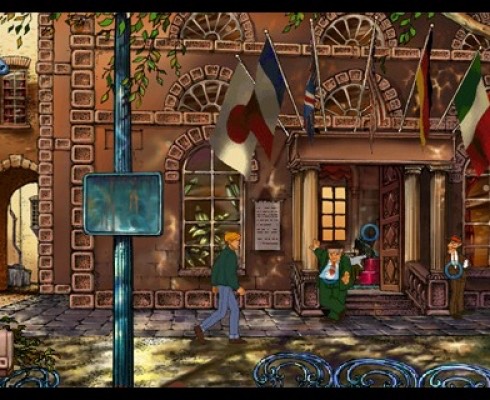 Point and Click adventure games have used various methods that hope to make your life easier in controlling the on-screen items. The Broken Sword approach actually adopts what we first experienced in Beneath A Steel Sky: Remastered, so moving your finger around the screen will reveal the areas that are of interest and then you can choose how you wish to interact with the object or person. Collecting items, talking to people, examining clues, solving puzzles are all accomplished this way and to say Broken Sword was never originally designed for such a device, it actually works very well with the slight tweaking to make the process simpler and is certainly one of the better control methods for this genre.

A smaller screen though does also present other problems. When a character is speaking, it may be quite difficult to identify who is talking by the simple animations alone. Instead comic book style windows appear with subtitles, so you are never left in the dark.

With any adventure of this type, the puzzle solving element is prominent. Knowing which items you need to combine, where they are to be used, where you should be and who you should be talking to will all add to your frustrations, but there is a saving grace for those that are maybe a little impatient. Just like in the Nintendo Wii version, there is a hint system allowing you to receive a few tips along every step without any penalty. It is up to you how hard you work to complete the game and if you are at risk of chucking your iPhone through a window, then a useful hint is surely recommended.

Oh and for those who love to Twitter, well you can even link to your account and the game will post Tweets with your permission detailing your latest purchase and so on.

There are quite a few point and click adventures to choose from on the Apple iTunes Store and Broken Sword: The Shadow of the Templars is one of the finer selections if not the best to give your heartfelt attentions to and best of all travels with you in your pocket.

If you want a thrilling murder mystery, wonderful story, imaginative surroundings, hilarious moments and immersive characters, you are in the right place for an experience that is hard to beat. Although I use the term ‘classic’ a fair bit when referring to older games, Broken Sword is the pinnacle of this greatness.

How To #5: Chloe Yoga Easter Egg in Uncharted The Lost Legacy