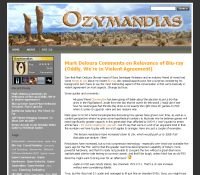 I have been saying for quite some time that using a brand new technology for storing data (Blu-ray) and then expecting the speeds to be good enough for gaming just don’t go together. However as the release of the Sony PlayStation 3 gets that little bit closer, actual sensible debate of using Blu-ray for gaming (and no not arguments) is appearing on the Internet.

Andre Vrignaud and Mark Deloura have been having an online debate regarding this very issue and although there were some disagreements, they also seemed to agree on the distinct differences in speed:

Mark Deloura (former head of Sony Developer Relations) – Admittedly, Blu-Ray looks dicey from several non-capacity angles. Blu-Ray movies require a 1.5x Blu-Ray drive, or 54Mbits/second. Sony announced that PS3 uses a 2x BD drive, which is 72Mbits/second or 9MB/second. The Xbox360 uses a 12x DVD, which should give it about 16MB/second. That is significantly faster for games and will result in shorter load times. And that 12x DVD drive should be a whole lot cheaper. (Note that the PS3 drive will do 8x DVD, and even that is faster than 2x BD.)

I really suspect that the PlayStation 3 is only having a hard drive as standard to cache data for gaming. If Sony weren’t worried about Blu-ray speeds for gaming, I would have expected the lower end specification to be released without a hard drive to save some pennies, as at the price the PS3 will be retailing at, every cut helps (as long as it is done the right way of course!).

One thing that hasn’t been mentioned though is seek time speeds? The time it takes to actually find the information on the disk. This is crucially important as well!

All in all both blogs are well worth a read and I am sure fanboys in both camps will find something of interest.

Finally… Blu-ray Has A Use – Star Trek Phaser