Skip to content
You are here: Home > Platforms > Android > Beginners Guide to Computers #1 – Computer Types and the Operating System 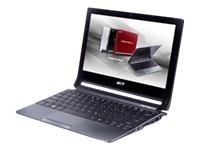 When you are considering investing in a new computer, along with your decision of a fair price is usually determining the specifications that would be best suited for your requirements. These can be a little overwhelming for the newcomer, so here is part 1 of a beginners guide to computer types and the operating systems on offer.

First of all, a decision of which type of computer you need is essential: 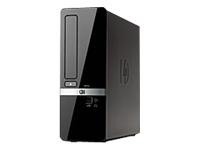 The most common form of a computer is known as a ‘Desktop’, which in years gone by sat upon the desk top. More recently though, a ‘tower’ stands upright with all of the computer hardware featured within, which tend to be placed on the floor or within a desk unit to the side of your seating position, giving you easy access to the drives and ports featured on the outside. Desktop computers are quite large, however this also means that there is little restriction on the amount of powerful hardware sitting within the case. If you wish to upgrade your computer at a later date, Desktop’s are far more accessible for replacing or adding new components. The ‘Desktop’ is designed to stay in a single place so don’t expect any kind of portability, however it is the perfect workhorse for daily use and is suitable for the most demanding of applications. 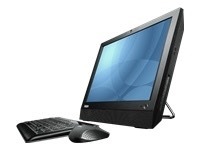 Rather than utilising a separate tower, the computer components are stored within the monitor (display). This is a great way of saving space and reducing clutter both on and beneath your desk as all the ports and drives are located within one single unit, leaving only the keyboard and mouse (often wireless) to co-habit your work area. 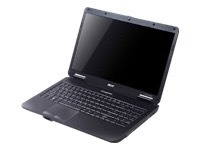 Laptops are of course computers that can sit on your lap, however they have the benefit of being portable and can also happily function as a computer sitting upon your desk. Rather than having a separate monitor (display) and keyboard, all of it is housed within a single unit that can be carried with you when the need arises. The mouse is replaced by a flat sensitive touch-pad, where you instead use your finger to control the on-screen cursor to activate programs and interact with the software. When sat at your desk, you can plug in external devices such as a fully functional mouse or storage devices that host many of your precious files.

The Netbook should be considered a far smaller version of a laptop. Although they may not have the same power and speed the laptops and desktops provide, for those who just wish to browse the Internet, check their emails and share content – the Netbook is the most mobile offering with a built-in keyboard and touch-pad. They offer extreme portability without sacrificing many features.

The most recent addition to the computer family is the tablet. A decently sized touch-screen display replaces the keyboard and mouse entirely, using your finger or a stylus (depending on product) to operate any of the needed functions and a virtual keyboard on-screen appears when you wish to input text. There are various sizes and configurations within the tablet world, however the main focus is designed for ease of use – optimised for the touch-screen environment.

The Operating System or O/S is the key software that controls how you interact with your applications and computer hardware. The most popular belongs to Microsoft known as Windows, however there are others available that feature within the different varieties of computer types above:

The most popular and successful operating system is of course Microsoft Windows. Currently Windows 7 is the latest version offering a wide selection of applications and impressive compatibility. Due to its domination of the market, the chances are if you need a piece of software for something quite specific, you will find an option on the Internet that is either free or requires payment. With a diverse selection of software and wide industry support, Windows is and remains a very desirable option.

Exclusive to Apple hardware, Mac OS X is featured on Apple Macintosh (also referred to as Mac) computers. For people who desire a change from Microsoft Windows, Mac OS X provides a fast and stable environment for your computing needs.

An operating system that competes well against the most dominant offerings, with variations based on Linux that are free including one named Ubuntu. Ubuntu includes many of the recognisable functions that other operating systems feature, while also catering for a diverse market of Desktops, Laptops and Netbooks. 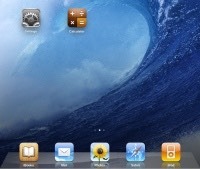 Currently the most popular within tablet operating systems is iOS, which is exclusive to Apple devices. Based on the iPhone and iPod Touch operating system, the iPad tablet features the same simple operation and features you would come to expect from Apple. Designed solely for touch-screen devices, the software (also known as apps) allow you to easily surf the Internet, check emails and enjoy a huge selection of apps from their own Apple iTunes Store.

Android is distributed by Google (known for their search engine) and is designed for mobile devices. With many similarities to iOS, Android features the ability to install apps (programs). Interacting with the operating system by using your finger or a stylus (depending on product). Unlike iOS, Android is available on a large selection of devices distributed by many different manufacturers.

The terms 32-bit and 64-bit refer to the way a computer handles information. 64-bit is considered to be more efficient than that of the 32-bit editions and also allows for larger amounts of memory (RAM) to be installed (can improve speed and number of applications in use simultaneously). Before considering 64-bit, please check that devices you own, including but not limited to printers and scanners, feature 64-bit drivers, otherwise they will not work on a 64-bit operating system. Visit the device manufacturers website for more information.

How To #3 – How Do I Automatically Update Apps on iPhone, iPad or iPod Touch