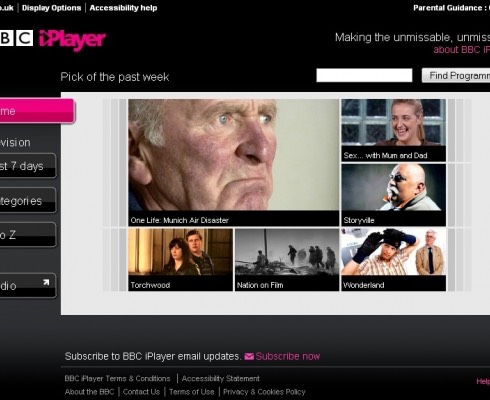 I have always enjoyed Sky+ for recording my favourite television programmes through a set top box, but the BBC are trying an online approach direct to your home computer. This includes shows like ‘Have I Got News for You‘, ‘Mock the Week‘, ‘Watchdog‘ and ‘Eastenders‘ among many others.

The BBC iPlayer is a website allowing you to stream videos in flash format (immediate playback) or you can choose to download in a higher quality Windows Media Video version (with DRM protection). This is an idea other channels are already taking part in, but the BBC is different as it is the license payer who funds them and not advertisements. 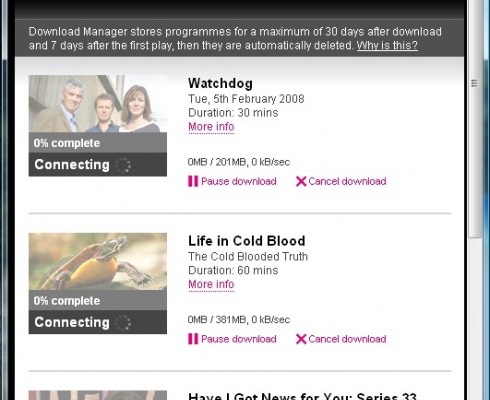 I was expecting therefore a much looser approach in sharing the content, however DRM is certainly present to stick a spanner in the works. Should I be surprised? No not really. After all there will be those stressing about people outside the United Kingdom having access for starters.

Digital Rights Management (DRM) is one of the most annoying elements of downloading music and videos and it makes me wonder how on earth we are expected in the future to scrap media formats like DVD and move to this purely online digital world. In a bid to protect content, DRM allows publishers to lock any commercially downloaded media to your computer. There can be a little flexibility, but don’t expect sharing of any kind without a headache. You will only be able to view downloaded programmes on your PC and maybe an extender if you can understand the twisted titled file names. 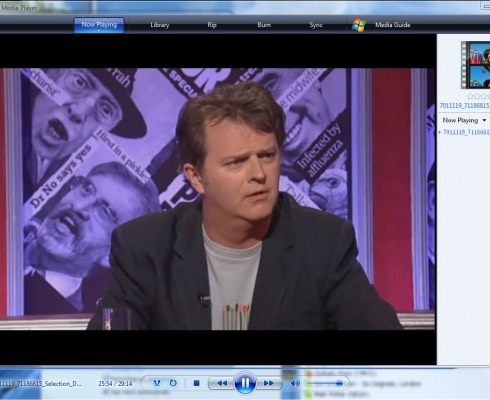 The quality of the video is actually quite good comparing it to other comparable websites. Even in full screen, you can expect a pretty decent experience. 30 minute shows tend to be around a 300MB to download and they remain on your PC for a brief time before being removed automatically.

The BBC iPlayer is not all smiles though. It desperately screams for a Windows Media Center UI, especially for people like myself who have an Xbox 360 through their much larger televisions compared to the PC monitors. At the moment you have to depend on deciphering the obscure file names (7011119_71186815_Selection_DOWNLOAD.wmv for example), which is a trial and error approach. If you have downloaded a few shows, well you could be clicking around for ages. Certainly not ideal. 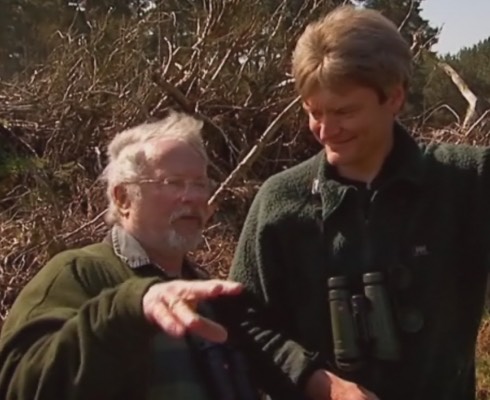 If this really is how media will be managed in the future, I am quite nervous. The desire of business to lock everything will only lead us all into requiring a set hardware and software standard by all channel services in delivery and until that day we are in a mess. I am interested in the BBC iPlayer and I will use it from time to time to catch up on missed episodes, but the same limitations that other services also suffer are prevalent here as well.

Let us be frank for a moment, the mainstream viewer isn’t going to use this service. If digital delivery is the next step, surfing through websites and acquiring content isn’t the way forward. Until we have a set top box connected to our mammoth sized television screens, we can forget these little Internet gimmicks as a mere intrigue and not much more.

Television has an immense task in preparing for the new world of sharing and delivery and just like the music industry, there are going to be many bumps along the road until everyone can achieve a happy conclusion. We are nowhere near that moment yet, however while we wait we can dabble with the offerings with a sensible amount of satisfaction.

I used the iPlayer beta last year, November-December, but it was clogging far too many resources and continued to share files even after shutting it down and specifically telling it not to.

It’s a shame, I do like watchign some shows, especially as I don’t watch TV, but I prefer having the programs compared to streaming and I won’t redownload it.

Being on a mac, for my main machine I only have the option to stream episodes. On the whole I have found the streaming to be considerably easier and more reliable than downloading, compared to when I was beta testing the windows client.

Although the recent move to allow programmes/series to be available to buy on iTunes has meant that you have cross platform and buying access, I would prefer to see a ‘free to watch, pay to keep’ model, if the content producers will insist on locking down their programs with DRM. Until then, people are just going to have to be spending more time swimming in the pirate bay.