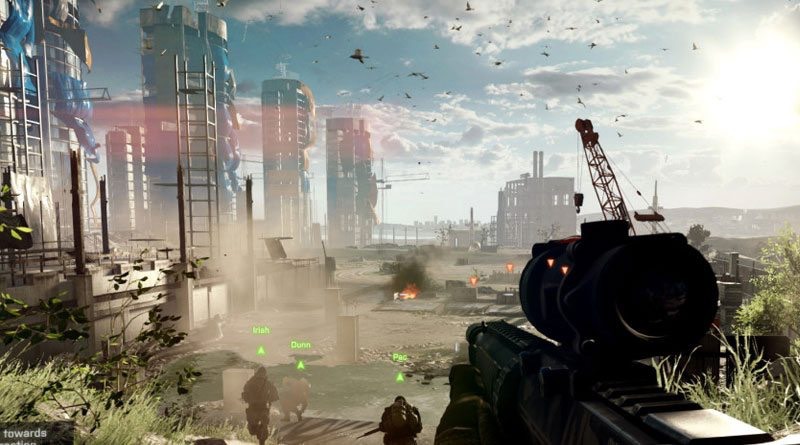 I popped over to see an old college friend today, who just happens to be photographer Daniel Hughes. With the recent release of Battlefield 4 for the PC, he couldn’t help himself and insisted on showing me the graphical prowess the title demonstrates.

Years ago we did exactly the same procedure except in this case it was first person shooter ‘Unreal’, which at the time was absolutely stunning running on a 3DFX graphics card. The hours we spent admiring texture quality, shadows, lighting effects and polygon counts! Battlefield 4 certainly encouraged the same curiosity in both of us and again we were zooming in on an individual leaf, gawping at character details and sat dazzled when watching the insanely good effects.

So using trusty Fraps, we recorded this footage from Battlefield 4 which we both hope you will enjoy!

If you are curious about Unreal, well I created a gameplay video of this too some time ago running on more modern hardware than was originally intended when the title first released:

How To #5: Chloe Yoga Easter Egg in Uncharted The Lost Legacy