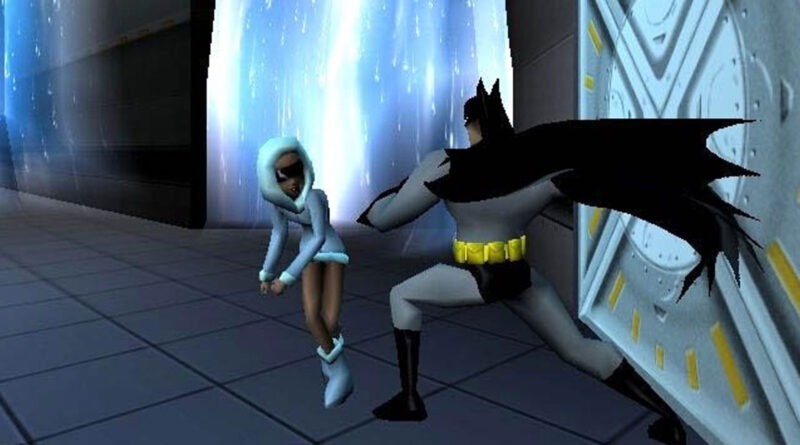 The Batman series of films, cartoons, comics and computer games have been around for a long time. The next generation of consoles are here and we are provided yet another Batman game.

The first Batman game I ever played was on the Megadrive. Although all you did was jump, kick, punch and throw batarangs, you were hooked as soon as you saw the logo spinning and the theme music playing.

Now I wonder what can be made of the power of the Xbox to make Batman come alive for today’s game players. The PS2 had this before the Xbox, but with the Xbox we have a few more features graphically such as higher textures and 60fps (PS2 was 30fps), so us Xbox users can enjoy better visuals and smoother gameplay.

The first level begins and the Joker is up to his tricks again. This time kidnapping and bombs are in his vicious cruel mind and our hero Batman has to save the girl like in all good stories. The first set of levels are more of a training experience to get you used to the controls and Batmans inventory system. After rescuing the girl, Batman returns to the Batcave where Batgirl works on the computers tracking and helping you as you go on through the levels. All the voices have been taken from the cartoon series so this is a big plus to the game, nothing worse then somebody making a pigs ear of the voices to throw you off the game plot. The only thing lacking musically is the famous theme. Where is it? To be fair the music is very close to the theme and is adrenaline pumping when put through a descent surround system, but what a shame this was missed out.

After your training your first real mission begins. You soon realise that like the older Batman game I was talking about earlier, punching, kicking and jumping and throwing batarangs are all in this game also. Amazingly in the 3D environment it works very well. As soon as a villain starts to attack, Batman and the camera following him switch to a good side view to allow for your attacks to make a good contact. An interesting addition to this game is the fact you now have to cuff your enemies after knocking them out, otherwise they will get some of their energy back and start looking for you again.

Batman has special moves which are triggered by the left trigger and a button on the controller. A list of these are found on your inventory screen, where you can view your items, special moves, alter game options and quit. No save option I hear you say, well there is, but oddly you have to quit and then save your game in the main menu of the game.

Of course a Batman game wouldn’t be a Batman without the Batgrapple to get you to higher areas of the game including buildings, and even plants. The outside levels can be huge and could have been very daunting if it weren’t for the a flashing symbol at the top of the screen letting you know there is a target to fire your Batgrapple at. By selecting this from your inventory, you notice a Batman symbol to aim at to shoot at. If this wasn’t easy enough, the cursor even shows you where this symbol is if you can’t see it.

Other then the Joker, villains include Poison Ivy and Dr Freeze. All pan out with you driving, flying, jumping and diving and beating up their stooges. After which you meet the man or women your after to which you have to cunningly find a way, and I don’t just mean always attacking them with kicking, punching, but with using objects surrounding them to get the better of them. The variety of gameplay is striking. In one hand you have the First Person Shooter feel when you are using items like the batarang. Driving the batmobile and flying the batwing makes for a nice change in the pace of the game, and then finally you have the adventure of roaming, finding keys and unlocking doors.

All the levels except one are interesting to play. One called Gas Works with gaping holes in the floor and enemies all over the place provides a less then satisfying experience, but luckily the rest of the levels are much more interesting.

The graphics aren’t the most amazing you’ll see for the Xbox as are most ports from lower powered formats, but an attempt has been made to improve the quality. Don’t expect bump mapping or high polygon counts, but you can at least enjoy a very authentic Batman style game. Cut scenes there are plenty off to help you follow the game plot very closely. Combining game engine cut scenes and FMV sequencers, you can replay to your hearts content from the main menu.

If you like Batman, then this is what you will want in your collection. Not the most impressive of Xbox titles your likely to purchase, but a good solid Batman game never hurt anybody. 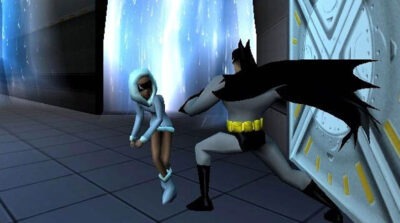