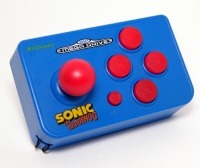 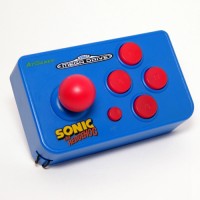 When I am asked ‘James what is your favourite console of all time?’, the legendary SEGA Megadrive instantly thrusts itself to the front of the line-up, although you may have known it in your region as the SEGA Genesis. The 16-bit era of video games was a beautiful assortment of classics including the world renowned Sonic the Hedgehog. Amazingly even now, new gamers are realising the charm and wonder that these SEGA titles featured in abundance. We have witnessed various devices deliver SEGA Megadrive-like experiences, featuring on the Xbox 360, PlayStation3, Nintendo Wii, PSP and other platforms including even phones.

Today though I present to you one of the smallest console gaming gadgets I have ever seen in my life. This SEGA Megadrive representation is as small as a keyring accessory and can be carried around like a snazzy piece of SEGA bling wherever you go. You will need to carry the cable around with you as well though if you are going for the portable approach. The Arcade Nano is essentially a little Megadrive emulator in a plastic covering that also houses the control elements. Featuring an arcade stick, the typical A,B,C and Start buttons – even an X button. Gamesbasement have been kind enough to send me three packs to take a gander at, so let’s make a start. 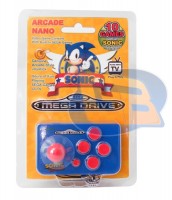 Accompanying the Arcade Nano is a single AAA battery, composite video and mono audio cable and of course the device itself all presented in a nice little package. The Arcade Nano can be attached to an item of clothing thanks to its little hook, a keyring, handbag or whatever other imaginative location you can conjure up in your SEGA obsessed mind, made easier when the dimensions are just a paltry 70 x 43 x 20mm (2.75 x 1.69 x 0.78 inches).

For a product that costs just around £10, you can forgive the quality of the actual controls even when they feel of cheap plastic. This is to be expected, however what will surprise you is that all the buttons and the joystick work far better than you might have imagined. Unscrewing a panel off the back of the device and entering the single AAA battery is all you require to power the Arcade Nano. Plugging the unit into the television is extremely simple using the included composite cable, although you will be sat quite close as the length provided is pretty restrictive. 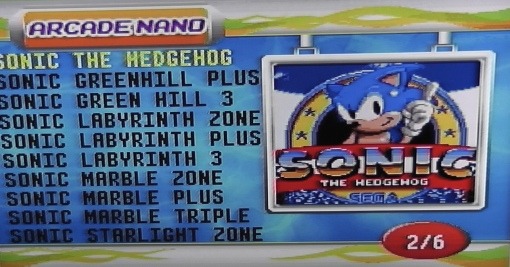 At this point a list of installed games are displayed on the screen, which are all built-in. Although some of the titles featured two player options, you won’t be taking part in any multiplayer action here as there is no way to combine units, but again at this price point you would be expecting a lot if you did! 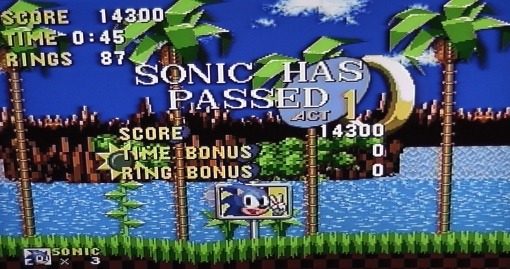 If you want to expand your selection, you will need to purchase another unit entirely and there are three to choose from. The most popular will no doubt be the Sonic the Hedgehog collection, which includes Sonic the Hedgehog, Sonic the Hedgehog 2, Sonic Spinball, Sonic 3D Blast and Alex Kidd. A second white controller includes Virtua Fighter 2, Shinobi III, Golden Axe III and Alien Storm. Lastly a more puzzle focused line-up which features Columns, Columns III, Flicky, Arrow Flash and Dr. Robotnik’s Mean Bean Machine. There are also additional games included on all of these devices, although these are not up to the same quality. Also listed are level selections for a few of the games on offer, so if you want to skip ahead to your favourite Sonic the Hedgehog level, you certainly can transport yourself ahead to that point without all the bother beforehand. 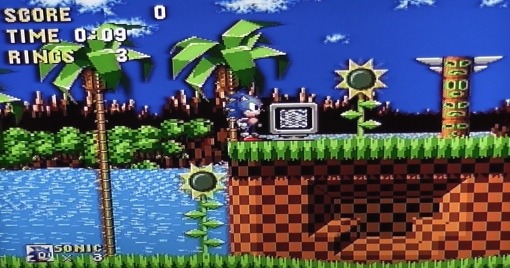 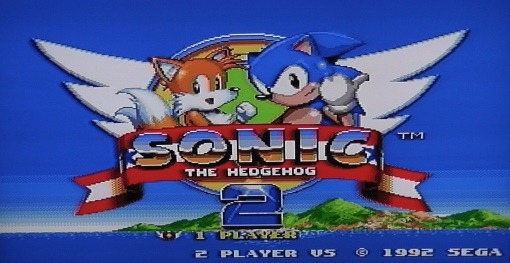 The memories certainly flood back for the more nostalgic among us and it was a pleasure to be consumed by the entertainment value these games still bestow. It is when we concentrate on the sound quality that things become a little more disturbing. The audio representation is quite poor in places yet still managing to be bearable, however it is the music that takes the worst beating. The famous and instantly recognisable Sonic the Hedgehog music became a quite depressing tonal affair. What is usually quite a happy and magical expression of joy somehow turns quite creepy and sinister, but once you remind yourself of the price you forgive even this noise. 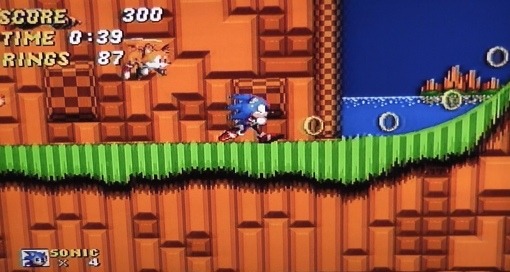 As bad as the music quality is, you can’t help but fall in love with this cute little device priced at around £10. Graphically speaking they are very good emulations of the original games, running quite closely to full speed and thoroughly enjoyable. I can certainly imagine one of these tucked in among a selection of smaller gifts this Christmas, so if you are looking for that one present that is quite a bit different from the usual suspects, the Arcade Nano is certainly a strong contender, even if at the very least it is used as a great conversation point.

Thank you to Gamesbasement for sending the devices for review.

It really is as cool as it looks. A great bit of kit even if the music is a bit off.

great review :) I have had mine just over a week now and I still look forward to playing on it every night – I don’t have enough room in my bedroom to have game consoles but this plugs straight into my portable tv!

Glad you are enjoying the item reviewed.