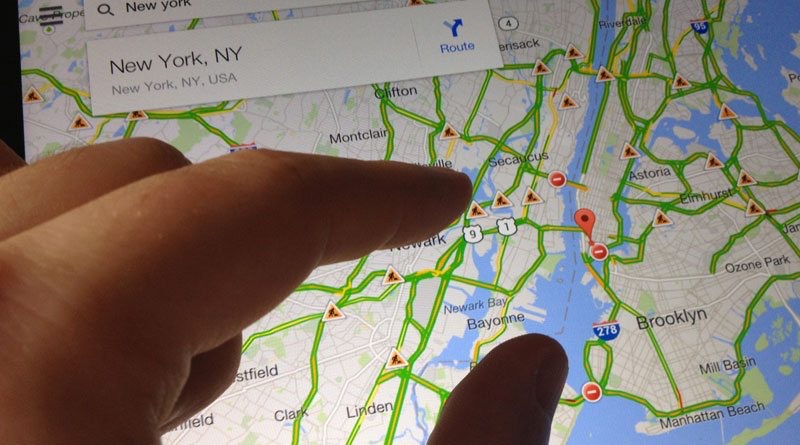 Imagine for a moment your finger is a magic wand. With certain movements and flicks, various actions will occur on-screen. The result can vary on the selection of operating systems available, however many employ similar methods if not identical ones when controlling an app.

Here are a few of the most common examples, although bear in mind that many will only be available on multi-touch devices…

The most basic interaction of course is a simple tap of the screen. Most commonly used to select a virtual button when selecting a function or part of the navigation.

A quick method of triggering an event without the need for additional buttons appearing on-screen. A fast action that works well for targeting and zooming in on a particular section of content.

Pressing and holding an area of the screen can reveal additional options. Typically these are less important features that the app designer wishes to be kept away from the main operations – reducing clutter.

Scrolling vertically (up and down) or horizontally (left and right) is achieved by sliding your finger along the screen in the direction you wish to reveal that is currently out of view.

Imagine two separate panels each containing different sets of information. The slide gesture as discussed previously follows the content continuously – stopping wherever you desire. Flicking is a faster method that allows you to hop between individual sections where scrolling isn’t required.

Moving objects around the screen are usually achieved by pressing and holding down on an item and without releasing your finger, moved over to where the target area lies. At this point the finger is released.

Moving both your thumb and finger towards each other is typically used to zoom out – squashing the content with your two digits.

The opposite of a pinch, the thumb and finger are this time stretched apart from each other – perfect for zooming in on content.

Usually to reveal additional information, the device itself can be rotated showing a graph or other statistical data. Another method is to twist two fingers in a clockwise or anti-clockwise fashion. This can be implemented when you believe the device will be sitting statically in a dock and cannot be physically rotated.

Of course, you needn’t be limited by these actions alone and new ones appear from time to time as operating systems evolve. Feel free to experiment with two or even in rare cases three finger operations. Keep it as simple as possible though!