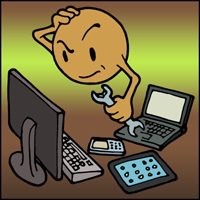 When creating an app, your concentration may solely reside within the software aspect. In fact the hardware utilised by your creation will also determine key elements of your design and potential features – so analysing the capabilities is an important part of the initial planning.

The term ‘app’ is best known since its appearance on smartphones, however over time they have appeared on other popular platforms including tablets, computers, set-top boxes, televisions and seemingly more and more devices with each passing year.

Unfortunately apps have been substantially diluted with their so called implementation within certain hardware platforms. It’s considered cool and trendy to state that a product supports such things as ‘apps’, however in reality these masquerades are often only templates that allow various media content providers access to the hardware. They are certainly not in any way capable of creating truly unique, functional or inspiring apps.

Fortunately this is not the case on all devices including many phones, portable music players, tablets and computer operating systems – which don’t fall into this marketing trap and actually give programmers and designers almost limitless possibilities for their chosen platform.

Hardware provides the basic capabilities so that software when properly nurtured can flourish. Even budget platforms offer an opportunity for app designers, especially if you take the time to understand what lies beneath the surface and maximise its potential.

Here are a few examples…

The way in which you hold a device can determine a number of factors and this is often dictated by the dimensions. You may not be able to reach all the sections of the screen at once with multiple fingers if it is fairly large or bulky. A hand may need to hold the device while the other interacts with the controls. Weight will also play a role and adjustments may need to be made to allow for such possible strains.

Although nowadays the app world is littered with touch-screens, apps are quickly appearing elsewhere. So will it indeed feature a touch-screen or will you need to provide an experience that is better suited for a touch-pad, physical buttons or even a traditional keyboard and mouse? You may even attempt to try something worlds apart from the norm, but I will allow your imagination to conjure up ideas.

The processing power or ‘speed’ at which the device can display vibrant and interactive graphics is crucial for a pleasing experience. You may need to avoid overly complicated on-screen action if it bogs down the hardware capabilities to an unpleasant stutter.

The size of the display will also dictate how much information can be displayed at any one time. Resolution will also play its part as what may look out of this world on an earlier device, may look shockingly poor on a more capable screen.

Whether using internal or additional storage media, file space is always one of those things that can’t be taken for granted. Thankfully the era of gigabytes has taken over from megabytes, however devices will vary quite wildly in available space and users can be distraught if they feel too much is allocated to an app.

App capable devices are far more than just a screen and a few basic components. As one manufacturer attempts to outdo the other in the race for technological supremacy, additional features are added with every new generation that appears. Investigate these carefully as no doubt there will be opportunities available that can really excite the imagination.

Unfortunately not all devices utilise the same programming language and therefore further learning or even outsourcing may be required. You may also need to buy specific hardware to even begin coding your creation and developer tools can incur a yearly charge.

These and many more considerations need to be taken into account as they will greatly impact your design and will be discussed in far greater detail later in the App Creation series.

For the avid technology enthusiast, purchasing the latest hardware is often part of the course although not everyone will delve into the ‘latest thing’. Providing an app that is wonderful on the most recent gadget is vital, yet consideration and additional thought should be given to those devices that may lack the technical benefits of its more capable successors.

The result could be to limit the quality of graphics or even removing certain features that simply aren’t possible due to the lack of the needed hardware requirements.

You needn’t restrict yourself by targeting just one device type and rather than creating separate apps for alternative hardware, you can also create ones that are compatible with various platforms, yet remain a single app. This is known as a ‘universal’ app, which means it can function perfectly fine on multiple device types.

In some instances, tablets for example can run apps that are designed for much smaller devices such as smart-phones. These however never fully utilise the potential as these are often intended to run natively (work best) elsewhere. This effectively becomes a very poor substitute, which may allow access to the app, but fails to properly utilise the features available.

Universal apps are designed to detect the platform it is being run upon be it smart-phone, tablet or computer and adjust accordingly to take full advantage of what’s available. The most visible changes appear as interaction differences and the layout of the content.

There will also be guidelines available that must be observed to be featured on an app marketplace. This may include strict rules that instruct app designers to for example, restrict total file size below a set figure and far more besides. Make sure you check these out thoroughly before coding begins.

Podcast #11 – We Are Versus with Siren and Vixen