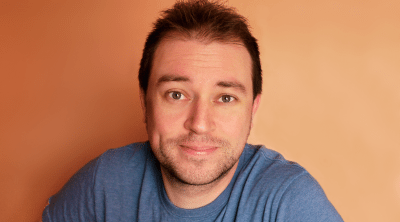 During this period Bright AI secured contracts with a British telecommunications company, which helped grow the business as a whole and helped move Bright AI into the mobile. In 2008 the iPhone development platform started to show promise and they started to look into developing for Apple’s iPhone. A few years later, they now have a team of 8 staff and a wide collection of applications published on iPhone, Android, Blackberry and J2ME devices. Core projects span a number of high-brand and sports applications for clients; where they have created a number of successful sports applications and services for the English Football Premier League teams, and are now starting to publish their own applications including chart topping Lottery Results application and video game guides.

Having left University in London, Anthony Barker worked at a leading e-learning company in Brighton for two years as a Graphic Designer. He left to follow his passion to become a freelance designer, working for a number of key brands spanning different media types from Web design to print media.

How realistic is it for an individual to create their own app?

It can be a fairly complex process, more so if you are a single skilled individual in either programming or graphic design. You will at least need some programming knowledge in the platform you are aiming to make an App for, whether that is for iPhone, Android, Blackberry and J2ME devices. For iPhone there are a number of basic off-the-shelf solutions to create an App, but these ‘sausage factory’-like solutions do not provide a rich or unique experience for the user. Making a bespoke App that is tailored to the content you wish to create is the most successful and rewarding solution, however such routes can take time and require a number of skills, from programming to design and graphics. The skills and time really need to be assessed whether making such an App will give you a good return for the time and effort you put in. It is a risk, but sometimes it can be very rewarding, but beware… We have experienced both ends of the scale.

What is involved when creating an App for a client?

A typical App begins with the client supplying us with a high level brief outlining the subject, the platform or platforms it needs to be on, and the type of content that the App will contain. In our experience, not many clients supply a layout structure or design in their brief, so this is where we step in to create the layout of the App as well as the Apps whole look and feel. With the artwork and design signed off by the client the next phase is production and development, where our programmers enter the project to create the foundations of the App using our design as a guide – whilst also inserting the graphical assets. Throughout this process, the client receives regular development builds from us. This is where they can check on the project, share their feedback so that we can fine-tune and tweak the App until it is completed. Depending on a number of factors, applications can take from a few weeks to a few months. On average, development time for an App is usually 3-4 weeks from initial design to having an App ready for distribution.

What are the most challenging aspects of creating apps for other companies?

Over the years I have been in this industry, we have found staying in budget can be one of the main challenges in developing applications for clients. The initial brief can suddenly increase in specification, as the client soon understands the limitations of developing a mobile application. This can make an initially budgeted 3-week project grow into one that is 6-weeks and at this stage the project suddenly doesn’t become any more profitable, and other booked projects soon suffer from resources being sunk into a now delayed project. Key features need to be ironed out before a project commences, over time we have learnt the hard way and even though you think you have it all covered it can sometimes make you believe otherwise. This makes working with existing clients that are aware of developing for these mobile platforms much easier to work with.

Apps are continually modified and enhanced to make use of the latest hardware advancements and software updates. Does this continual momentum cause any problems?

Device and firmware upgrades can provide their own problems in development. The solution to overcome this is via early access to firmware and devices prior to their public release. As long as you are part of a developer program for that platform you usually have access to these updates, sometimes 2 months before its release, which gives you plenty of development time to iron out any bugs or issues that these releases introduce. Having access to early hardware is usually rare for developers, with only the most active or credible teams having the opportunity.

As a developer, to give your App the widest audience, you have to support a wide variety of firmware’s and devices. This can bring a number of problems and limitations for your application where support for key features will be limited for older devices and at times you just have to draw a line on how far back you wish to go while also risking limiting your potential audience. You hope users will upgrade, but in our experience not many users are prepared to do so as instantly as you would like.

How do you see the app world changing in the future?

The last 3 years has seen a big change in the mobile application industry, you could say it has been a complete reboot. Apple’s App Store has proved to be the main influence of the big App boom. Selling applications for a mobile device has never been easier, access to content has been made as easy as purchasing a music track or video rental. Apple has truly spun the mobile space around, and has been making bedroom developers and micro-studios compete shoulder to shoulder with much bigger developers and publishers in the industry.

I can see the App bubble grow ever more so, as more and more developers take the plunge in development. This is great for consumers, but with the deluge of Apps on particular App Stores the honeymoon period is certainly over. In today’s App Store, a cutting-edge application or game can be so easily buried amongst the chaff, waiting to be discovered. An App’s success will become purely down to its marketing and recommendation from its users, who may share their newly found App discovery on social networking sites like Facebook or Twitter.

So I see Apps going down a similar route to the current video gaming industry, where an App’s success will be driven by the amount of marketing weight behind it. This means larger developers and publishers who have the money to promote their apps will drive success, however as we have seen with titles like Flight Control and Angry Birds, at times smaller developers can share the consumer spotlight, blossom and reap its rewards.

Software will certainly continue to develop in the future, bringing along with it new possibilities and ventures. I believe we will see more web-based content and cloud computing on devices as mobile networks offer faster data speeds and consumers get more ‘connected’.

Hardware capabilities will of course increase too, but I think speed-wise we may be reaching the peak of how fast consumers will notice the difference in performance in certain applications. Gaming Applications will drive the need for consumers to upgrade their hardware in the future, as-well-as device features such as high-resolution cameras and storage sizes, which in-turn will push a change in form-factor.

Applications on these future platforms will continue to support these changes, with Apps and the App Stores themselves becoming a deciding factor for the consumer as to which device they wish to purchase.

Making an application is no easy task. It can be a tough market to be in, and even at this early stage you join tens of thousands of developers, all fighting to be the next chart-topping success. However, with the right skills, ingredients and knowledge – in time you could be there. Listen to your users, enjoy the highs that come with App development and learn from the lows, but at the end you come out of it with a smile on your face. So at the end of the day if you are not having fun then being an application developer may just not be for you.