Skip to content
You are here: Home > Platforms > Microsoft > Xbox 360 > An Interview with… James Woodcock – Gaming Q&A by Dave Moran 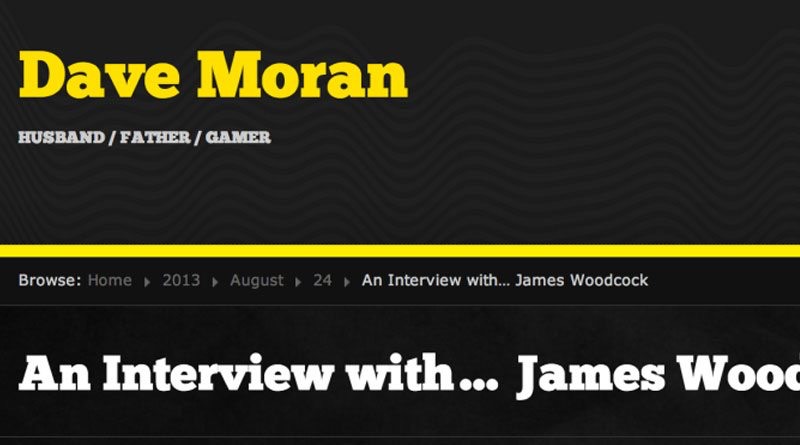 Recently, I have been featured on Dave Moran’s personal website with a set of questions on my background, interest, loves and what my hopes are for the gaming industry.

I’ve been on Twitter for a number of years now, and there are people on there who I have followed for absolutely ages, one of them is James Woodcock.

I’ve always enjoyed James’ work, especially things like 360Zine and his reviews spring to mind. I was lucky enough to ask him a few questions about his gaming habits and thoughts on the Xbox One and he kindly replied with some great answers that can be found below.
An Interview with… James Woodcock

The rather lovely @JamesWoodcock has kindly answered some questions on my blog, go and have a read! http://t.co/ViIOwBBZqr

So here are my answers…

Tell us a bit about yourself….

Hello everyone, my name is James Woodcock and for over a decade now I have been a Freelance Journalist specialising in gaming and technology. I have written various articles and reviews, created podcasts and video content for various publications in both digital and print form.

What are you playing at the moment?

I have a range of computers, consoles and devices. At the moment though, enjoying older titles including Assassins Creed 2 (via the free offer on Xbox Live for Gold members), Bejeweled Blitz which is an addictive puzzle game on Steam and I always end up playing Halo 4 online, which is just wonderful fun and reminds me so much of the days of Halo 2 and the effect it had on the multiplayer community.

What games are you most looking forward to in 2013?

Xbox One exclusive Titanfall appears to have a lot of pace, action and gigantic mechanical beasts to operate, what more could I want! Continuing with the next generation, Assassins Creed IV also looks interesting with its more open world setup, that you can jump in and out of from one arena to the next without any loading pause to break the excitement.

What are your thoughts on the Xbox One? Will you be getting one? 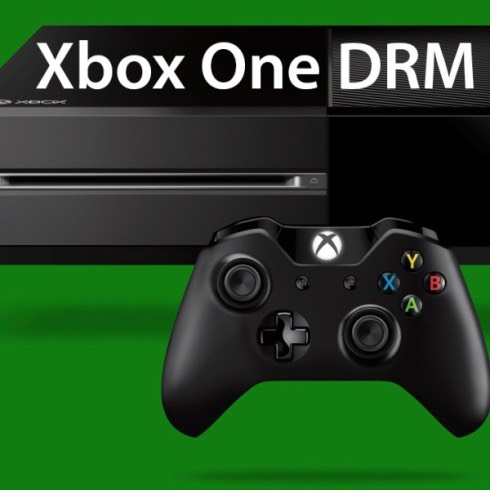 I believe it is fair to say Microsoft have made a number of serious errors over the last few months in trying to explain the virtues of the Xbox One. I blame this as much on the PR as I do some of the DRM decisions. I actually wrote an article ‘The Xbox One Eighty – The Microsoft DRM Reversal A Backwards Step?‘ that goes into a little more detail, but suffice to say it’s been a mess!

I will be getting one though on the basis I have loved the original Xbox and following Xbox 360 consoles, preferring them over the competition overall. Xbox Live is still a tough system and community to beat and I don’t believe that either Sony or Nintendo currently have anything near it to entice me away. I haven’t pre-ordered one, however further down the road it is only a matter of time.

Personally, the idea of the new Kinect bundled with the console is spot on – allowing developers to take full advantage of hardware that they know is available to every single Xbox One gamer. That doesn’t mean every title will insist we wave our arms in the air, far from it. From the technology demonstrations that have appeared on the web, there is far more to Kinect 2 such as monitoring your reactions, mapping your face to appear within the game and other little features that could make a huge difference in the future to our gaming habits. The possibilities are really exciting and I hope it lives up to the high expectations I have, as we all know the current Kinect just wasn’t able to detect enough ‘things’.

I also wonder what the HDMI-In will bring to the equation, I know Microsoft have focused on television programming at the moment, but let’s not forget the Xbox 360 – could we plug that in and experience the console a little differently?

What has been your favourite game so far this year?

Halo 4 without a doubt (within the last 12 months). I was so nervous when I heard 343 Industries were taking over from where Bungie had left off. Could a new studio really take Halo further, yet pay homage to the previous titles and give them a good swift kick up the backside where it lacked?

The result was actually pretty spectacular, taking the game engine to new heights with superior visual quality and the gameplay was just delightful. Online though is where it really shines, it just feels… RIGHT.

Can’t wait for Halo 5 on Xbox One!

What achievement are you most proud of getting?

Completing Call of Duty 2 on the hardest difficulty. Oh my god, I spent hours repeating the same scenes over and over again until I finally advanced past a section. It took a lot of perseverance, but I got there in the end. Usually completing a game on the highest difficulty setting doesn’t appeal to me, however here I was on a mission.

What got you in to gaming?

One Christmas, my parents purchased me an Atari 2600 console. Playing such titles as Centipede, Crystal Castles, Pitfall and so many others kept me entertained for days, weeks and even years. I thank (and probably blame too) this console for all my current gaming expenditure.

What was your first console?

As above, the Atari 2600 – which later moved on to other brilliant systems including the Commodore 64, SEGA Mega Drive, Saturn and Dreamcast … so many others detailed here.

Who is your favourite character in gaming and why?

Simon the Sorcerer, I am a huge fan of point and click adventures ranging from Day of the Tentacle, Broken Sword, Sam and Max Hit the Road and so many others – so Simon from Simon the Sorcerer makes a lot of sense for me.

If you could have one classic game remade what would it be?

Cannon Fodder, there are so many titles I would love to see rekindled onto a modern device – however this classic ‘War has never been so much fun’ game is screaming out for a fresh reincarnation, taking advantage of all the amazing hardware we now enjoy today.

And finally, what are your top 5 games of all time?

Good grief! Well not in any particular order…

DivX and XviD Playback on Xbox 360