In the latest issue of P3Zine, I interview Darren Williams regarding the new run, shoot, kill as quick as you can game that is due to be released next year. The interview is an audio recording with a cut down transcript that both feature in the magazine for your enjoyment.

P3Zine is a free PlayStation 3 magazine written by professional video games journalists in the UK. It features PlayStation 3 games previews, reviews and interviews, all enhanced with video and multimedia on the magazine pages themselves.

The strumming of guitars and the crashing of cymbals are the embodiment of Rock Bands. The rhythmic pulses and catchy

Today we recorded Monster Cast #13, produced for the Console Monster website – covering news from all of the major 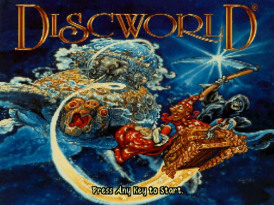 Discworld Classic Point and Click Adventure – Did You Get the Number of that Donkey Cart?

In a secondhand set of dimensions. In an astral plane that was never meant to fly. Somewhere in darkest Ankh-Morpork,